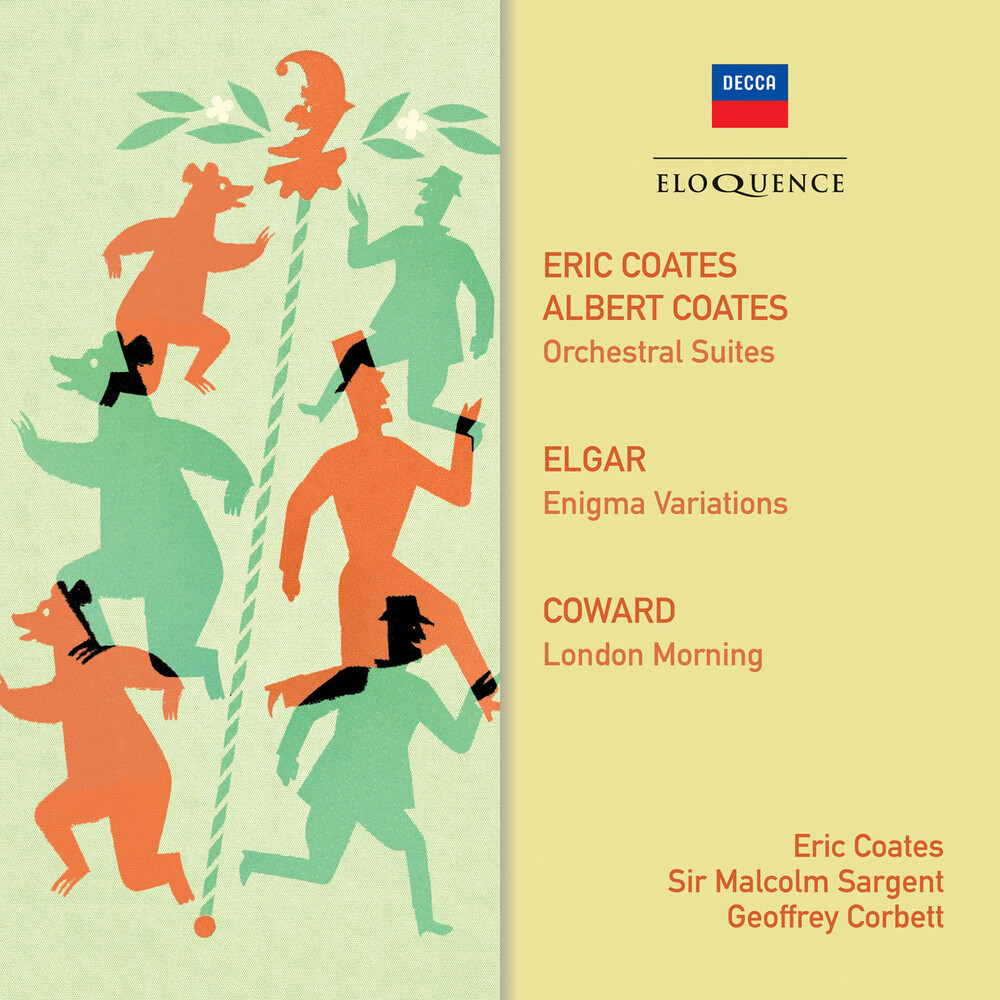 Four 1950s Decca records of popular English music, newly remastered and issued complete for the first time on CD. Better than anyone else, Eric Coates and Sir NoĂ«l Coward captured the moods of middle-class, mid-century England at it's most optimistic - and in other ways most nostalgic, comforting their audiences and distracting them from their troubles with music as changeable as the weather if orchestrated always on the sunny side. The revival of interest in British light music makes this collection all the more appealing, featuring first recordings of three extended orchestral suites by Coates (recorded 1949-1954) and Coward's London Morning ballet. The Three Bears is a brief orchestral fantasy on the tale of Goldilocks, illustrated by Coates with a Straussian pictorial relish. The Three Men captures the characters of a trio of English archetypes, in the country, in the city and at sea and The Three Elizabeths present a gallery of royal portraits, unified by a motto theme made famous as the signature tune to the BBC's film adaptation of The Forsyte Saga. Perhaps his most developed score, The Four Centuries crosses the ages from seventeenth-century pageantry, through the age of the waltz to the hectic world of big-band jazz. As a former professional violist working under Sir Henry Wood and Sir Thomas Beecham, Coates knew how to tell a story through notes with the fewest notes and the most character. Coward's success was also built on economy of means, with words as well as notes. Orchestrated by Gordon Jacob, his score for London Morning deftly sketches one scene after another: a suburban family, a girl teasing a sentry and a bobby on the beat, all to the familiar accompaniment of rain and bells. As a conductor rather than composer, Sir Malcolm Sargent embodied English music-making of the 1950s no less than Coward or Coates. This collection is completed with a new remastering of his 1953 Decca album, pairing Elgar's Enigma Variations with a suite of theatrical music by Purcell as arranged by the conductor Albert Coates (no relation of Eric).
All New Items on flyvintageandvinyl.com are Priced Below MSRP
and do not reflect our in-store prices and are not necessarily in stock at our physical store.
In fact, most items won’t be because we’re a small, family run business and don’t have space to stock nearly 500,000 new titles.