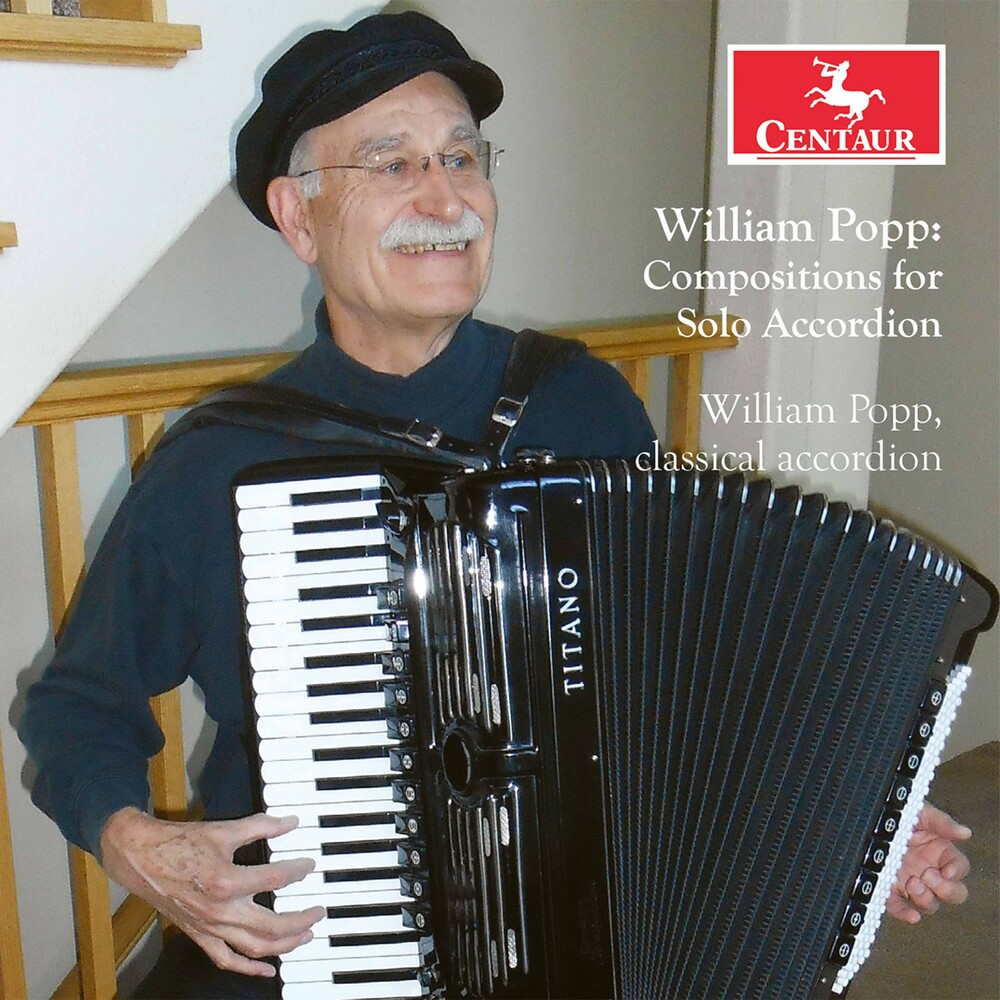 William Popp, one of today's greatest classical accordionists, plays his own musical compositions. These are wonderful, spirited pieces to which you will want to return over and over again. William Popp began his music training on the piano at the age of six. After only a year, the lessons were discontinued because of a family move leaving the piano behind. He began accordion lessons at the age of 11. He earned a Bachelor of Music degree and a Master of Arts degree in accordion performance from the University of Denver where he studied with Robert Davine. He has performed and toured extensively on accordion and harpsichord with the United States Air Force Strings and has appeared with this group at such prestigious venues as The White House, the State Department, the Smithsonian, and the Kennedy Center. William Popp has also performed in concert with members of the National Symphony Orchestra, the Denver Symphony Orchestra, the 21st Century Consort, National Musical Arts, the Colorado Chamber Players, and Young Audiences, Inc. He has toured throughout the world with the USAF Strings and has appeared as a soloist in Beijing, China.
All New Items on flyvintageandvinyl.com are Priced Below MSRP
and do not reflect our in-store prices and are not necessarily in stock at our physical store.
In fact, most items won’t be because we’re a small, family run business and don’t have space to stock nearly 500,000 new titles.