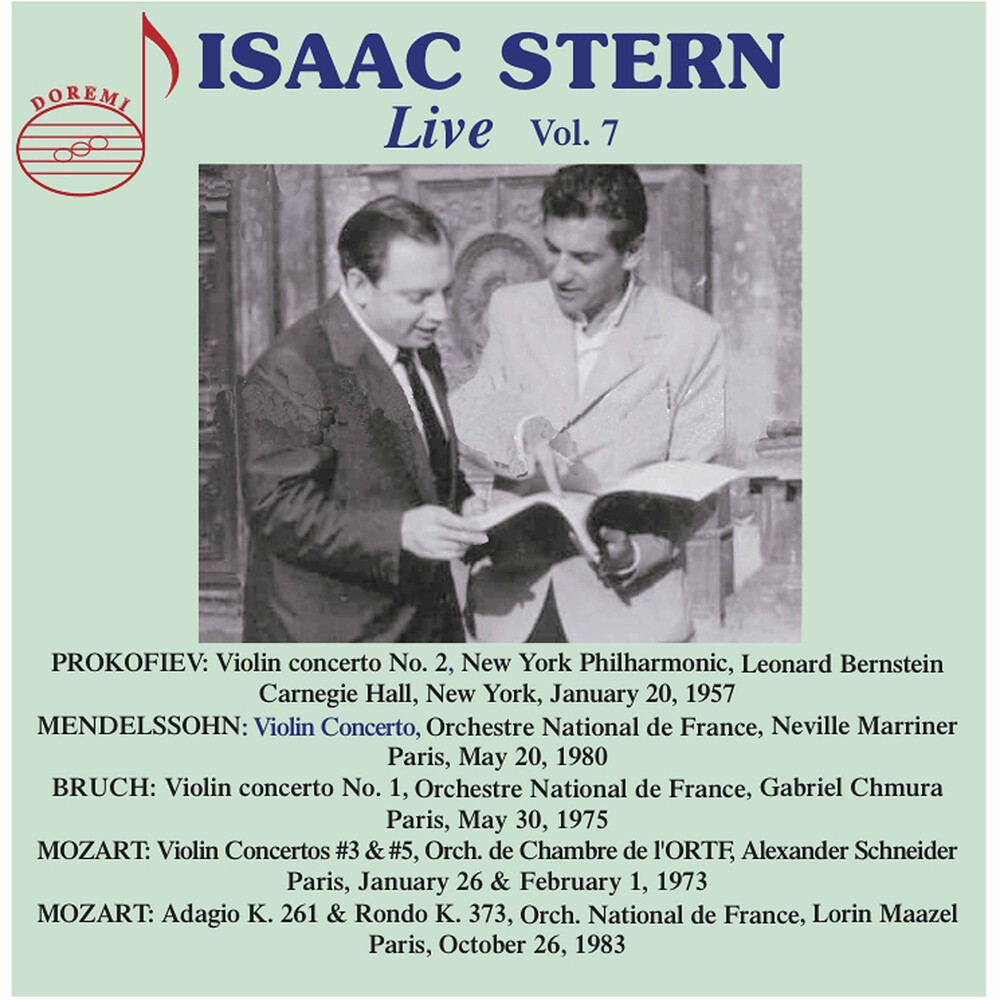 Isaac Stern's career as a solo artist, chamber musician, and much else (he led the movement to save Carnegie hall) was remarkable. These albums of his live performances are an eloquent testament to his musical insights, technical command and his gorgeous, luminous tone. Isaac Stern was born in 1920, in Krzemieniec, now in Ukraine. A year later his parents came to San Francisco. Violin lessons began at eight, with Naoum Blinder. Two years later he made his debut, playing Bach double concerto with his teacher. His Town Hall debut in 1937 was followed by a Carnegie Hall debut in 1943. He was the first American artist to tour the former Soviet Union-and as a result became a deeply respected figure there. The campaign to save Carnegie Hall began in 1960. The Six-Day War of 1967 saw his iconic performance of the Mendelssohn Violin Concerto with Leonard Bernstein on Mount Scopus. His involvement with Hollywood, which began in 1948 with his performance in Humoresque, was followed up in 1971, when he played on the soundtrack of Fiddler on the Roof. His travel to China in 1979 led to a resurgence of classical music in that country. He recorded prolifically and received countless honors and tributes. Isaac Stern passed away at the age of 81 in 2001.
All New Items on flyvintageandvinyl.com are Priced Below MSRP
and do not reflect our in-store prices and are not necessarily in stock at our physical store.
In fact, most items won’t be because we’re a small, family run business and don’t have space to stock nearly 500,000 new titles.