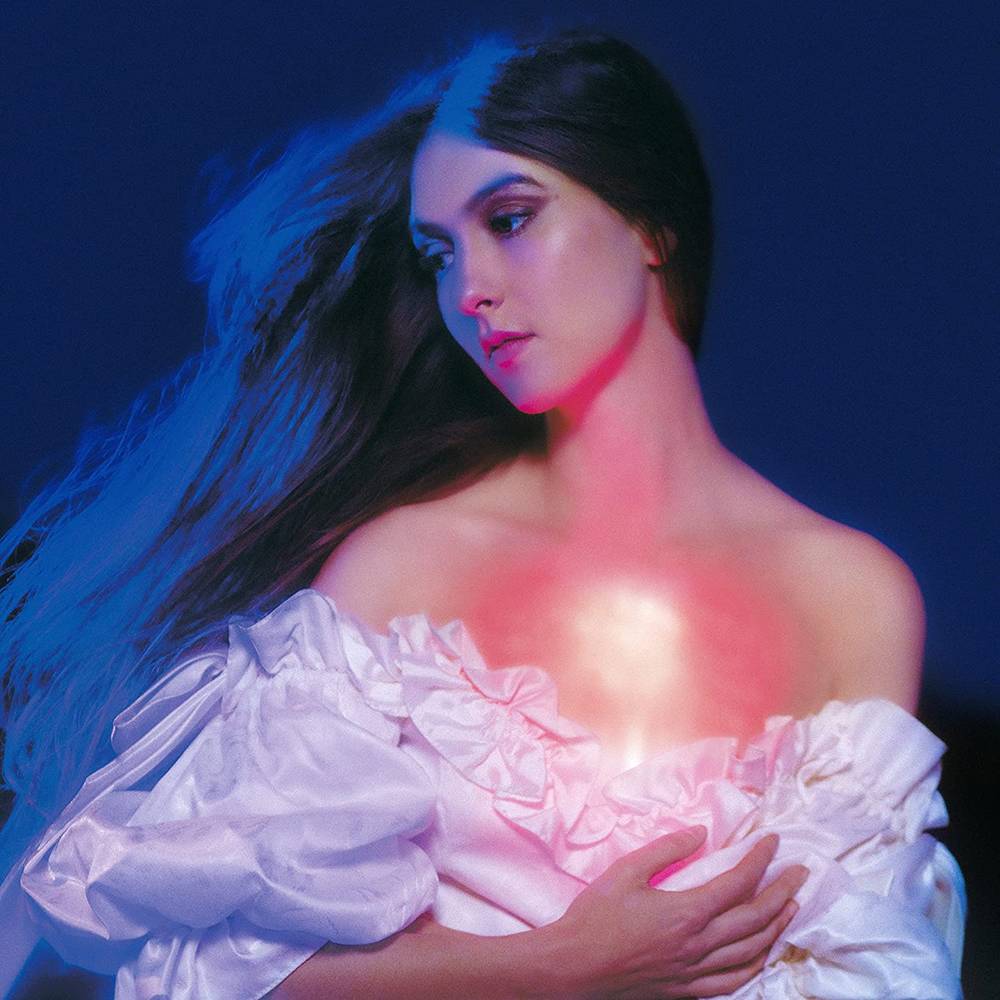 Technological agitation. Narcissism fatigue. A galaxy of isolation. These are the new norms keeping Weyes Blood (aka Natalie Mering) up at night and the themes at the heart of her latest release, And in the Darkness, Hearts Aglow. The celestial-influenced folk album is her follow-up to the acclaimed Titanic Rising. (Pitchfork, NPR, and The Guardian admiringly named it one of 2019's best.) While Titanic Rising was an observation of doom to come, And in the Darkness, Hearts Aglow is about being in the thick of it: a search for an escape hatch to liberate us from algorithms and ideological chaos. "We're in a fully functional shit show," Mering says. "My heart is a glow stick that's been cracked, lighting up my chest in an explosion of earnestness." And in the Darkness, Hearts Aglow opens with the wistful, winsome "It's Not Just Me, It's Everybody," a song about the interconnectivity of all beings, despite the fraying of society around us. "I was asking a lot of questions while writing these songs. Hyper-isolation kept coming up," Mering says. "Our culture relies less and less on people. Something is off, and even though the feeling appears differently for each individual, it is universal." Other tracks follow in kind. The lullaby-like "Grapevine" chronicles the splintering of a human connection. The otherworldly dirge "God Turn Me into a Flower" serves as allegory about our collective hubris. "The Worst Is Done" is an ominous warning, set against a deceivingly breezy pop melody. "Chaos is natural. But so is negentropy, or the tendency for things to fall into order," she says. "These songs may not be manifestos or solutions, but I know they shed light on the meaning of our contemporary disillusionment."
All New Items on flyvintageandvinyl.com are Priced Below MSRP
and do not reflect our in-store prices and are not necessarily in stock at our physical store.
In fact, most items won’t be because we’re a small, family run business and don’t have space to stock nearly 500,000 new titles.