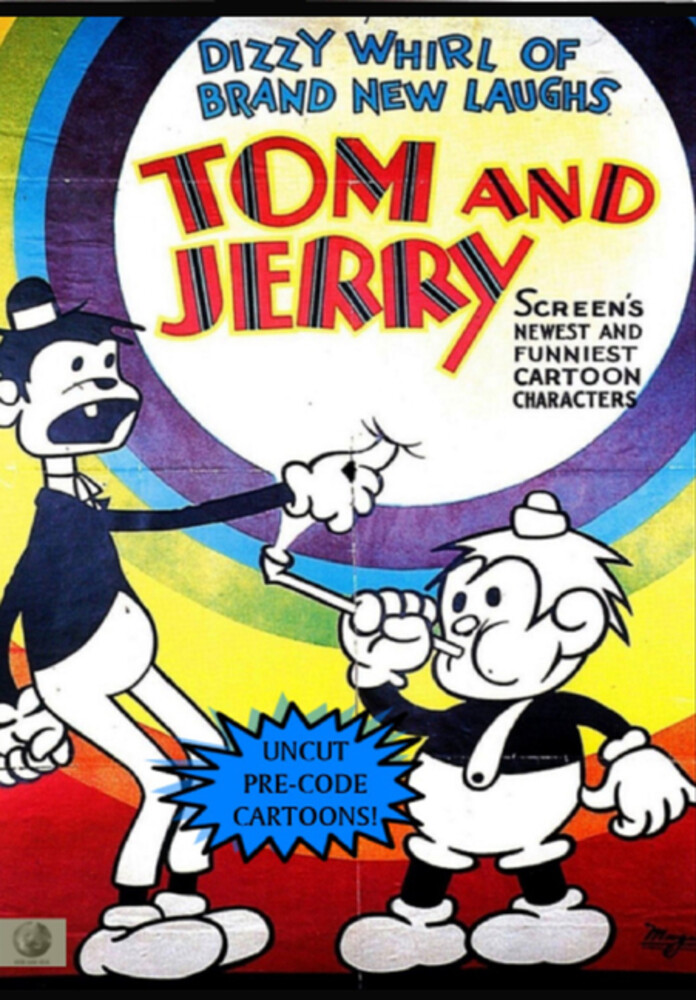 Surreal fun and antics await you in these timeless cartoon classics from the Van Beuren Studio! Tom and Jerry were created by animation director John Foster, and New York based artists George Stallings and George Rufle in the early 1930s. The characters were based on Waffles the Cat and Don Dog from the Aesop's Fables cartoon series, and were inspired by the popular comic strip Mutt and Jeff; Several animators from the Fleischer animation studio (Betty Boop) moonlighted for Van Beuren, which was located right across the street! These animators took their surreal and kooky animation styles with them to work on Tom and Jerry. Joseph Barbera, of Hanna-Barbera fame, also got his start working on this series; In the 1950s, the characters were renamed Dick and Larry to avoid confusion with the famous cat and mouse duo. Today, Van Beuren's Tom and Jerry have a loyal cult following among 1930s animation fans. Find out why in this collection of 16 uncut, pre-code cartoons: Wot a Night (August 1931) A Swiss Trick (December 1931) Rocketeers (January 1932) In the Bag (March 1932) Joint Wipers (April 1932) Pots and Pans (May 1932) The Tuba Tooter (June 1932) Plane Dumb (June 1932) Redskin Blues (July 1932) Jolly Fish (August 1932) Barnyard Bunk (September 1932) A Spanish Twist (October 1932) Piano Tooners (November 1932) Pencil Mania (December 1932) Magic Mummy (February 1933) A Fireman's Life (April 1933)
All New Items on flyvintageandvinyl.com are Priced Below MSRP
and do not reflect our in-store prices and are not necessarily in stock at our physical store.
In fact, most items won’t be because we’re a small, family run business and don’t have space to stock nearly 500,000 new titles.