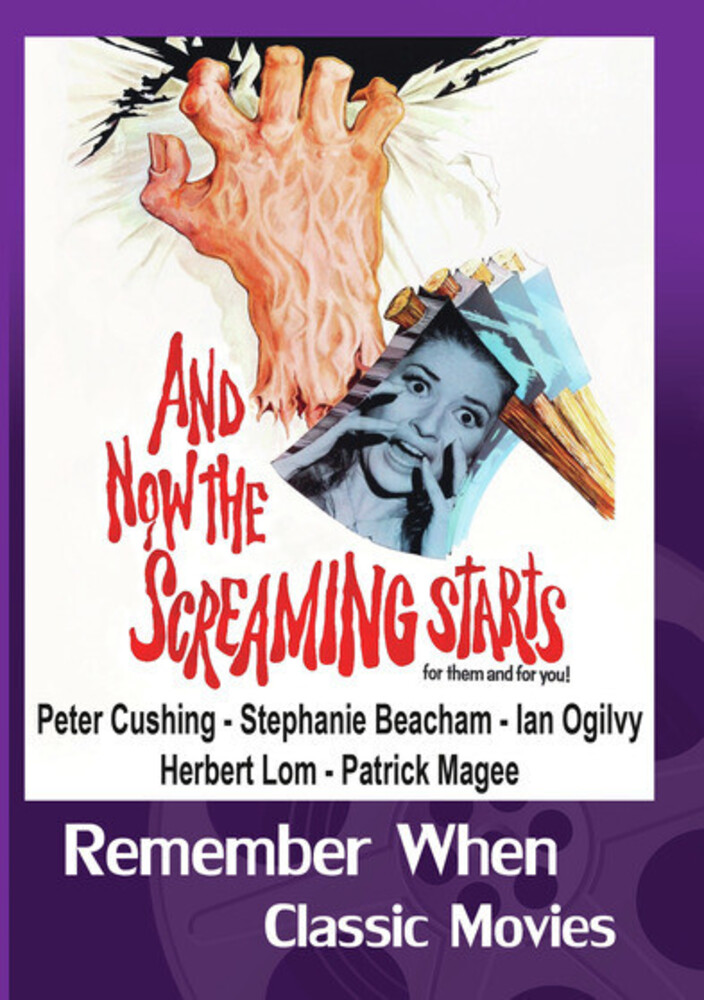 And Now the Screaming Starts! Is a 1973 British gothic horror film starring Peter Cushing, Patrick Magee and Stephanie Beacham. The large gothic house used in the film is Oakley Court near Bray Village, which is now a four-star hotel. In 1795, newlyweds Catherine Fengriffen (Stephanie Beacham) and Charles Fengriffen (Ian Ogilvy) arrive at Charles' family's castle to begin their married life together. When Catherine arrives she feels an interest in the portraits of the Fengriffen family, particularly the portrait of Charles' grandfather Henry Fengriffen, which seems to have an evil entity possessing it. While admiring Henry's face, a severed hand attacks Catherine through the portrait on the wall. By moving into the castle both Catherine and Charles have inadvertently awakened an old family curse placed upon the entire family and it's descendants. Over a century ago, Charles' grandfather Henry (Herbert Lom) chopped off the hand of a stableman who was defending his wife from the aristocrat's unwanted advances. Now Catherine finds herself terrorized by delirious visions, eerie apparitions, secrets and deaths, and having her days filled with fear and her nights tormented by a malicious spirit hell-bent on having it's way with her. She is subsequently raped by a ghost and becomes pregnant. And this is just the beginning of the horror and terror she experiences at the castle. An exquisitely dark and scary gothic horror which will have you screaming at the top of your lungs!
All New Items on flyvintageandvinyl.com are Priced Below MSRP
and do not reflect our in-store prices and are not necessarily in stock at our physical store.
In fact, most items won’t be because we’re a small, family run business and don’t have space to stock nearly 500,000 new titles.