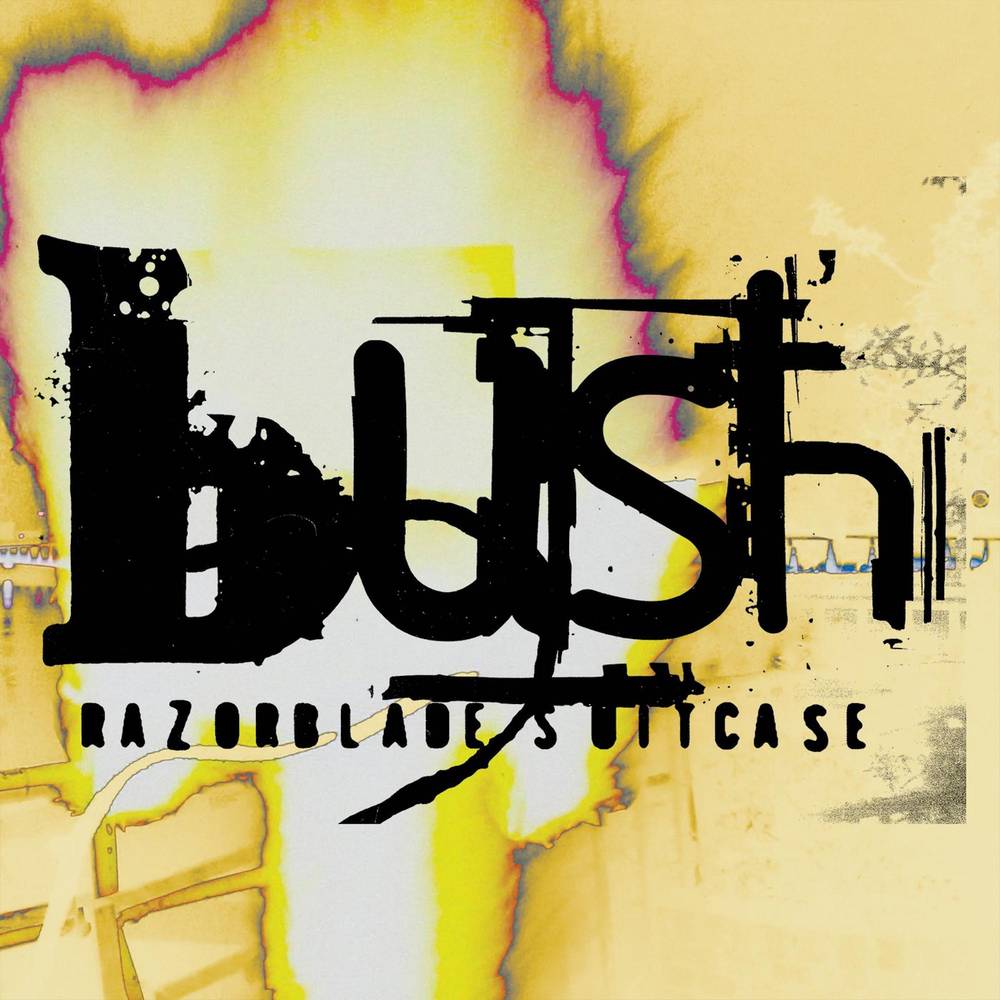 Bush - "Razorblade Suitcase (In Addition)" - Twenty four years ago, BUSH bravely followed up their 1994 multi-platinum juggernaut of a debut, 'Sixteen Stone', with a darker, more cerebral sophomore effort in 'Razorblade Suitcase'. Produced by Steve Albini and recorded at London's Abbey Road Studios, the album debuted at No. 1 on the Billboard 200, selling 293,000 copies during it's first week of release in the US and staying alive with hit singles "Greedy Fly" and "Swallowed". To celebrate the 20th anniversary of this 3x platinum album, the band has announced a deluxe, remastered LP edition titled 'Razorblade Suitcase (In Addition)' via ROUND HILL/ZUMA ROCK RECORDS. In addition to the original remastered album, the reissue will also include four rare bonus tracks: "Old", "Broken TV", "Bubbles", and "Sleeper" on a double 'Black' and 'White' AsideBside vinyl color. The metallic foil jacket features reinterpreted artwork by designer Shaun Durkan, and a fold out poster with never-before-printed lyrics and album liner notes from producer Steve Albini.
All New Items on flyvintageandvinyl.com are Priced Below MSRP
and do not reflect our in-store prices and are not necessarily in stock at our physical store.
In fact, most items won’t be because we’re a small, family run business and don’t have space to stock nearly 500,000 new titles.