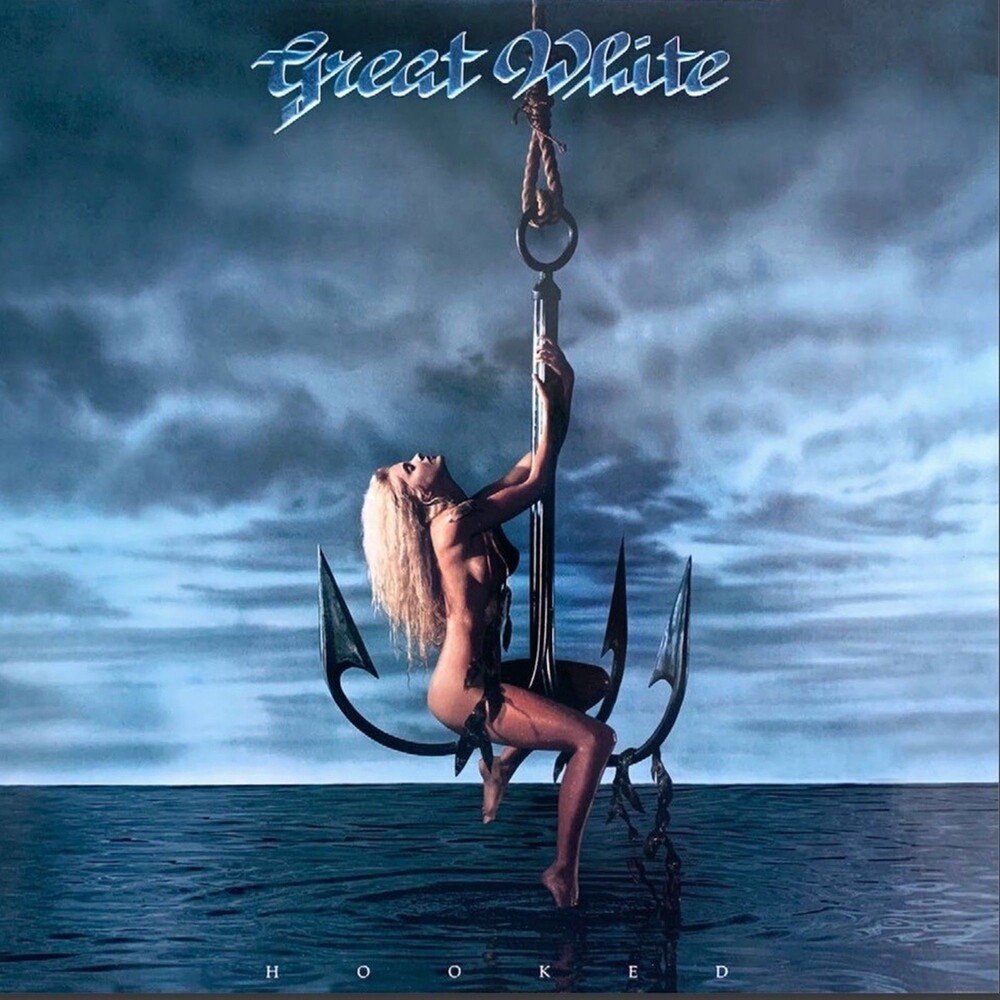 To celebrate Hooked's 30th anniversary, Bad Reputation reissue the original issue with the initial Japanese pressing retaining the original uncensored cover art, and the bonus Live in New York CD. Recorded at Electric Lady studios on May 31, 1991, while the band were still basking in the epic success of 1989's... Twice Shy. The original album cover art was photographed by famous fashion photographer John Scarpati and featured a nude female model being hoisted out of the sea by a large hook. This cover was judged too risque by the label and replaced by art director Hugh Syme shortly after the initial pressing with an alternative cover that had the hook still below the sea level and the model partially submerged, so that only her head and arms were visible. Hooked is as much an extension of... Twice Shy as it is a new album with heavy blues influences and even more mainstream than Great White's previous record. "Hooked" confirms Great White as a reference of a know-how both traditional and original. A new journey through US landscapes, Rock, Blues and Hard, it is an indispensable album for all lovers of feeling and energy. Some people complained about the drums sound and the general mix not enough 'heavy' or 'hard'. With this reissue, we tried to give a new opportunity to this great album to make everyone's agree on this masterpiece.
All New Items on flyvintageandvinyl.com are Priced Below MSRP
and do not reflect our in-store prices and are not necessarily in stock at our physical store.
In fact, most items won’t be because we’re a small, family run business and don’t have space to stock nearly 500,000 new titles.