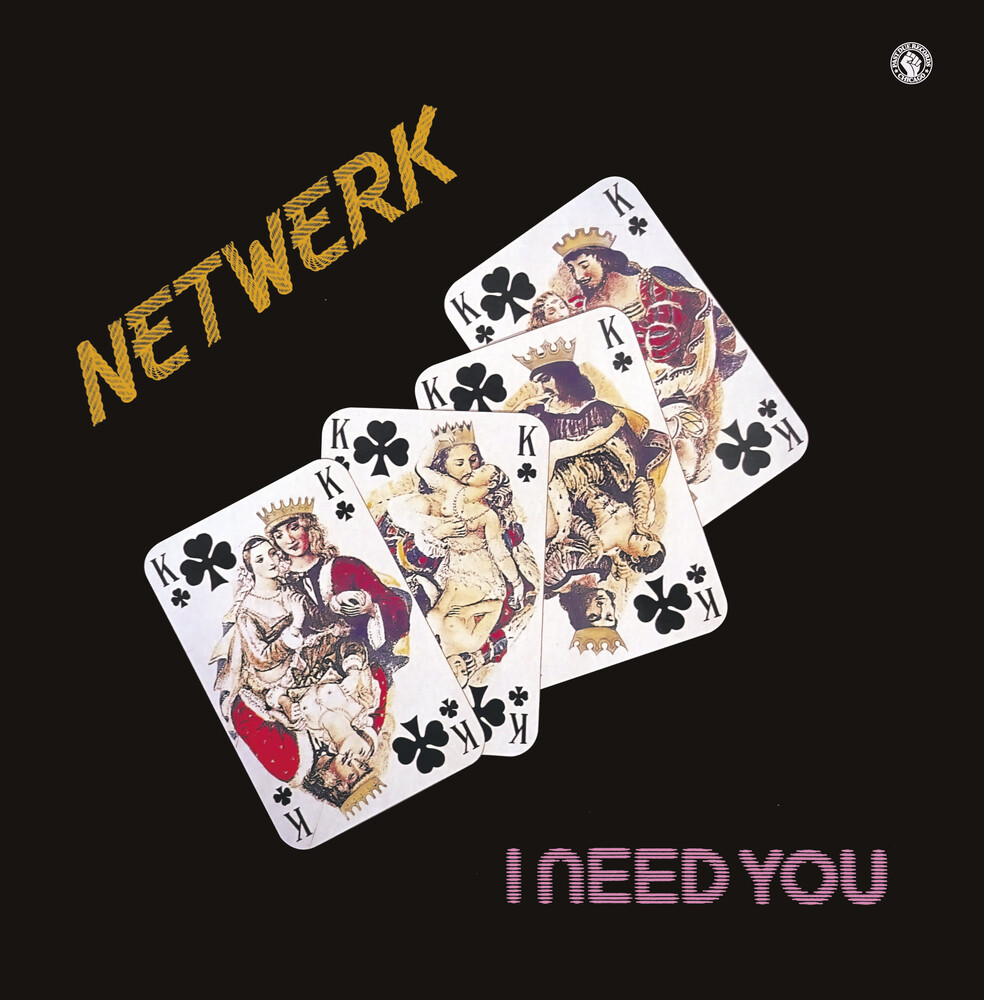 I Need You
Artist: Netwerk
Format: Vinyl
New: Not in stock
Wish

Past Due Records and Jerome Derradji are incredibly proud to present the complete and official reissue of Netwerk's boogie masterpiece "I Need You" on a Gatefold double LP / CD (with booklet) that includes 8 unreleased songs and the story of the band written by Jacob Arnold.Netwerk was one of New York's best funk R&B studio projects, created by three prolific New York session musicians: guitar player Kevin Robinson, drummer Howard King, and keyboard player Kenni Hairston. The group's only album, I Need You, was recorded for Salsoul Records in 1984, but was never released due to the label's mounting financial issues. Licensee Rams Horn Records in the Netherlands pressed around 200 copies, under a misspelling of the band's name and using a recycled Salsoul artwork, before the LP was pulled from the market, making it an absolute holy grail of NYC boogie, funk and early garage.Before starting Netwerk, Kevin, Kenny and Howard were high in demand session musicians playing for Mtume, Gary Bartz, The Brooklyn, Bronx & Queens Band, Cameo, Cindy Lauper, Slave and many others.They created Netwerk, signed with Salsoul and hired vocalists Johnny Kemp, Keny Washington, Kevin Allen and recorded one of the best and most sought after boogie funk and R&B album to come out of NYC in the mid Eighties. For good measure, we've extensively remastered all the songs for your enjoyment and ours.
All New Items on flyvintageandvinyl.com are Priced Below MSRP
and do not reflect our in-store prices and are not necessarily in stock at our physical store.
In fact, most items won’t be because we’re a small, family run business and don’t have space to stock nearly 500,000 new titles.