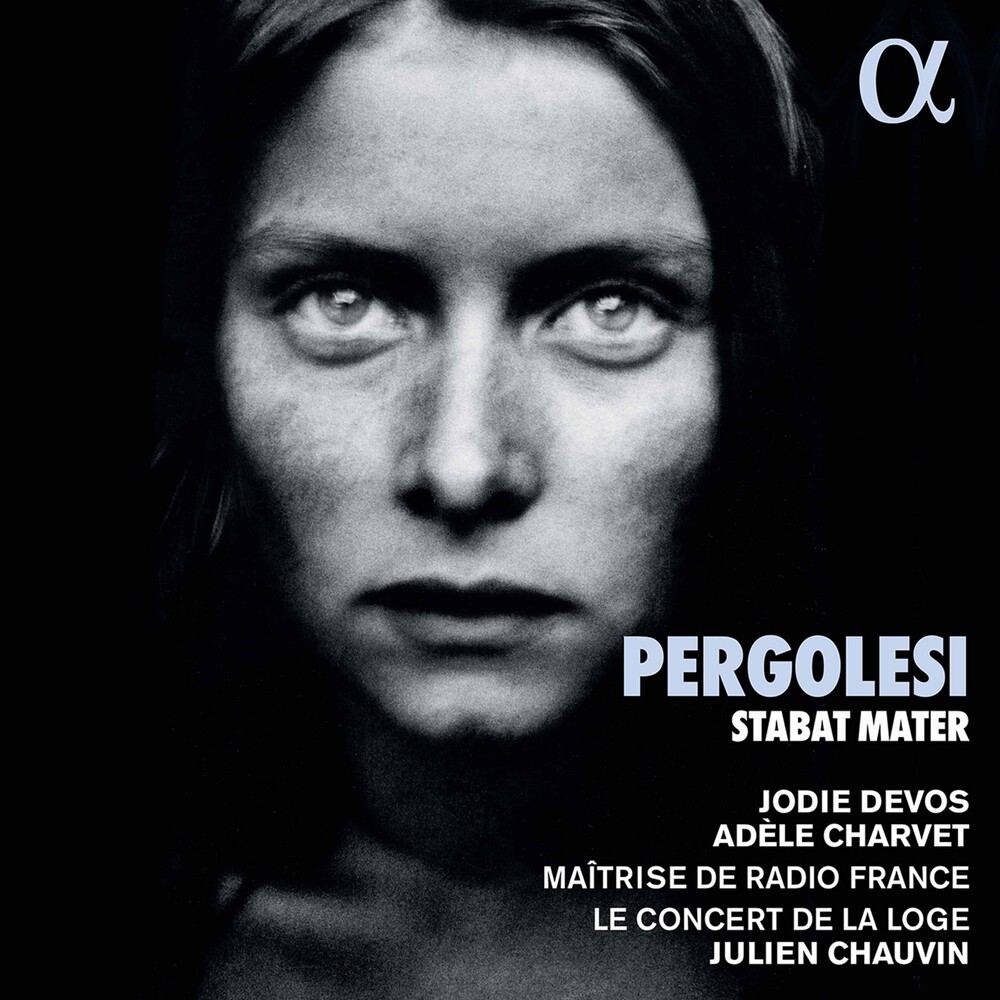 Pergolesi's Stabat Mater has enjoyed enormous fame ever since the eighteenth century - Rousseau called it's first movement 'the most perfect and touching that has ever come from the pen of any composer'. There were many arrangements of the work, by Bach or Hiller among others. It was performed more than eighty times at the Concert Spirituel in Paris between 1753 and 1790, in multiple versions, probably also with the participation of a choir. After consulting several manuscripts and editions held at the BibliothĂ¨que Nationale de France, Julien Chauvin has chosen to record it with soprano and mezzo soloists (the equivalent of the French dessus and bas-dessus) and a two-part children's choir: 'The choir can play a real role in the narration of so powerful and poignant a text', he says. This recording teams two emblematic singers of the Alpha label with the excellent MaĂ®trise de Radio France, of which AdĂ¨le was a member as a girl. To complement the Neapolitan masterpiece, we have a 'sacred' symphony by Haydn, La Passione, probably written for Good Friday, and in the same key as the Stabat.
All New Items on flyvintageandvinyl.com are Priced Below MSRP
and do not reflect our in-store prices and are not necessarily in stock at our physical store.
In fact, most items won’t be because we’re a small, family run business and don’t have space to stock nearly 500,000 new titles.