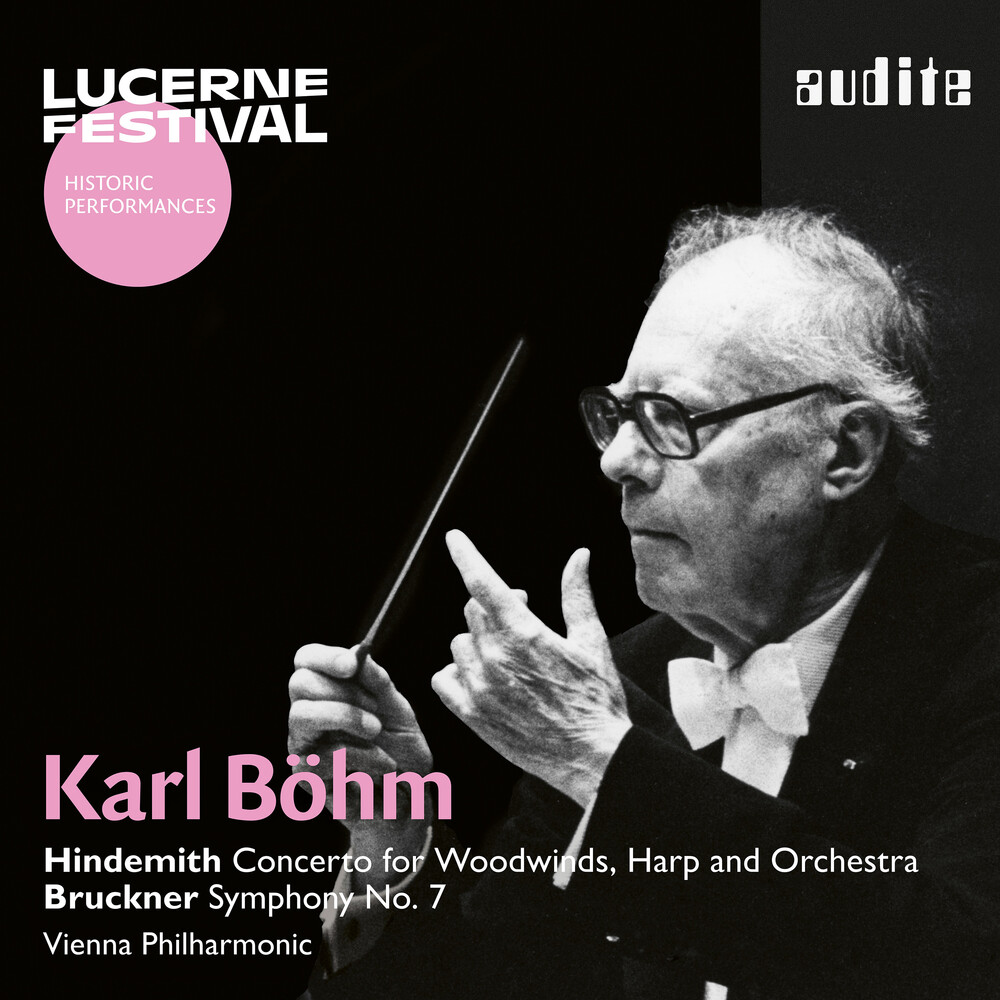 Between 1950 and 1980, he was one of the most important conductors of international standing, and yet he has been somewhat forgotten: Karl BĂ¶hm was the antistar among the podium greats of his time, a decidedly businesslike servant of the music. For the first time, two Lucerne concert recordings with the Vienna Philharmonic, with whom he was closely associated for decades, are released: Bruckner's Seventh Symphony and - a solitaire in BĂ¶hm's discography - an upbeat Hindemith concerto. In the summer of 1970, BĂ¶hm, by all means an advocate of contemporary music in his younger years, performed Paul Hindemith's 1949 Concerto for Woodwinds, Harp and Orchestra in Lucerne. The three-movement work offers the five-member Concertino group grateful playing tasks and, with it's quotation from Mendelssohn's Wedding March, makes reference to Hindemith's own silver wedding anniversary. In addition to Mozart, Beethoven, Schubert, Brahms, and Strauss, the symphonies of Anton Bruckner were also central to BĂ¶hm's concert repertoire. BĂ¶hm's Bruckner interpretations possess an aura, but it is neither the religiously pathos-laden one of Eugen Jochum, nor the pathetically worldly one of Sergiu Celibidache, nor the matter-of-factly austere one of Nikolaus Harnoncourt. This is also evident in the Lucerne recording of the Seventh Symphony from September 1964: BĂ¶hm never loses sight of the whole and yet plays out every articulatory detail with almost scrupulous fidelity to the text. He follows Bruckner's blocky editing technique without aggressively emphasizing it. He does not avoid the music's solemn monumentality, but neither does he exaggerate it into false, violent pathos.
All New Items on flyvintageandvinyl.com are Priced Below MSRP
and do not reflect our in-store prices and are not necessarily in stock at our physical store.
In fact, most items won’t be because we’re a small, family run business and don’t have space to stock nearly 500,000 new titles.