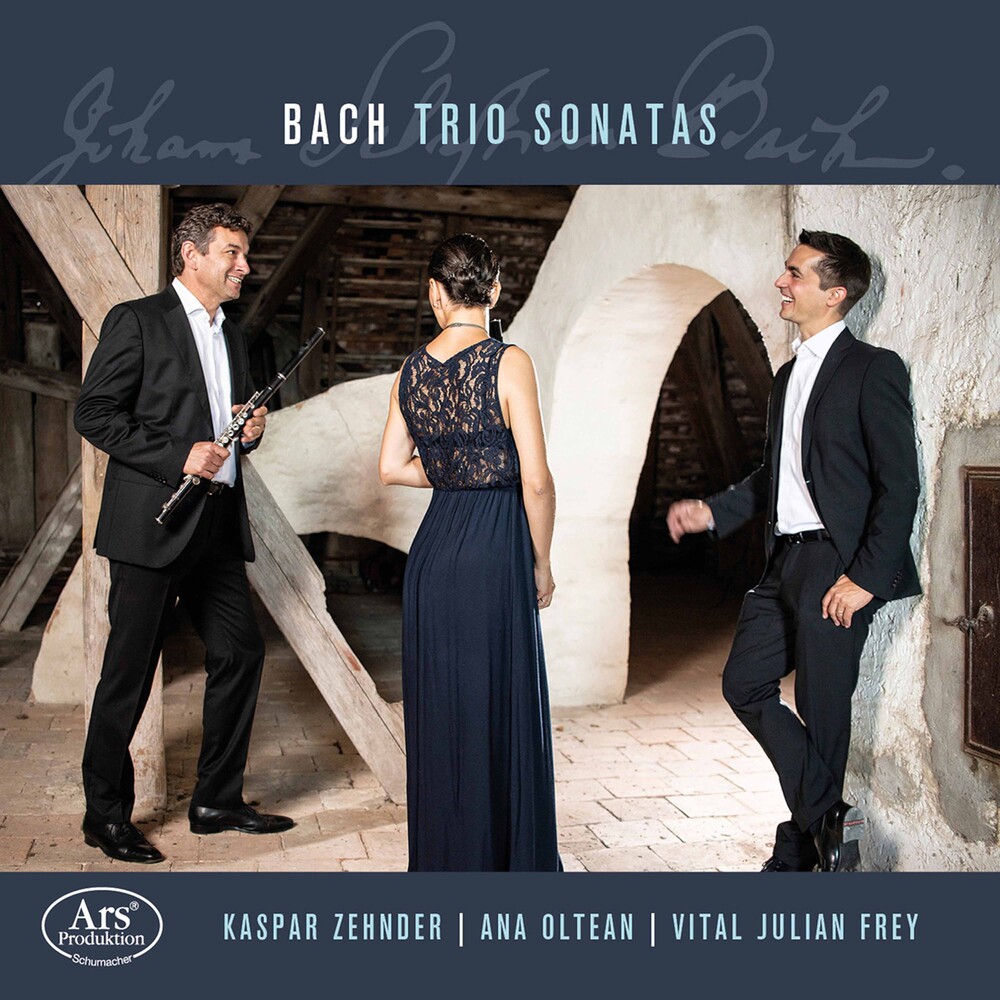 This program contains compositions that have found their way into the Bach-Werke-Verzeichnis without exception. Nevertheless, each of them - each in it's own right - is an artistic reflection of other works by Johann Sebastian Bach or his work as a teacher. Against this background, the interpreters of this recording have also returned the sonatas BWV 1028 and 1029 to their original trio sonata instrumentation. Ana Ioana Oltean was born in Romania. Following initial musical instruction at the Music College and Music Academy in Cluj-Napoca Ana joined the class of Heidi IndermĂĽhle at the Academy of Arts in Berne, Switzerland. In 2002 she was awarded her soloist diploma as well as the Eduard Tschumi Prize. Ana completed her Master's degree in Music Intermediation at the Academy of Music in Trossingen while developing her skills on the baroque flute. Kaspar Zehnder was born in Riggis-berg, Switzerland. He studied flute with Heidi IndermĂĽhle in Berne and later with AurĂ¨le Nicolet in Paris, Siena and at the European Mozart Academy. Kaspar Zehnder is in great demand internationally as a soloist, chamber musician and conductor. From 2004 until 2012 he was the musical director of the Zentrum Paul Klee in Berne. He is the principal conductor of the Biel Solothurn Symphony Orchestra and of the Hradec KrĂˇlovĂ© Phil-harmonic Orchestra. Vital Julian Frey was born in Geneva, Switzerland. In contrast to many conventional career paths in his field, Vi-tal began to focus on the harpsichord early on, at the age of eight. He studied with Robert Hill in Freiburg, Christophe Rousset in Paris, and with Christine Schornsheim in Munich, where he re-ceived the soloist diploma.
All New Items on flyvintageandvinyl.com are Priced Below MSRP
and do not reflect our in-store prices and are not necessarily in stock at our physical store.
In fact, most items won’t be because we’re a small, family run business and don’t have space to stock nearly 500,000 new titles.