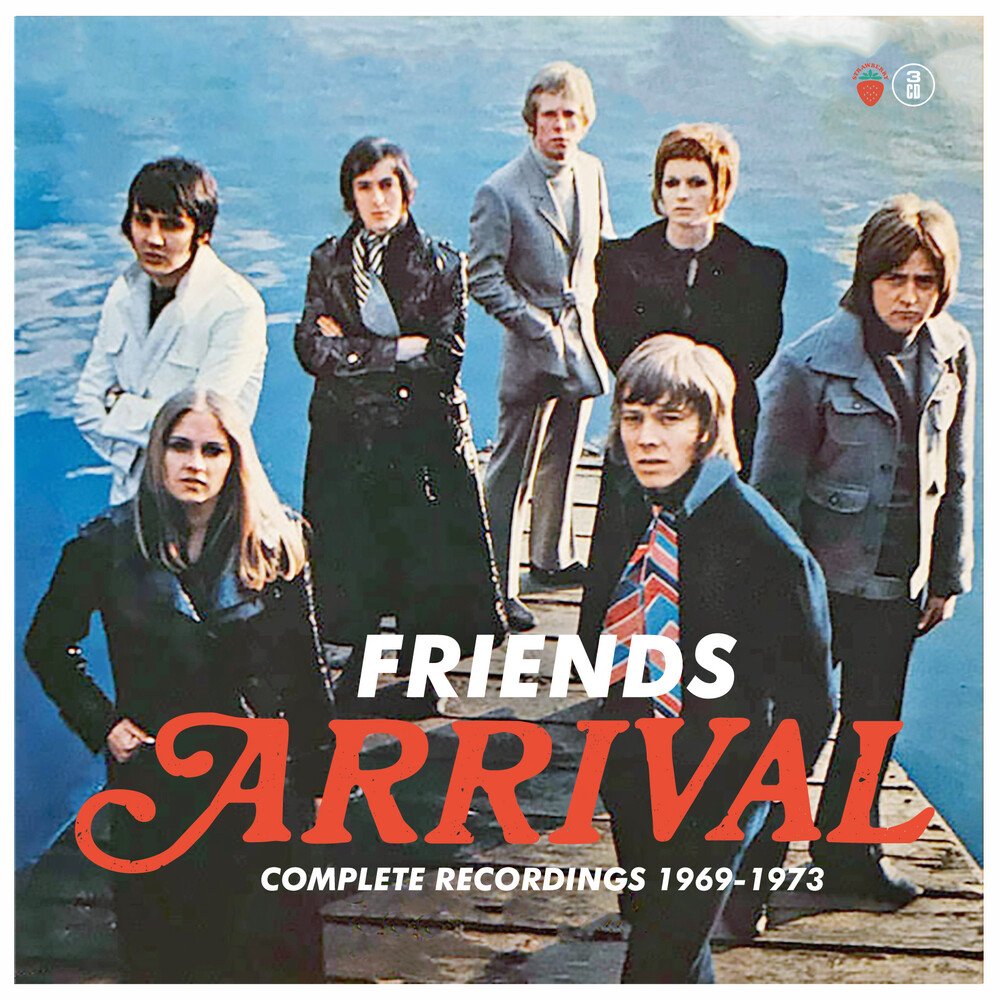 New 3-CD set boasting Arrival's entire recorded output, revisiting and expanding an earlier double-CD set on RPM from 2012. Compiled with the full involvement of various band members, this new package adds the rare, Japanese-only single 'Jun (So In Love)'. The third disc includes several BBC radio sessions recorded by the band during their tenure with Decca - none of these have previously been released. The triple-CD also boasts sleeve-notes from long-time fan Austin Powell. Formed in the late 1960s, Arrival were a ten-strong, London-based close-harmony soft rock group, featuring singers originally from Liverpool, who signed to Decca Records. They duly scored two sizeable UK hits in 1970 with 'Friends' (No 7) and 'I Will Survive' (No 16). They appeared on various TV shows and performed at that year's Isle of Wight Festival. After a year or so with Decca, Arrival upped sticks to CBS Records, once again releasing an album (and again, self-titled) and several singles for the label. Sadly, subsequent chart success eluded them and they disbanded in late 1972. Various members joined other projects such as Kokomo, Olympic Runners and Gonzalez, and/or became session musicians or singers.
All New Items on flyvintageandvinyl.com are Priced Below MSRP
and do not reflect our in-store prices and are not necessarily in stock at our physical store.
In fact, most items won’t be because we’re a small, family run business and don’t have space to stock nearly 500,000 new titles.