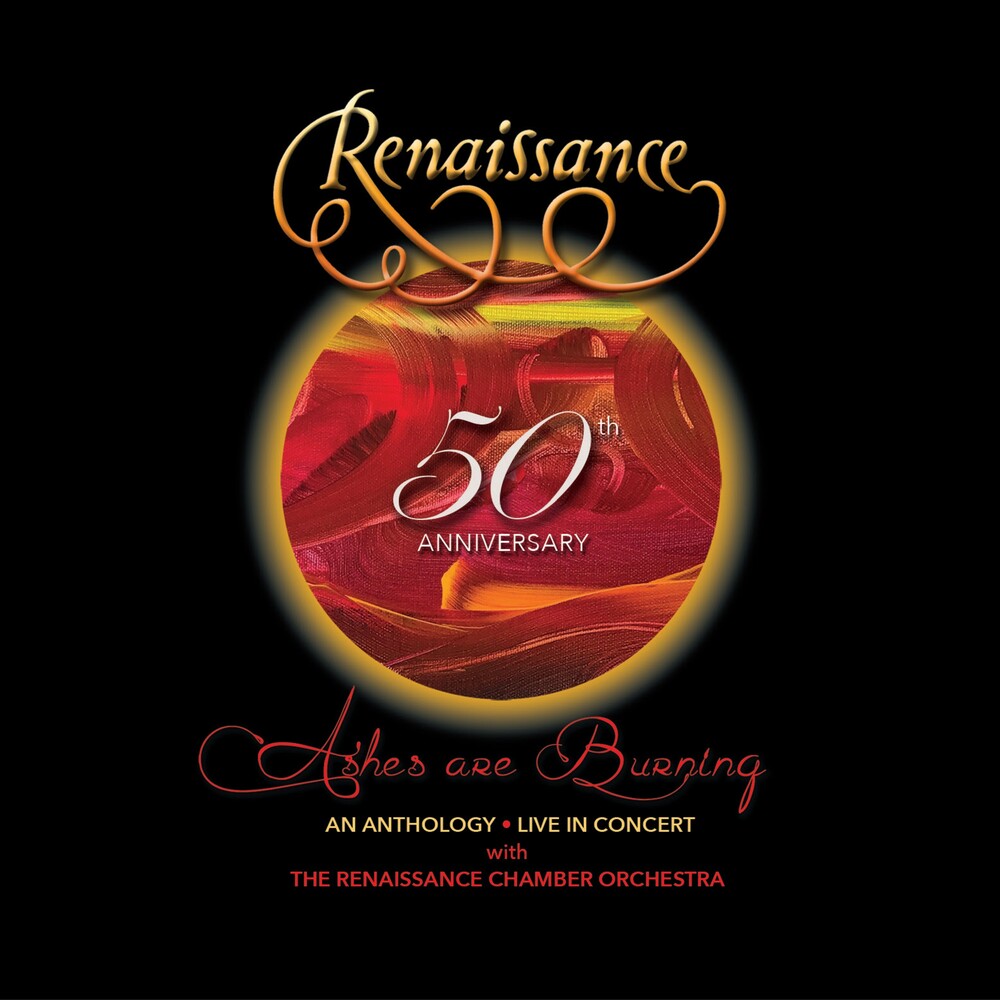 2019 featuring a set list which included songs which had never been orchestrated or performed with an orchestra before. The most memorable concert took place at the Keswick Theater in Glenside, PA on 12th October 2019. This sold-out concert saw the band perform a set which included such classics as CARPET OF THE SUN, OCEAN GYPSY, RUNNING HARD, DAY OF THE DREAMER and A SONG FOR ALL SEASONS and also saw a special guest appearance by Renaissance founder JIM McCARTY who performed on the song ISLAND and the epic closing piece ASHES ARE BURNING. It was a truly magical evening. This 4-disc set captures this concert over 2 CDs and a concert film on both DVD and High-Definition Blu ray multi region formats (featuring a stunning 5. 1 Surround Sound mix). 50th Anniversary - Ashes Are Burning - An Anthology Live in Concert is a perfect celebration of a legendary and treasured body of music. Esoteric Antenna is pleased to announce the release of 50th Anniversary - Ashes Are Burning - An Anthology Live in Concert, the wonderful new 4 disc CD, DVD and Blu ray set by RENAISSANCE. To celebrate the 50th Anniversary of the formation of RENAISSANCE, vocalist ANNIE HASLAM and band performed a series of concerts with an orchestra in the USA in October
All New Items on flyvintageandvinyl.com are Priced Below MSRP
and do not reflect our in-store prices and are not necessarily in stock at our physical store.
In fact, most items won’t be because we’re a small, family run business and don’t have space to stock nearly 500,000 new titles.