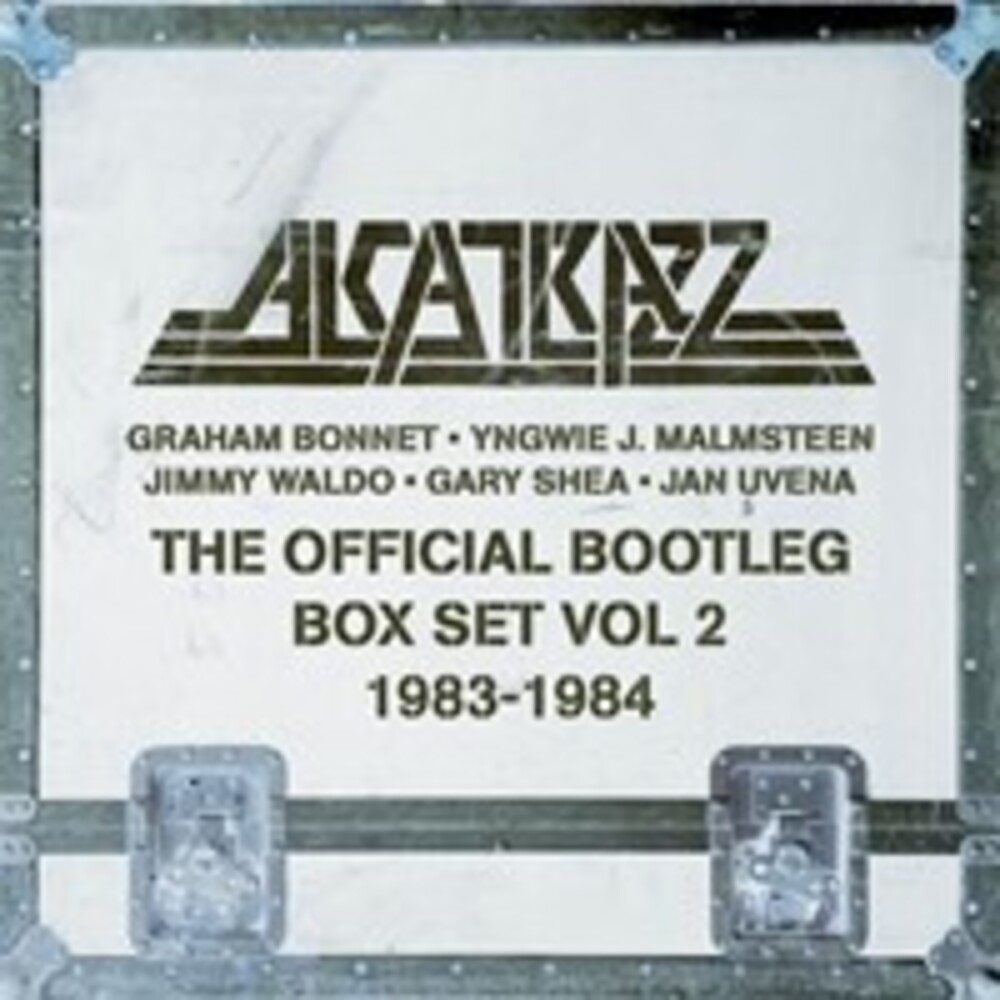 Second collection of rare and unreleased live recordings by Alcatrazz. Kicking off at the Golden Bear in Huntingdon Beach, California, in December 1983 on CD1 which features a healthy selection of songs from Alcatrazz's debut plus MSG's 'Desert Song' and Rainbow's 'Lost In Hollywood'. As well as making a healthy dent on the US chart, with videos aimed squarely at MTV, nowhere was Alcatrazz's impact felt as strongly as Japan, where the band became instant stars. A Japanese tour was booked for early 1984, from which the Osaka date on 24th January 1984 was recorded at the Festival Hall, included here on CD2. As well as Graham Bonnet's solo hit 'Night Games', the set featured Rainbow's 'Since You Been Gone' and 'All Night Long'. CD3 features a set recorded at Graham Central Station in Albuquerque in New Mexico. Highlights are 'Too Young To Die... Too Drunk To Live', plus the singles 'Hiroshima Mon Amour' and 'Island In The Sun' from 'No Parole From Rock 'N' Roll'. The Agora Ballroom in Cleveland, Ohio, had long been an important mid-west venue for touring rock bands in the 1970s and 1980s, so the band were guaranteed a warm welcome for their show there on 23rd May 1984, reproduced here on CD4. The set includes Malmsteen's incendiary guitar showcase 'Coming Bach'. This collection concludes with CD5's gig on 8th June 1984 at Six Flags Great Adventure in Jackson, New Jersey. As an extra bonus, CD5 finishes with an interview originally released as a single promo B-Side, a Public Service Announcement from Graham, warning against drunk driving, plus three instrumental demo tracks. While every effort has been made to produce the best possible audio, limitations in material taken from various, non-standard sources means that the quality may not be up to the standard usually expected. All tracks have been included for their historical importance, and to present a complete Alcatrazz anthology live on stage.
All New Items on flyvintageandvinyl.com are Priced Below MSRP
and do not reflect our in-store prices and are not necessarily in stock at our physical store.
In fact, most items won’t be because we’re a small, family run business and don’t have space to stock nearly 500,000 new titles.