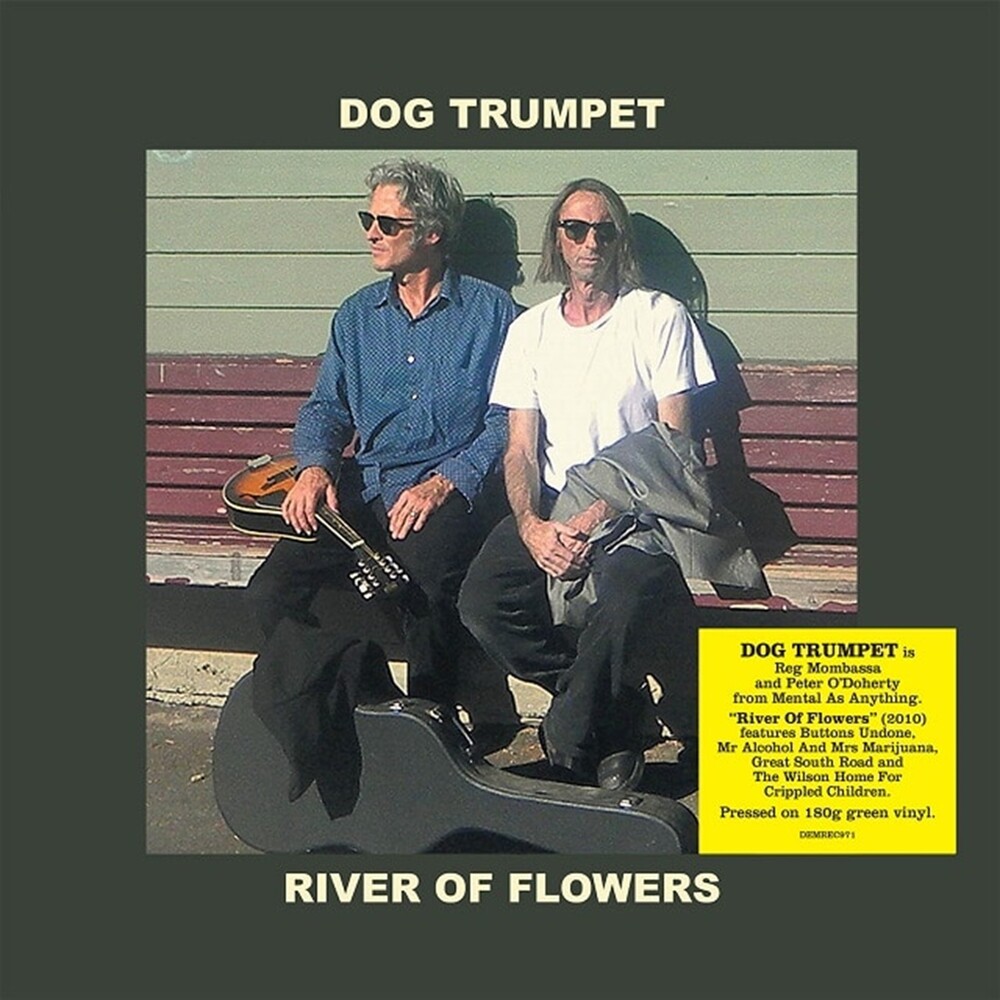 Fronted by brothers Peter O'Doherty and Reg Mombassa, Dog Trumpet have been playing, writing and recording their music since the early 90s. Reg and Pete were founding members of iconic Australian band Mental As Anything, who hit the charts around the world with "Live It Up". The band made a mark with their left field mix of music, art, video and humour and leading eventually to ARIA awards and induction into the Hall of Fame in 2009. Recorded and produced by Peter at home in his 'South Road' studio, the brothers have created an inventive and original body of work distinguished by an eccentric and offbeat harmonic warmth and melodic drive propelled by Reg's distinctive slide guitar and Peter's elegant acoustic guitar and mandolin. Their poetic, yet at times absurdist lyrics are set against a sonic backdrop that could loosely be described as a meld of rock and roll, psychedelic folk, country and semi-abstract blues. Released in 2010, "River Of Flowers" was their fifth album, and features "Buttons Undone", "Mr Alcohol And Mrs Marijuana", "Great South Road" and "The Wilson Home For Crippled Children".
All New Items on flyvintageandvinyl.com are Priced Below MSRP
and do not reflect our in-store prices and are not necessarily in stock at our physical store.
In fact, most items won’t be because we’re a small, family run business and don’t have space to stock nearly 500,000 new titles.