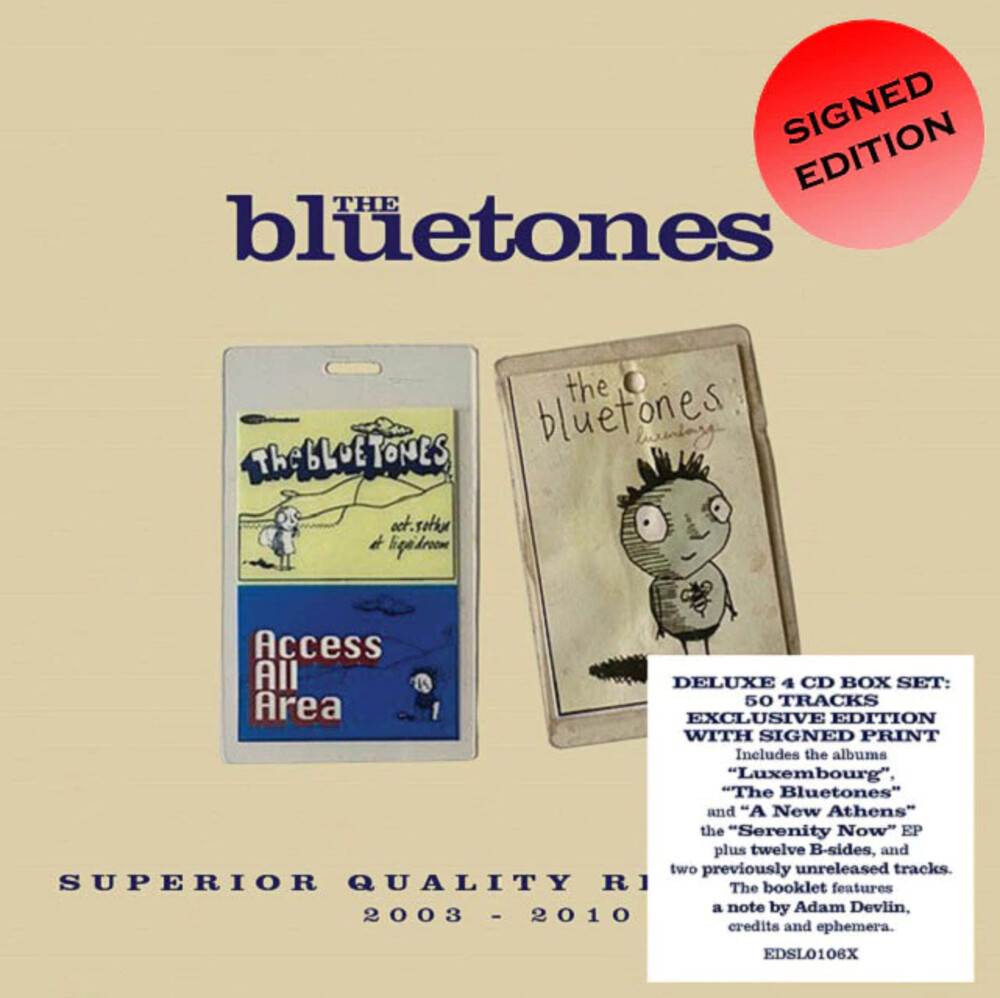 LIMITED EDITION - contains print signed by all four band members. Hailing from Heston in West London, The Bluetones (Scott Morriss - bass, Eds Chesters - drums, Adam Devlin - guitars, and Mark Morriss - vocals) arrived on the scene in late 1995/early 1996 with the # 2 single "Slight Return", and # 1 debut album "Expecting To Fly". This album and the following two were included in Edsel's 2021 box set, containing the band's recordings from 1994 to 2002. This second box set contains The Bluetones' second period of recordings, from 2003 to 2010: 50 tracks across four CDs. It includes the albums "Luxembourg" (2003), "The Bluetones" (2006) and "A New Athens" (2010), plus the "Serenity Now" EP (2005), twelve B-sides, and two previously unreleased tracks. The four CDs are presented in facsimile wallets, and the 24 page booklet features newly-written notes by Adam Devlin on each album and the EP, along with all the credits, and the singles sleeves featuring Scott Morriss's fabulous artwork.
All New Items on flyvintageandvinyl.com are Priced Below MSRP
and do not reflect our in-store prices and are not necessarily in stock at our physical store.
In fact, most items won’t be because we’re a small, family run business and don’t have space to stock nearly 500,000 new titles.