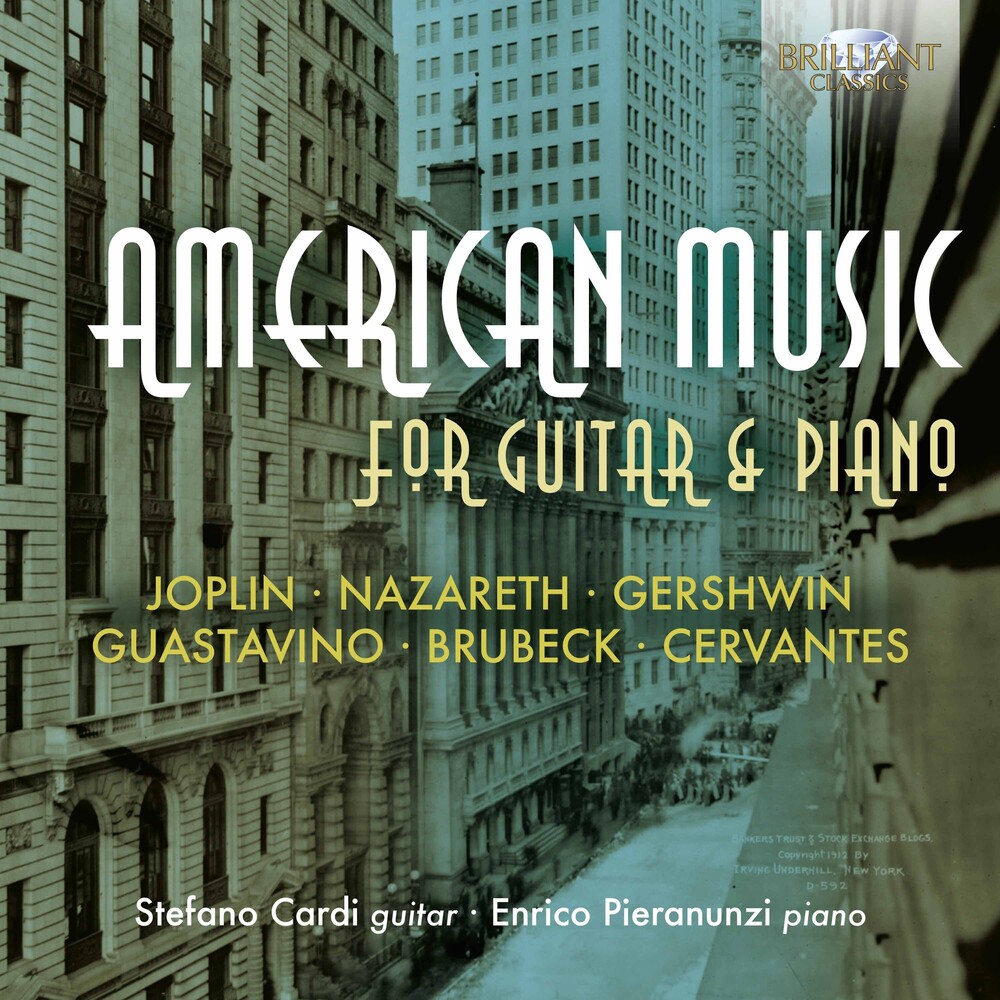 When they began playing together in 2017, Stefano Cardi and Enrico Pieranunzi went in search of repertoire which would harmonize with their disparate musical backgrounds, that of a classical guitarist with a passion for jazz and blues, and a jazz pianist with a thorough grounding in the classics. They turned quickly to America, both north and south, and found there a well-stocked but little-known library of pieces by composers who moved easily and skillfully between popular and classical idioms. This unique recital opens with one of Joplin's best-known piano rags, The Easy Winners, and follows it with a pair of waltzes, also in arrangements for guitar and piano. Cardi and Pieranunzi then sail down to Buenos Aires for a trio of tangos by Joplin's Argentinian contemporary, Ernesto Nazareth (1863-1934). The juxtaposition of Gershwin and Guastavino is more familiar, none the less beguiling for that, especially played with such easy-going charm. The final pair of North and South American composers is the most ingenious: the Prelude and Waltz from Dave Brubeck's 1961 album Points on jazz, answered by two of the Cuatro Danzones by Ignacio Cervantes (1847-1905), the Cuban composer who studied with Alkan at the Paris conservatoire and played an instrumental part in establishing a classically formed voice for Cuban music. Most of the pieces chosen by Cardi and Pieranunzi were originally conceived for solo piano, but these arrangements draw out the particular, nationally accented character of their melodies when transferred to the guitar. Listened through in an hour-long sequence, the album takes the listener on an often nostalgia journey through the waltz as it was played and danced and heard throughout North and South American during the first half of the last century.
All New Items on flyvintageandvinyl.com are Priced Below MSRP
and do not reflect our in-store prices and are not necessarily in stock at our physical store.
In fact, most items won’t be because we’re a small, family run business and don’t have space to stock nearly 500,000 new titles.