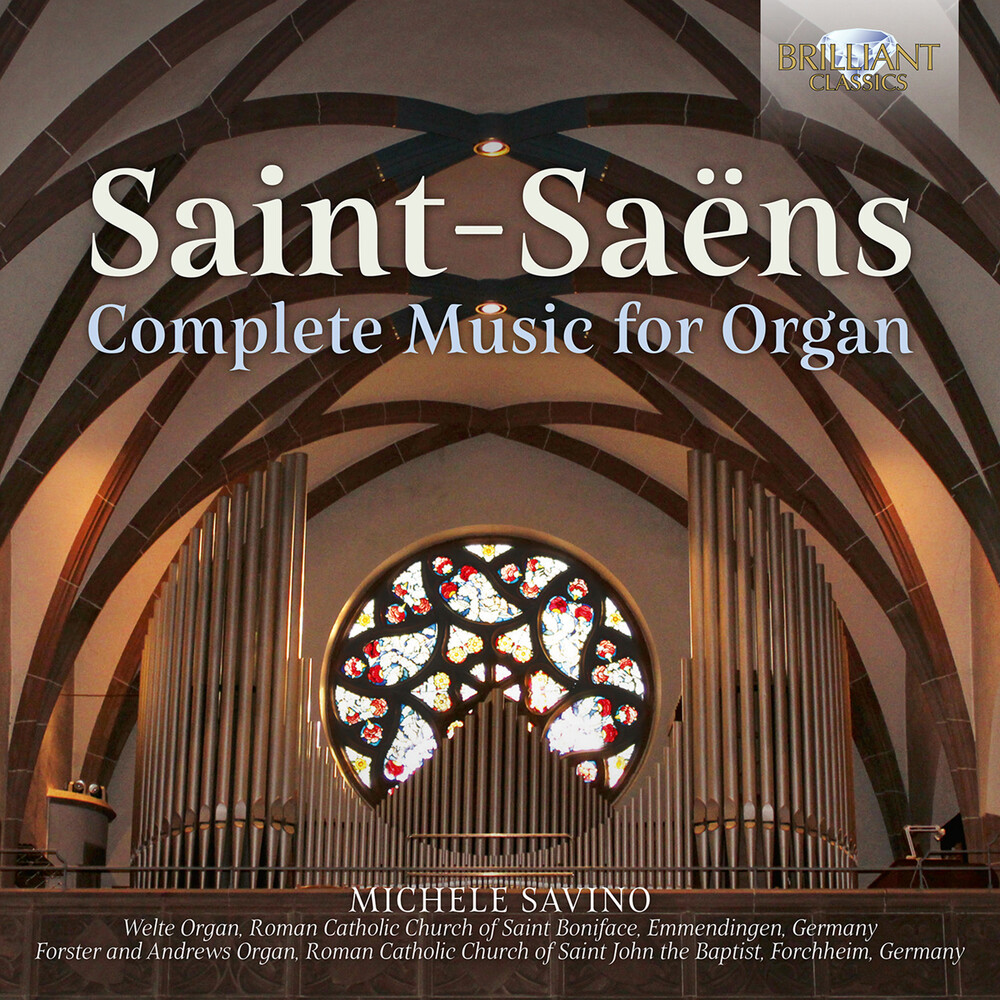 While himself no conventional kind of Christian believer, Saint-SaĂ«ns worked as a church organist for much of his prodigiously long life and career. While still a teenager he won the premier prix for organ at the Paris Conservatoire. In 1857, at the age of 22, he was appointed as titular organist to the church of the Madeleine in Paris, where he remained until 1877; it was there that Liszt heard him improvising and hailed him as the greatest organist in the world. His output for the organ is no less subtly German-accented than much of his orchestral music, influenced by Schumann and Mendelssohn as well as disciplined by his comprehensive study of Bach and Beethoven as a child. While publicly maintaining an attitude of skepticism towards Wagner, he nonetheless wrote with a chromatic intensity which finds a natural home in the incense-soaked world of pieces such as the ElĂ©vation et Communion and the E major Offertoire. Other reflective works include a trio of Rhapsodies on Breton themes, Op 8, which invite comparison with similar folksong-based organ pieces by Vaughan Williams. Saint-SaĂ«ns understood how to exploit the full spectrum of tonal colors available on the instruments designed by the greatest organ builder of his age, Aristide CavaillĂ©-Coll, and even the apparently abstract designs of his many Preludes and Fugues invite the kind of swirling mists and brilliant sunshine evoked by Michele Savino on this newly recorded collection. The composer's gifts as a colorist on the organ reach the summit of their expression in a collection of Seven Improvisations which, like much else here, deserves to be better known.
All New Items on flyvintageandvinyl.com are Priced Below MSRP
and do not reflect our in-store prices and are not necessarily in stock at our physical store.
In fact, most items won’t be because we’re a small, family run business and don’t have space to stock nearly 500,000 new titles.