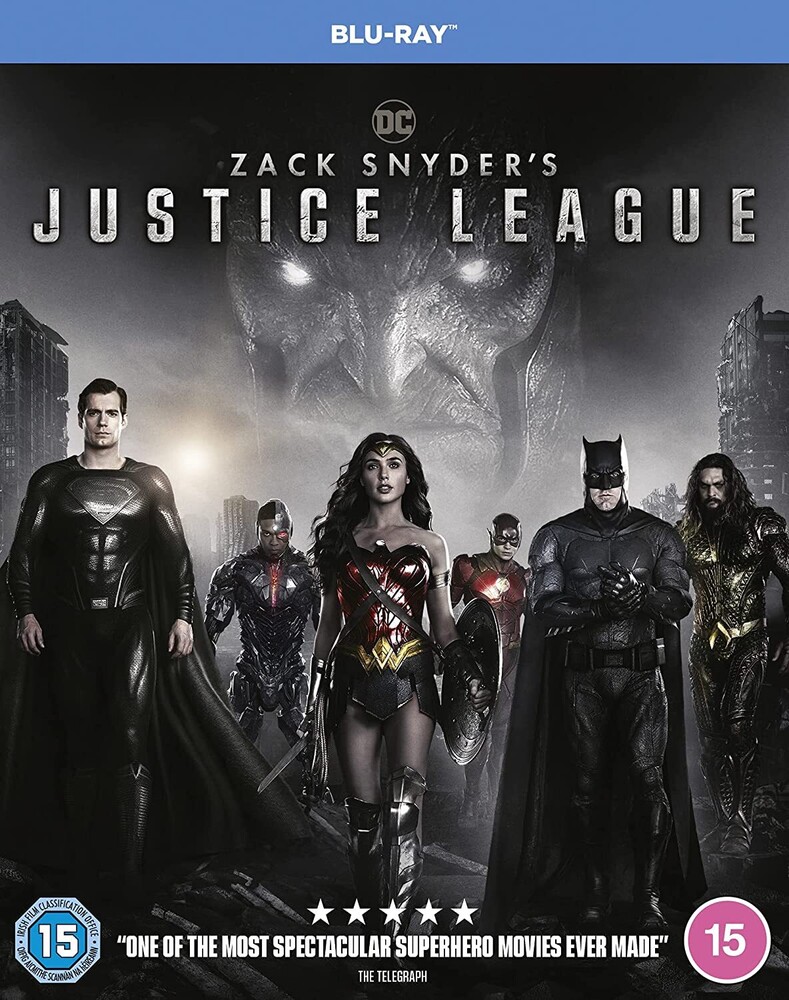 Three years after director Zack Snyder had to step away from 2017's "Justice League" in post-production, the studio heeded the online clamor from cast, crew, and fans for a version truer to his vision-and Snyder returned to helm a $70 million restoration project, offering extensive, newly-shot additional material along with previously excised footage for an epic-length director's cut. The acclaimed result introduces new characters and plot points, as well as offering teases of DCEU movies to come. Batman (Ben Affleck) and Wonder Woman (Gal Gadot) recruit fellow heroes Aquaman (Jason Momoa), the Flash (Ezra Miller), Cyborg (Ray Fisher), and a resurrected Superman (Henry Cavill) to prevent alien soldier Steppenwolf (a motion-captured CiarĂˇn Hinds) from using three powerful and ancient devices called Mother Boxes to reshape the Earth. 4 hrs. On two discs. Widescreen; Soundtrack: English. Region Free.
All New Items on flyvintageandvinyl.com are Priced Below MSRP
and do not reflect our in-store prices and are not necessarily in stock at our physical store.
In fact, most items won’t be because we’re a small, family run business and don’t have space to stock nearly 500,000 new titles.