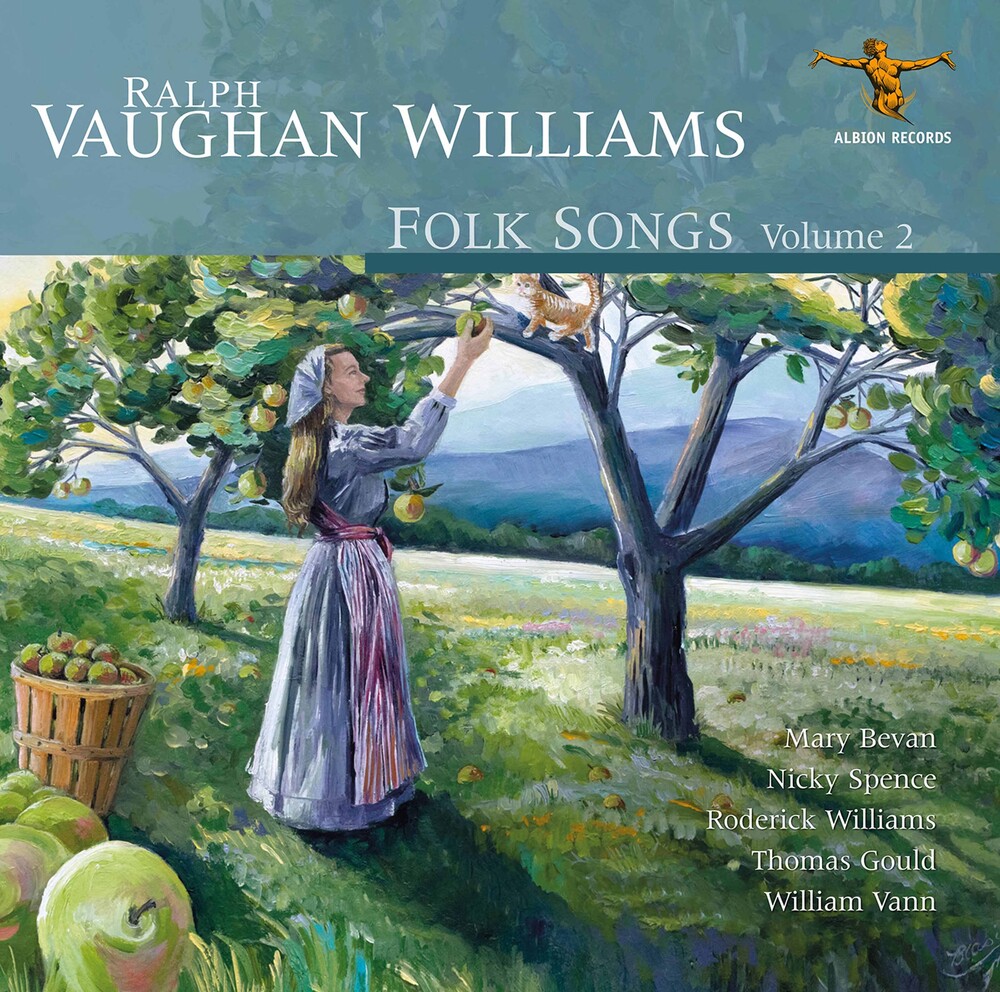 This is the second in a series of four albums recording all 80 of the folk songs in English that Ralph Vaughan Williams arranged for voice and piano or violin. 57 of the 80 songs have not previously been recorded in these arrangements. This second album has 19 tracks including 15 world premiĂ¨res. It includes Folk Songs collected from the Southern Appalachian Mountains by Maud Karpeles and Cecil Sharp in 1916-1918, arranged by Vaughan Williams with piano accompaniment in about 1938. Additionally, there are two English Folk Songs for Voice and Violin. A miscellany of English folk songs includes 'I Will Give my Love an Apple' and concludes with a 'Farmyard Song' which is difficult to perform without collapsing in laughter. Once again, though Vaughan Williams is well known as a collector of folk songs, his own collection by no means predominates. Praised by Opera for her "dramatic wit and vocal control", British soprano Mary Bevan is internationally renowned in baroque, classical and contemporary repertoire, and appears regularly with leading conductors, orchestras and ensembles around the world. Nicky Spence is one of Scotland's proudest sons and his unique skills as a singing actor and the rare honesty of his musicianship are steadfastly earning him a place at the top of the classical music profession. Roderick Williams is one of this country's most sought after baritones and is constantly in demand. In 2016 he won the Royal Philharmonic Society's Singer of the Year award. Violinist Thomas Gould has fast established for himself a reputation as one of Britain's foremost interpreters of contemporary music whilst also remaining dedicated to the core classical repertoire. A multiple-prize winning conductor and accompanist, William Vann is equally at home on the podium or at the piano and is the founder and Artistic Director of the London English Song Festival.
All New Items on flyvintageandvinyl.com are Priced Below MSRP
and do not reflect our in-store prices and are not necessarily in stock at our physical store.
In fact, most items won’t be because we’re a small, family run business and don’t have space to stock nearly 500,000 new titles.