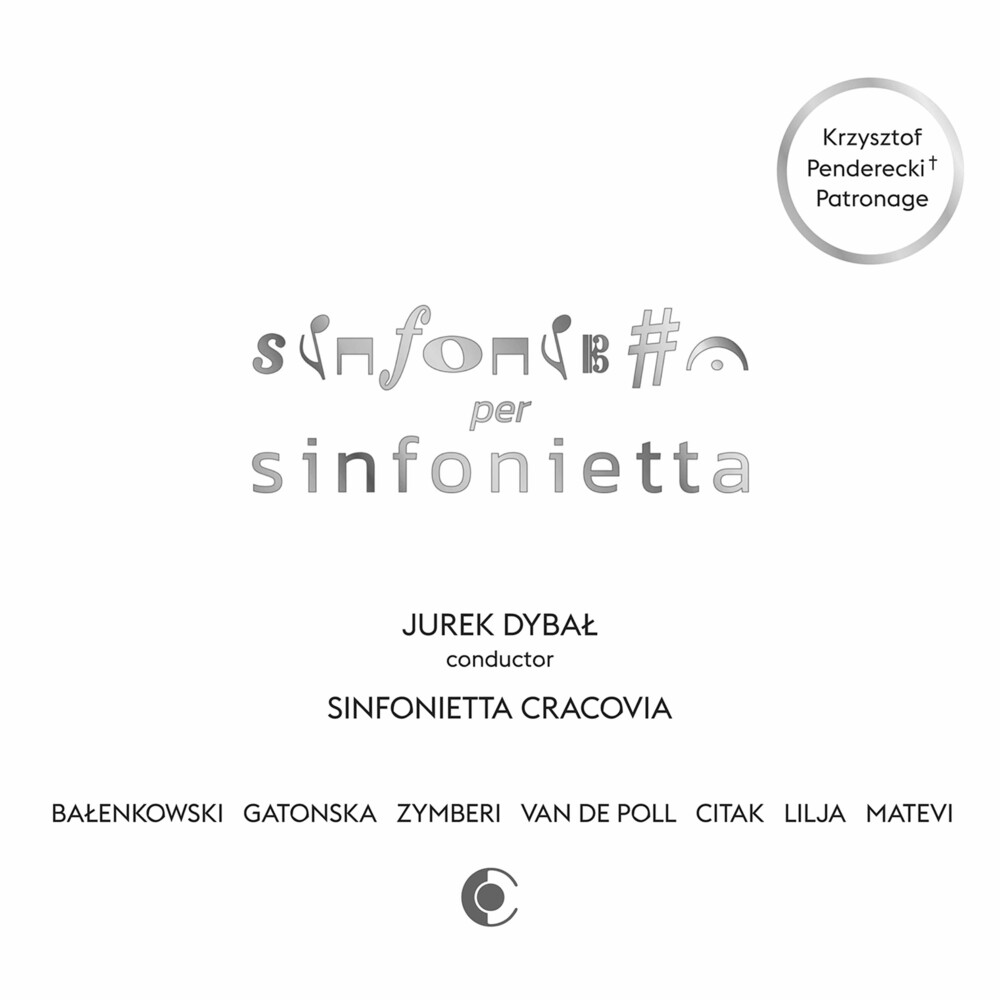 The Album "Sinfonietta per Sinfonietta" is a compilation of the studio recordings of the awarded pieces in the International Composition Competition under Honorary Patronage of Krzysztof Penderecki "Sinfonietta per Sinfonietta" during the years 2015-2020. There are pieces by composers from six countries, some of them already with splendid international careers, performed by Sinfonietta Cracovia under the baton of Jurek Dybal. The idea behind the competition was to enhance the repertory for string orchestra and to allow the creators of the compositions to be played and recorded. Composers of all origins and backgrounds were supposed to write a piece dedicated to Sinfonietta Cracovia in form of a Sinfonietta to be premiered at the orchestra's own annual event - the Sinfonietta Festival. The pieces were carefully selected in the anonymized process by the jury consisting mostly of the renowned composers under the honorary patronage of Master Penderecki. His active involvement in the competition encouraged over 200 composers to take up the challenge. The laureates had a great opportunity to meet the Maestro in person at the laureate concerts, held in his attendance and some of them during the rehearsals. In their own words, it was a life-changing moment. The last two Sinfoniettas on the Album, awarded with the highest prize "ex aequo" in 2020 were written already after the competition Patron's death, as a homage to him. In the 4th number the string core section of the Sinfonietta Cracovia is enhanced by solo violin and cello and in the numbers 6 and 7 by percussion section. It was meant as an official introduction and a celebration of the purchase of the new instruments for the orchestra. Number 5. entitled "Jubilee Sinfonietta per Sinfonietta" was written in the 25th year of the orchestra's existence.
All New Items on flyvintageandvinyl.com are Priced Below MSRP
and do not reflect our in-store prices and are not necessarily in stock at our physical store.
In fact, most items won’t be because we’re a small, family run business and don’t have space to stock nearly 500,000 new titles.