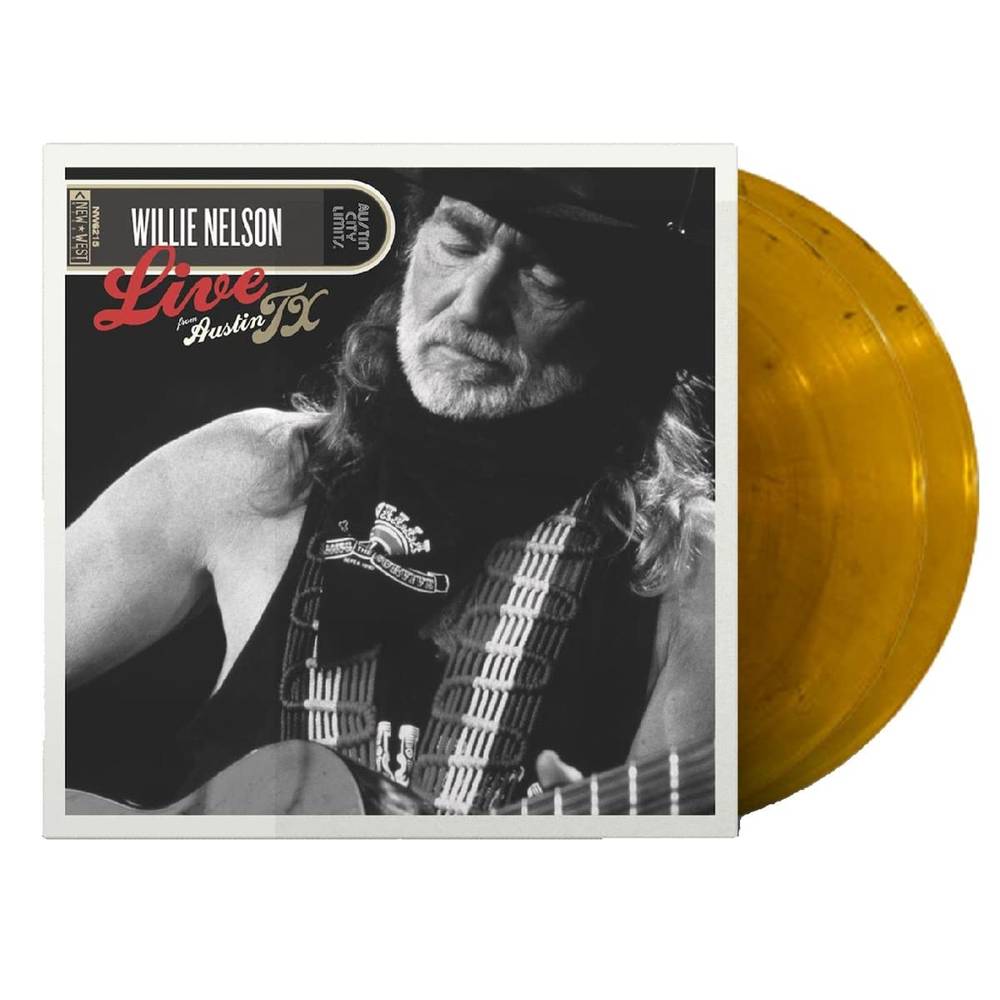 Double gold colored vinyl LP pressing. There would be no Austin City Limits were it not for Willie Nelson. He started it all in 1974, performing on the original pilot episode, and has been a large part of ACL history ever since. He's appeared on more programs than any single artist, but this particular show (recorded on September 6, 1990) captures him and the family band at their best. It's all here, all the Willie classics, his signature songs and fan favorites. His trusty guitar, "Trigger, " and that voice, that unique phrasing, that makes Willie Nelson one of the world's most original singers, whether he's wailing the blues, honky tonkin, ' crooning pop standards or rockin' the house. Everybody knows the story: the boy from Abbott, Texas who grew up playing music with his sister Bobbie, who moved to Nashville to stake his claim, but after years of writing classic songs for other artists ("Crazy, " "Night Life, " "Funny How Time Slips Away"), got tired of playing the game and moved back to Texas. He chose Austin as his new home, and nothing has been the same ever since. This performance shows Willie at the top of his game. Back then he truly was and still is the "King of Country." - Terry Lickona (producer Austin City Limits)
All New Items on flyvintageandvinyl.com are Priced Below MSRP
and do not reflect our in-store prices and are not necessarily in stock at our physical store.
In fact, most items won’t be because we’re a small, family run business and don’t have space to stock nearly 500,000 new titles.