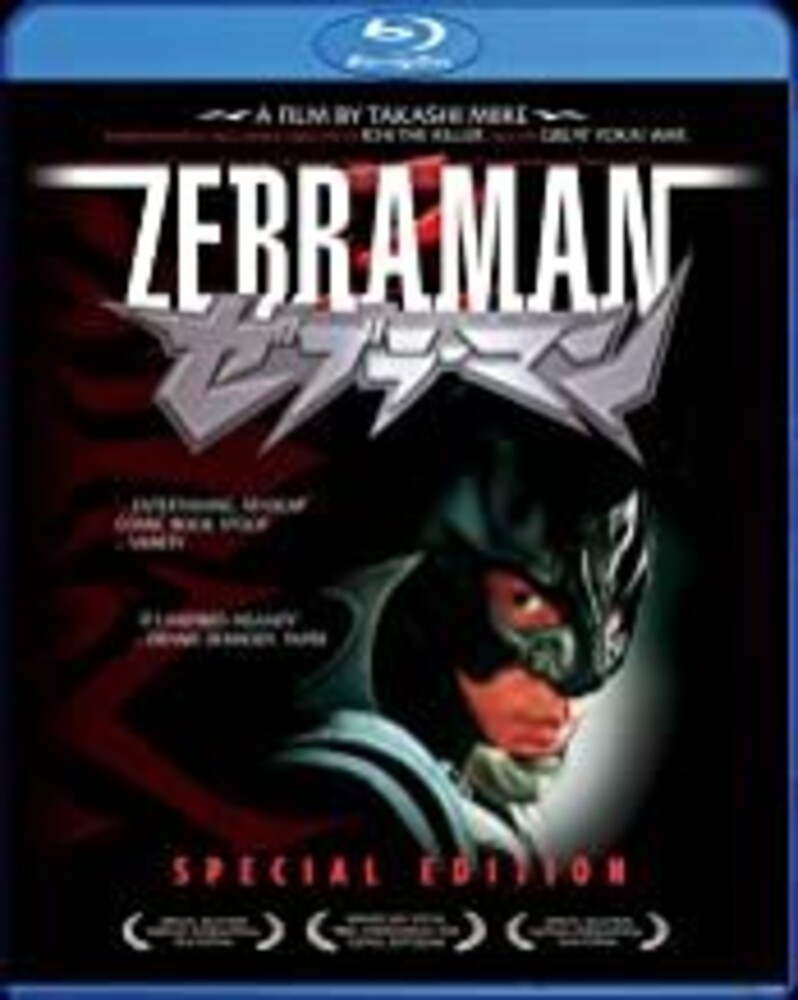 Shinichi (Sho Aikawa) is a down-trodden third-grade teacher who gets little respect from his own family let alone from his wise-ass students. Back in 1978 he became obsessed with a TV superhero named Zebraman, a show that was cancelled after only a few episodes. Since the Zebram show was set in 2010, Shinichi decides the time is right to make a crude Zebraman costume and slink around the city at night to fulfill his childhood fantasy. His seemingly harmless escapism takes a sudden detour into harsh reality when he runs into a strange half-crab, half-man who was Zebraman's arch enemy from the old show! Soon the saga of Zebraman and his war against the usual gang of strange alien enemies seems downright prophetic! Shinichi vows to fulfill the prophecy and become the super-hero of his childhood to protect the planet from the marauding menace! Special features include trailers, theme song, photo gallery and more! Not rated. English dubbed and with the original Japanese audio and English subtitles. From Takashi Miike, one of Japan's most prolific contemporary directors whose credits include Audition, Ichi The Killer, Great Yokai War, Fudoh and many more!
All New Items on flyvintageandvinyl.com are Priced Below MSRP
and do not reflect our in-store prices and are not necessarily in stock at our physical store.
In fact, most items won’t be because we’re a small, family run business and don’t have space to stock nearly 500,000 new titles.