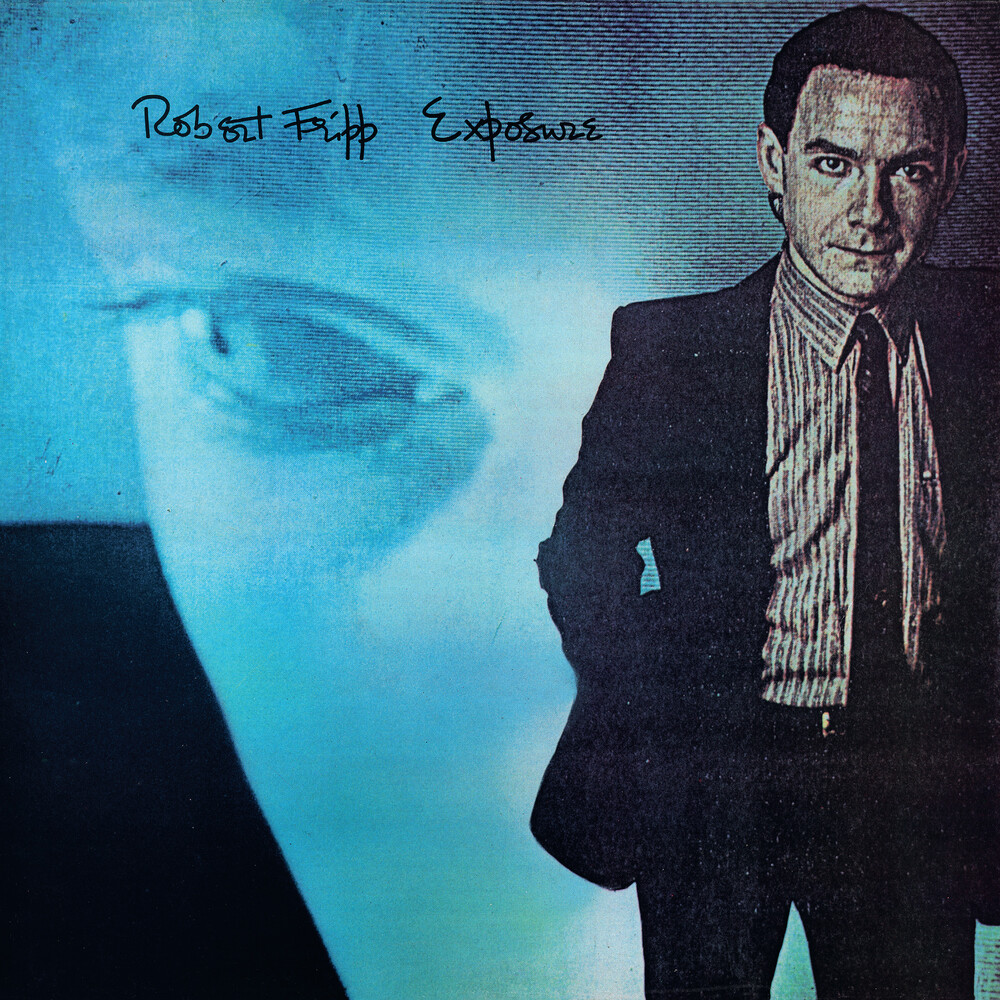 Robert Fripp's classic debut. Fourth Edition - Newly mixed (from the original multi-track tapes) by Steven Wilson. Mastered by Jason Mitchell at Loud Mastering. Pressed on 200g super-heavyweight vinyl. After King Crimson's dissolution in 1974, Robert Fripp embarked on a lengthy sabbatical away from the public eye. His relocation from Great Britain to New York in February 1978 marked his return as a producer, solo artist, and 'wild card' collaborator with an impressive roster of artists including Daryl Hall, Blondie, Peter Gabriel, and David Bowie. Fripp's first solo album, Exposure, was released in 1979. A further two solo records, Under Heavy Manners/God Save The Queen and Let The Power Fall followed, and in 1980 he formed The League Of Gentlemen. Described as a New Wave dance band, this led to King Crimson's reformation in 1981. The term 'Classic album' has been devalued somewhat through overuse, but if ever an album has proved worthy of the term it's Robert Fripp's 1979 solo debut Exposure. An invitation from David Bowie and Brian Eno in July 1977 resulted in his appearance as lead guitarist on Heroes, David Bowie's 2nd 1977 album from his own golden year and marked Fripp's return to full time musician. Further work with Daryl Hall, Peter Gabriel, The Roches & Blondie (a version of "I Feel Love" sung by Debbie Harry was planned for inclusion on the album but never recorded), preceded the sessions. Recorded at the Record Plant in New York, the album was originally conceived as part of a trilogy alongside Daryl Hall's Sacred Songs and Peter Gabriel's 2nd solo album (both Fripp produced). Exposure was delayed from it's scheduled 1978 release date by RCA's postponement of the release of the Hall album (that remained unissued until 1980) & Hall's then manager's insistence that some of his vocals be removed from the album. When the album finally appeared in 1979, it's mixture of songs, singers, instrumentals, snatches of speech, audio verite sound collages - all linked by an autobiographical/diary approach - presented a very different musician from that of the initial King Crimson period 1969-74. Even in a period when the wheel as represented by a vinyl album seemed to be reinvented on a routine basis, a time when "expect the unexpected" was the best approach to any number of then new or current recordings, Exposure stood apart. It still does. Now presented in single LP form as remixed from the original multi-track master tapes by Steven Wilson as part of his work on the Exposures boxed set, the album retains all of the power and vitality that made it such a compelling listen when first released. One of the seminal albums of the period revisited.
All New Items on flyvintageandvinyl.com are Priced Below MSRP
and do not reflect our in-store prices and are not necessarily in stock at our physical store.
In fact, most items won’t be because we’re a small, family run business and don’t have space to stock nearly 500,000 new titles.