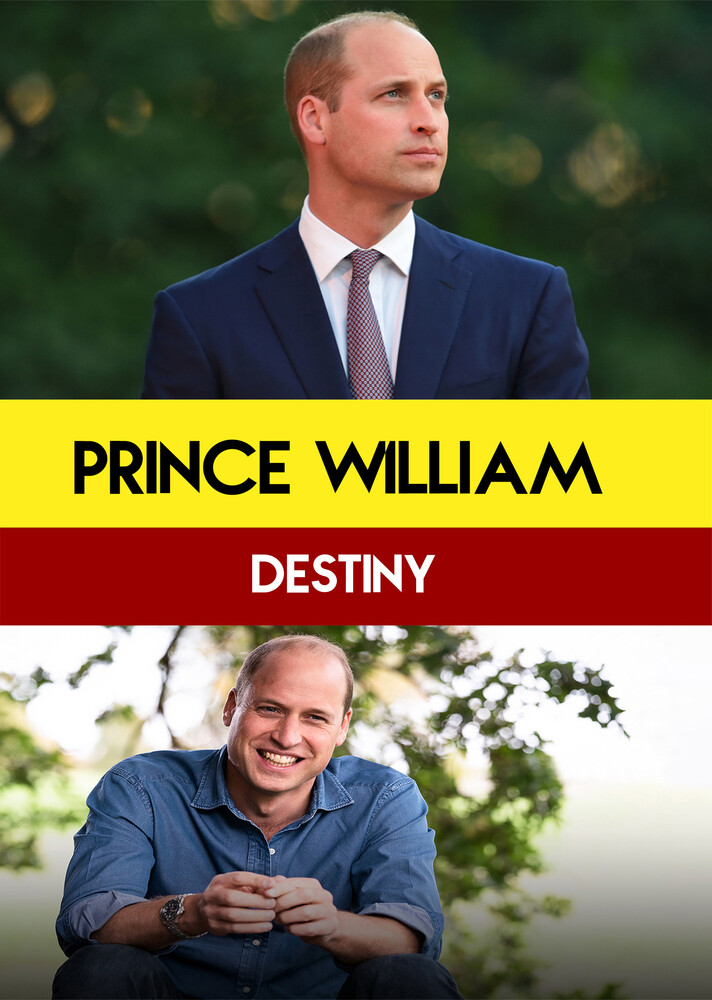 ?Destiny' An unauthorized story on Prince William Dashing good looks and irresistible charm, Prince William has emerged as the British Royal Family's golden boy. Prince William is a young man who is well mannered, responsible and mature for his years. He shows a strong sense of duty and loyalty to his family, whilst remaining fully aware of the role that he will play as the future British King. His upbringing has been carefully managed and his destiny thoughtfully mapped out by the Monarchy. Since birth, William's personal life has been the subject of great media attention. As a result, the Prince has developed a great distain for the paparazzi, and believes they contributed to his mother's death. He is also a very protective and loving big brother to Prince Harry. It was whilst attending St Andrews University that his much-publicized romance with Kate Middleton began. Media attention became so intense that William made a specific request to the press to keep their distance from Kate. It was an all too familiar sight for the Monarchy, as in the lead up to Diana's engagement she too was besieged by the media. William graduated with upper second-class honors, the highest honors awarded to any heir of the British throne. By April 2007, the tabloids harassment had became too much for Kate. The Sun newspaper reported that the couple had split during a holiday. There was speculation that the pressure had been too much. Fortunately, several months later, the couple resumed their relationship. It was said that the Queen expressed a private desire that the couple should date for at least five years, and that Middleton should first secure a "proper full-time job". Finally after eight years of courting, it was announced that Prince William and Kate Middleton were engaged. The Prince popped the question during a holiday in Kenya, with William presenting Kate with his mother's famous diamond and sapphire engagement ring. Royalists believe it will be the wedding of their generation, with many hoping that their marriage will pass the test time of time, unlike those that have gone before them. Above all, Prince William and Harry's greatest influence was Diana, the Princess of Wales, who gave them a truly unique and loving childhood. Her legacy lives on in the young prince, who is dedicated to many charitable causes. William uses his profile and status for the greater good, and is a tireless campaigner for the environment and humanitarian causes. Both he and Harry have kept their mother's memory alive with fundraising events such as The Concert For Diana. The event was staged to celebrate their mother's life on the tenth anniversary of her death. The Princes' also organized a memorial service. William is currently taking an active role in the Royal Air Force as a search and rescue helicopter pilot; this role enables him to take an active role as a member of the armed forces without him being deployed on combat. A long-term career in the military is unlikely due to his future ascension to the throne. From birth, it was destined that William would be an ambassador for the Monarchy. But the Royal Family would not have expected his popularity to be as great as it is, and he is warmly welcomed on all his travels all over the world. William's destiny is clear, the day is approaching when he will be crowned King, and with Kate by his side the Monarchy is in very safe hands.
All New Items on flyvintageandvinyl.com are Priced Below MSRP
and do not reflect our in-store prices and are not necessarily in stock at our physical store.
In fact, most items won’t be because we’re a small, family run business and don’t have space to stock nearly 500,000 new titles.