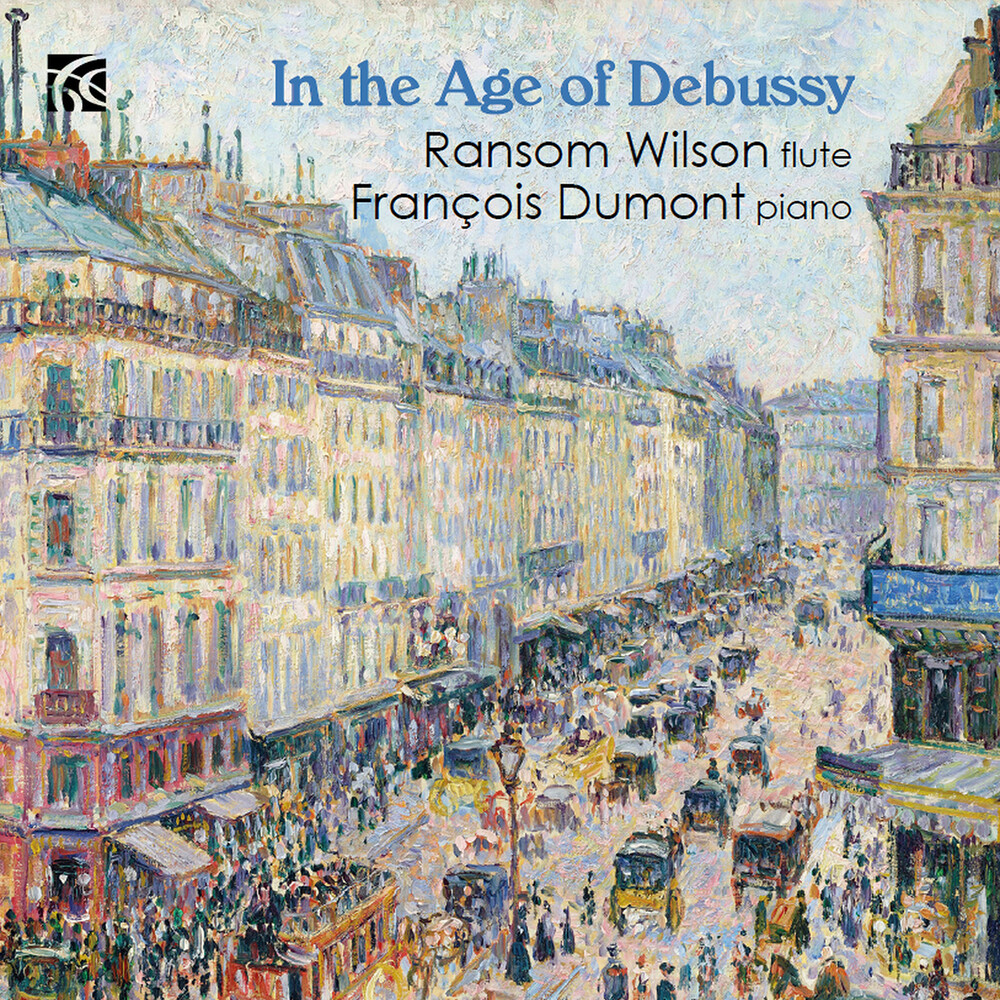 In the Age of Debussy
Artist: Boulanger / Wilson / Dumont
Format: CD
New: Not in stock
Wish

Ransom Wilson has long been recognized internationally as one of the greatest flutists of his generation. After graduation from the Juilliard School in 1973, he spent a year in Paris as a private student of Jean-Pierre Rampal. As flute soloist, he has appeared in concert with some of the greatest orchestras and artists of our time, including the Chicago Symphony, Philadelphia Orchestra, San Francisco Symphony, London Symphony, Frederica von Stade, Jessye Norman, Thomas Hampson, Susan Graham, Dolora Zajick, Nadja Salerno-Sonnenberg, Hilary Hahn, Jean-Pierre Rampal, Sir James Galway, and many others. FranĂ§ois Dumont is a prize winner of the most prestigious international competitions: the Queen Elisabeth Competition (Brussels), the Chopin Competition (Warsaw), the Cleveland International Competition in the United States and the Clara Haskil Competition in Switzerland. In 2012, he was received the prize of RĂŠvĂŠlation de la Critique Musicale franĂ§aise. Born in 1985 in Lyon, FranĂ§ois Dumont worked with Pascale Imbert, Chrystel Saussac and HervĂŠ Billaut before being admitted at the age of fourteen to the Conservatoire National Superior of Music and Dance of Paris in the class of Bruno Rigutto. With Virginie Constant and Philippe AĂŻche, he is a member of the Trio ElĂŠgiaque.
All New Items on flyvintageandvinyl.com are Priced Below MSRP
and do not reflect our in-store prices and are not necessarily in stock at our physical store.
In fact, most items wont be because were a small, family run business and dont have space to stock nearly 500,000 new titles.

International Orders, Box Sets and Larger Items
may incur an additional shipping fee and well notify you by email before we process your order. Customs forms for international orders are marked as "Merchandise"
and we are not responsible for any additional customs fees when packages arrive at their destination country. Select items aren't allowed to be shipped outside the U.S.
and well issue a refund for these if export restrictions apply. We reserve the right to limit quantities on select items.