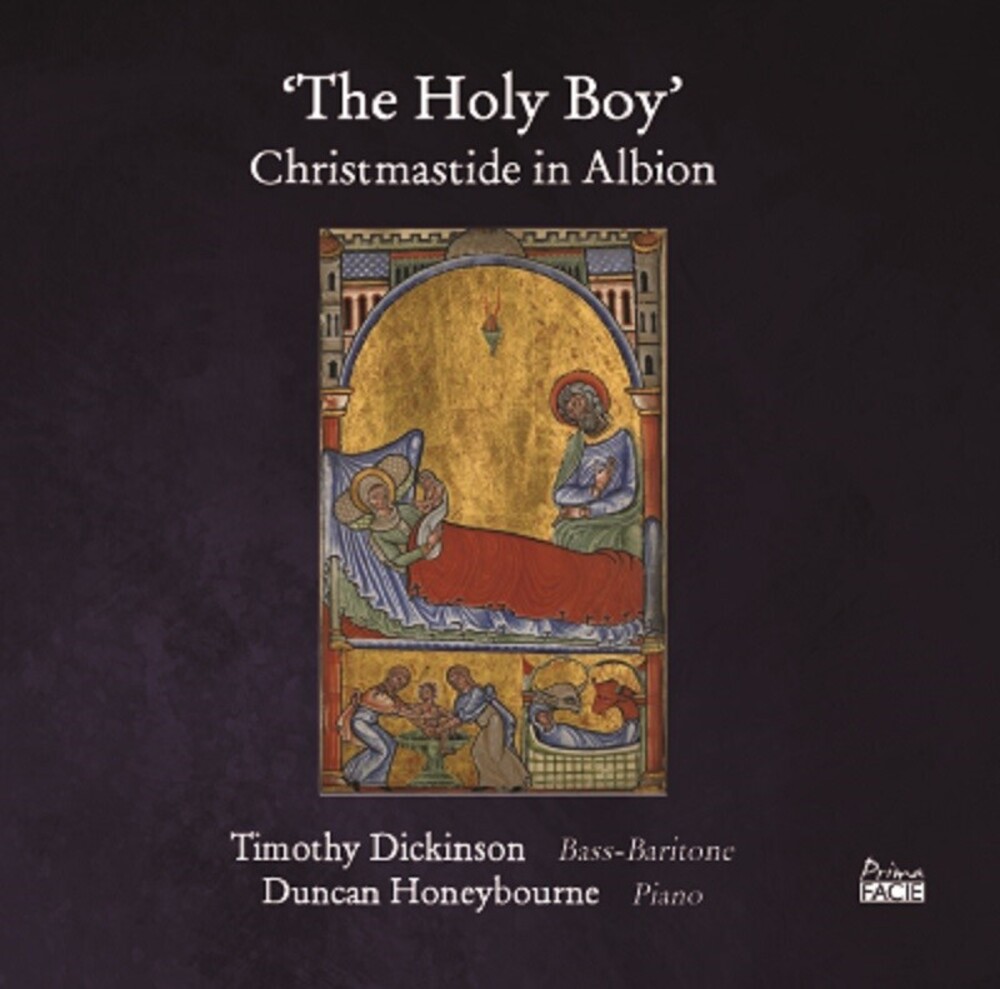 A selection of traditional Christmas songs performed by bass-baritone Timothy Dickinson and pianist Duncan Honeybourne. "The inspiration for this programme of Christmas music was sparked by a handful of songs and a handful of singers. Having rather hurriedly gathered together repertoire for a Christmas concert in December 2020, after months of cancelled and postponed performances, it dawned on us that the few songs we had chosen (among them 'The little road to Bethlehem', 'The Holy Boy', 'The Oxen' and 'The bayly berith the bell away') belonged together and would sit very happily in an expanded programme of similar music. Little did we know how rich a seam we were to discover, and how much of this repertoire seems to have been sadly neglected. While the Christmas songs of Peter Warlock could fill an entire disc (and have done), not all of the songs are well known, particularly in the versions for voice and piano. We have Warlock's friend Arnold Dowbiggin (dedicatee of 'The Frostbound Wood') to thank for the revised version of his well-loved carol, 'Bethlehem Down', one of the very last acts of Warlock's tragically short life. Another fine singer to whom this programme owes a debt is Owen Brannigan, who is the dedicatee of both Michael Head's 'Carol of the Field Mice' and Malcolm Williamson's 'A Christmas Carol', composed some six years apart. Two other singers deserve special recognition, namely Forbes Robinson (1926-87) and John Carol Case (1923-2012). It was 'Christmas With Forbes Robinson' (Tower LP 1973) that not only pointed us in the direction of Arnold Bax's 'Five Fantasies on Polish Carols' and Mark Hankey's delightful 'Lucy's Carol' (of which we are told that "the words... were extemporised to her doll by a four year old child whose name was Lucy") but also showed that a programme of Christmas songs for Bass-Baritone was not only plausible but genuinely commendable. As for John Carol Case, it was to his anthology 'Sing Solo Christmas' (OUP 1991) that we turned (as many others must have) for inspiration and stimulation, and it is hard to imagine a more varied and sensitively assembled collection of such music. "
All New Items on flyvintageandvinyl.com are Priced Below MSRP
and do not reflect our in-store prices and are not necessarily in stock at our physical store.
In fact, most items won’t be because we’re a small, family run business and don’t have space to stock nearly 500,000 new titles.