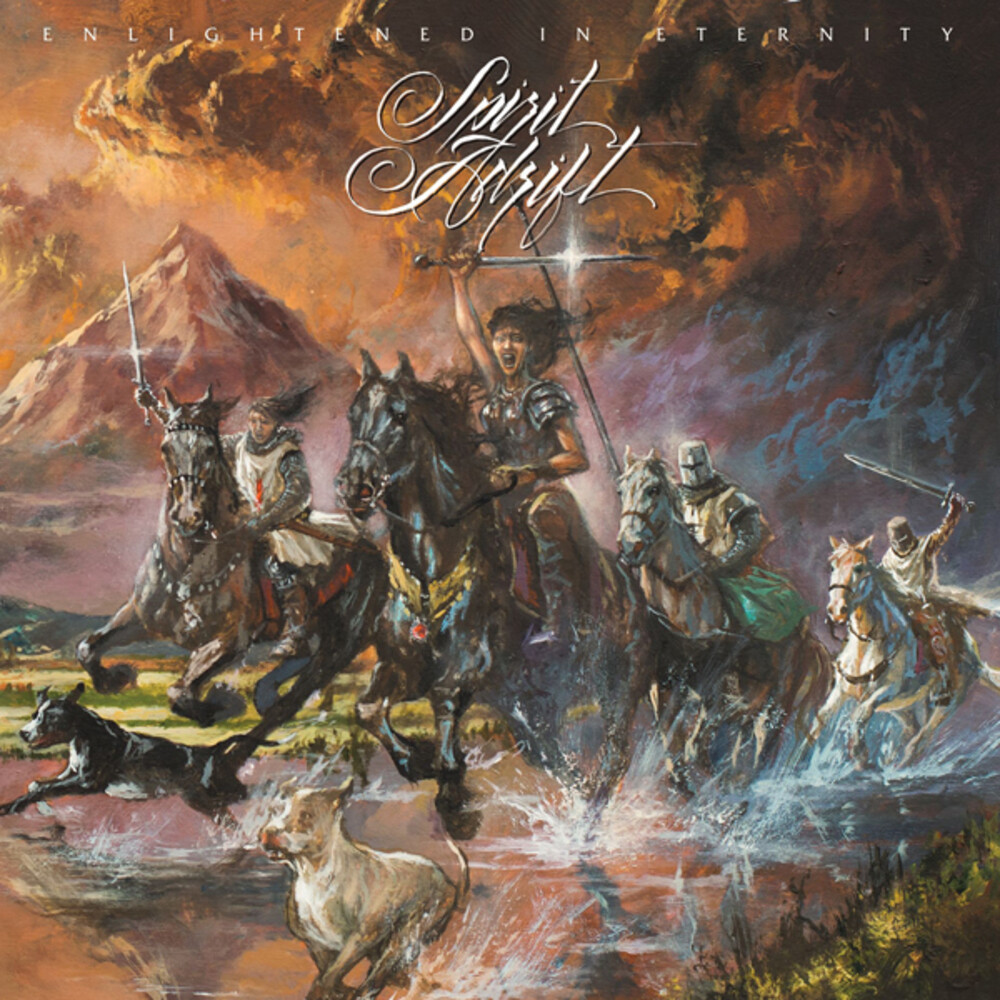 Spirit Adrift refuses to slow down. With Enlightened In Eternity, Nathan Garrett, alongside drummer Marcus Bryant, has created yet another monument to the timelessness of heavy metal. And while this album builds on the sizable foundation established by previous releases, it also sets itself apart in formidable new ways, widening the scope of what Spirit Adrift can be.What this band has mastered, and where others have failed, is the ability to invoke the power of metal's past, whether it be the '70s, '80s or even the '90s, as one hears here, without ever feeling throwback or "retro". Spirit Adrift urgently represent the sonic and emotional zeitgeist of 2020. Enlightened In Eternity carries the same enormous magnitude of the most significant metal records of every era, but Garrett has carved out his own place among the greatest of songwriters, by crafting uniquely classic and instantly recognizable songs.Vocally, Garrett again showcases an obvious evolution of his already high-level ability with more soaring soul and snarling venom injected into his classic metal form. The gorgeous guitar leads, melodies, harmonies and unforgettably heavy riffs benefit from a huge, timeless production quality. Bryant has elevated his drumming to new levels of intensity and tasteful subtlety. And as always, the tracks remain imprinted on the mind long after the album has finished.Whether it's the ever-expanding catalog of incredible albums and songs or the searing live performances, the dominance of Spirit Adrift upon the current heavy metal landscape is now undeniable. And while Enlightened In Eternity already marks the band's fourth album, Spirit Adrift have only just begun
All New Items on flyvintageandvinyl.com are Priced Below MSRP
and do not reflect our in-store prices and are not necessarily in stock at our physical store.
In fact, most items won’t be because we’re a small, family run business and don’t have space to stock nearly 500,000 new titles.