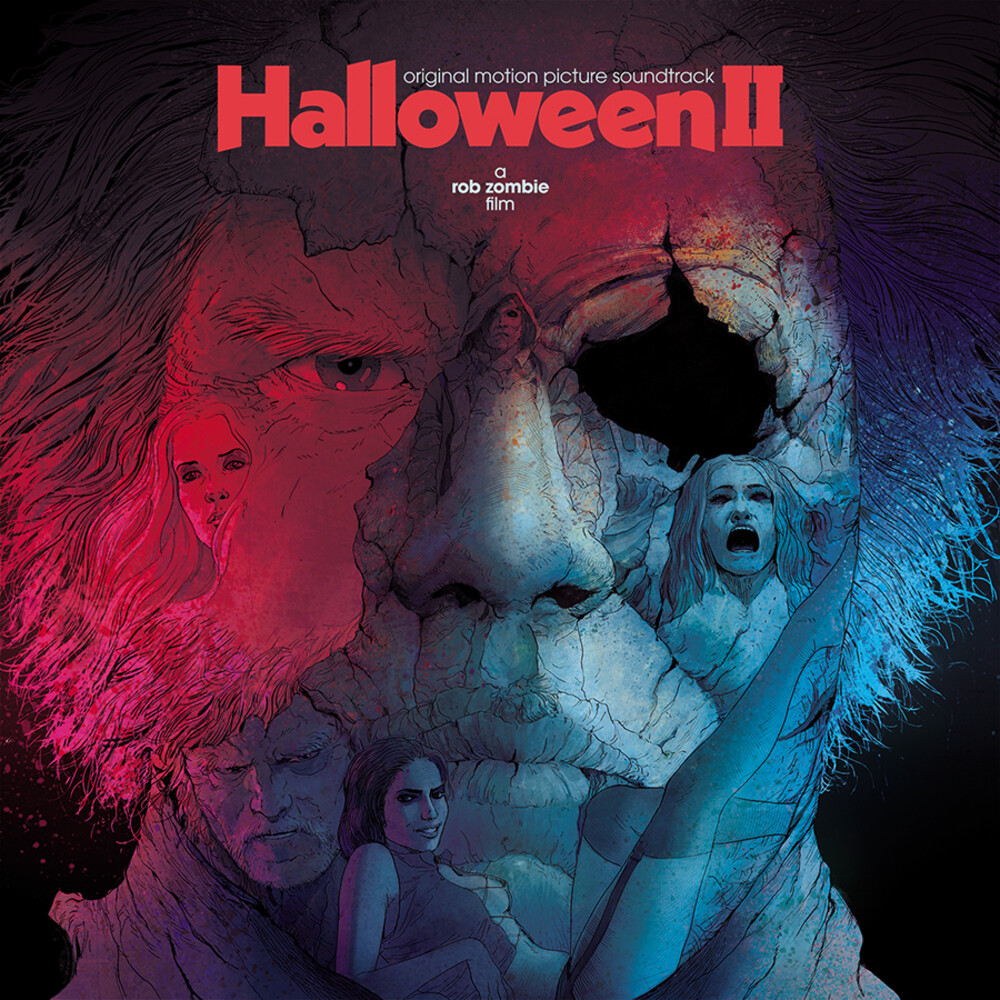 Waxwork Records is proud to announce the debut vinyl release of Rob Zombie's HALLOWEEN II Original Motion Picture Soundtrack. Released in 2009, Rob Zombie's HALLOWEEN II is an American slasher film written, directed, and produced by Rob Zombie. The film is a sequel to Zombie's 2007 reimagining of 1978's Halloween and the tenth installment in the Halloween franchise starring Tyler Mane as Michael Myers, Malcolm McDowell as Dr. Sam Loomis, Sheri Moon Zombie, Scout Taylor-Compton, and Brad Douriff. The film picks up where the 2007 film ended and then jumping ahead one year. HALLOWEEN II follows Laurie Strode as she deals with the aftermath of the previous film's events, Dr. Loomis trying to capitalize on those events by publishing a book that chronicles the events, and Michael Myers as he continues his search for Laurie so he can reunite with his sister.Waxwork Records is proud to present the soundtrack for the very first time on vinyl. The deluxe release features score cues by Tyler Bates, select dialogue from the movie, and soundtrack songs including tracks by The Moody Blues, MotĂ¶rhead, Void, Scream, Foghat, Captain Clegg and the Nightcreatures, and more. The packaging features 180 gram "White Horse" colored vinyl, exclusive liner notes by Rob Zombie, a 12"x12" twenty-page booklet featuring never-before-seen set photography from Zombie's personal collection, a 12"x12" art print insert, printed inner LP sleeves featuring set photography, old style tip-on gatefold jackets with matte satin coating, and new artwork by Robert Sammelin.
All New Items on flyvintageandvinyl.com are Priced Below MSRP
and do not reflect our in-store prices and are not necessarily in stock at our physical store.
In fact, most items won’t be because we’re a small, family run business and don’t have space to stock nearly 500,000 new titles.