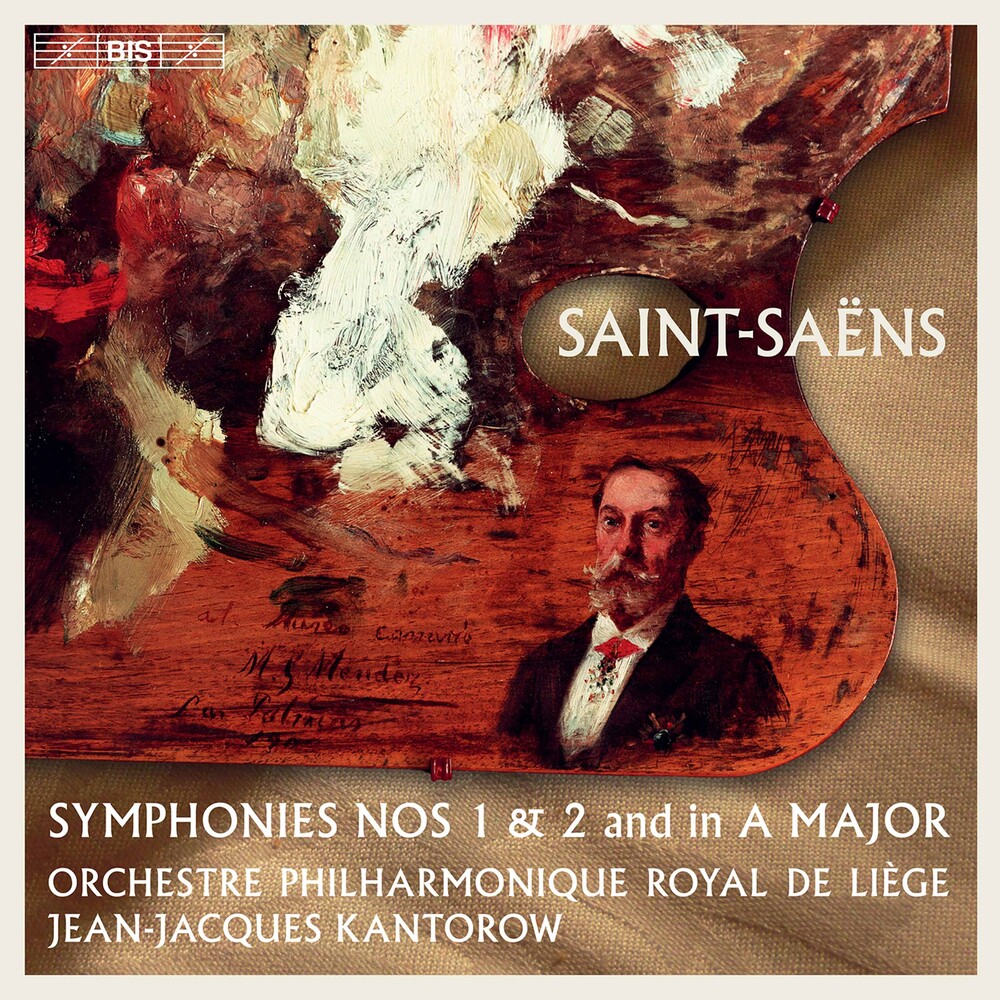 Prodigiously gifted, Camille Saint-SaĂ«ns entered the Paris Conservatoire in 1848, at the age of 13. There he discovered the symphonies of the great German and Austrian composers and soon began to try his own hand at the genre. The Symphony in A major stems from this period and although it was most likely never performed in his lifetime it demonstrates his exceptional talent to the full. Only a couple of years later, in 1853, Saint-SaĂ«ns submitted his second attempt at writing a symphony to one of the capital's concert societies. Praised by Berlioz and Gounod, the Symphony No.?1 in E flat major was accepted for performance and published shortly afterwards as the composer's opus 2. Classical in form, it is an example of Saint-SaĂ«ns' typical clarity, with the lyricism that would later become a hallmark of his music coming to the fore in the two central movements. By the late 1850s, despite his youth, Saint-SaĂ«ns was already well-established: in addition to his activity as a virtuoso pianist, he had been named organist of La Madeleine in Paris. He composed his Symphony No. 2 in A minor quickly: from July to September 1859. The orchestration is transparent, and the first movement unusually features a fugue for three voices. Concise and constantly inventive, the work moves away from the Viennese models Saint-SaĂ«ns admired so much, with a finale reminiscent of the tarantella in Mendelssohn's 'Italian' Symphony. The present album is the first of two dedicated to the symphonies of Saint-SaĂ«ns and recorded by the Orchestre Philharmonique Royal de LiĂ¨ge and Jean-Jacques Kantorow to commemorate the centenary of the composer's death.
All New Items on flyvintageandvinyl.com are Priced Below MSRP
and do not reflect our in-store prices and are not necessarily in stock at our physical store.
In fact, most items won’t be because we’re a small, family run business and don’t have space to stock nearly 500,000 new titles.