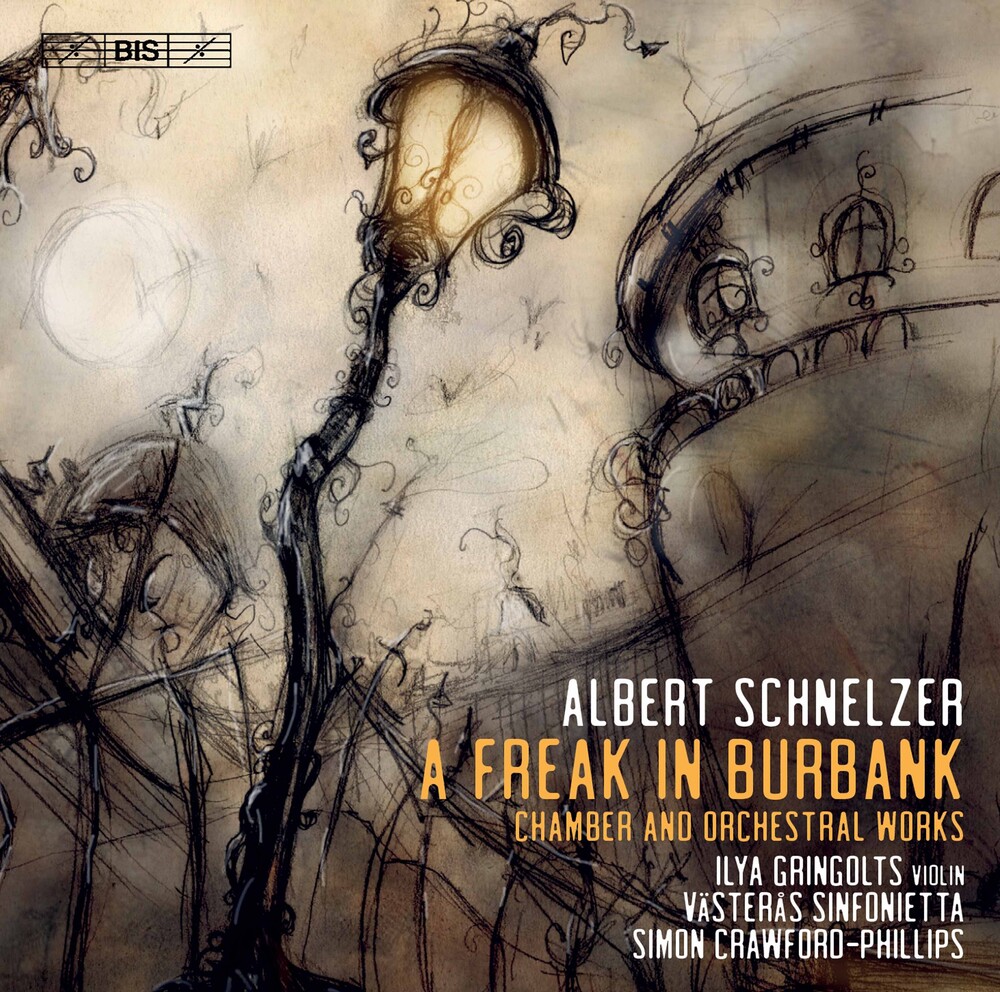 Born in 1972, Albert Schnelzer belongs to the most widely noticed Scandinavian composers of his generation. He has written in all genres, and the present album includes a concerto as well as both orchestral and chamber works. Schnelzer's orchestral output has attracted great attention, with A Freak in Burbank belonging to his most often heard works. Inspired by Haydn as well as by the filmmaker Tim Burton, it has been played more than 70 times to date, in venues such as the Berlin Philharmonie, the Amsterdam Concertgebouw and the Royal Albert Hall. It here appears on album for the first time, performed by the VĂ¤sterĂĄs Sinfonietta conducted by Simon Crawford-Phillips. The same team has also made the premiere recordings of two other works: Burn My Letters - a commission for Clara Schumann's 200th anniversary - and the violin concerto 'Nocturnal Songs', composed for Ilya Gringolts. Interspersed with these are three chamber works - Dance with the Devil, Apollonian Dances and Frozen Landscape - performed by some of Sweden's foremost instrumentalists.
All New Items on flyvintageandvinyl.com are Priced Below MSRP
and do not reflect our in-store prices and are not necessarily in stock at our physical store.
In fact, most items won’t be because we’re a small, family run business and don’t have space to stock nearly 500,000 new titles.