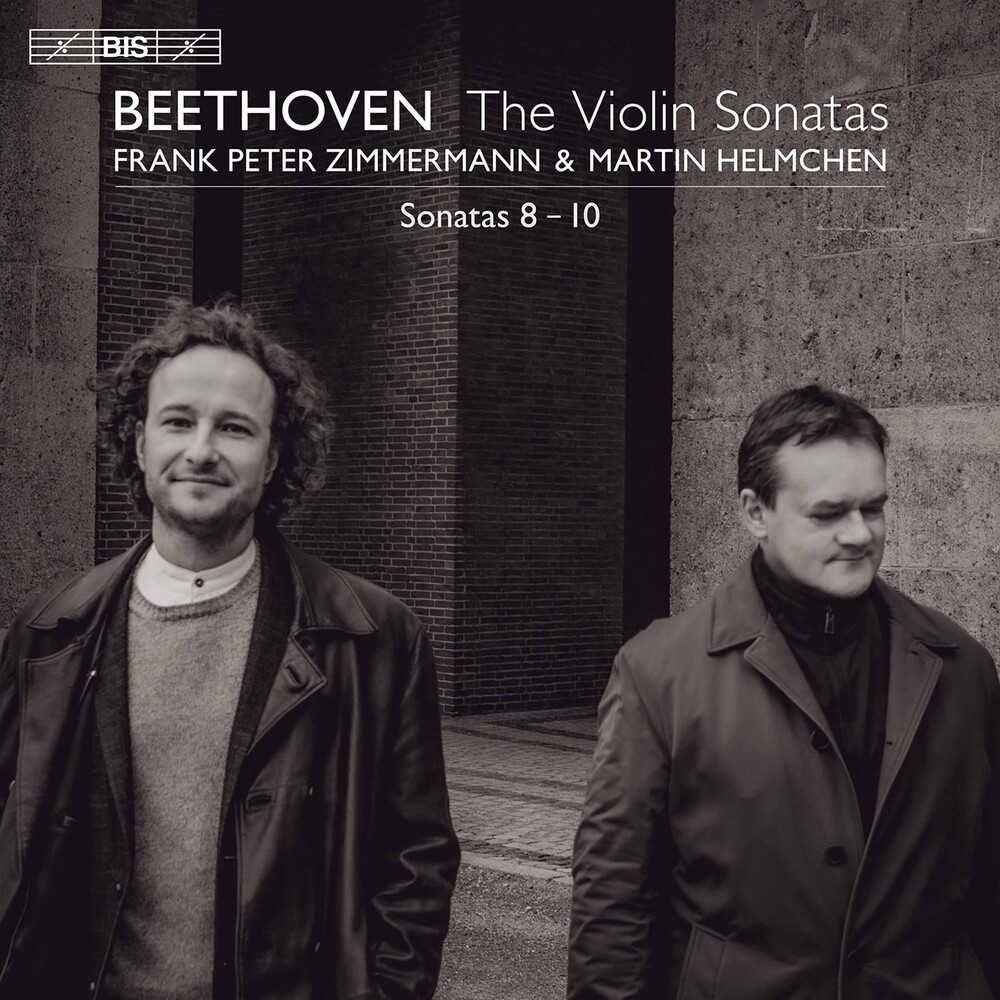 Previous instalments of the Beethoven sonata cycle from Frank Peter Zimmermann and Martin Helmchen have met with wide acclaim. Described as 'conversations by a perfect instrumental pairing' in BBC Music Magazine, the albums have received a Choc in Classica and the recommendation of German website klassik. Com, respectively. This the third and final volume brings together Beethoven's last three works in the genre, composed between 1801 and 1812. The center-piece is the ninth sonata, the famed 'Kreutzer Sonata'. The title page of the first edition described the sonata as 'written in a highly concertante style' and it does indeed surpass everything that had previously been written in the genre, in terms of scale as well as technical and compositional complexity. It is preceded by the more lightweight Sonata No. 8 in G major, in which ideas and motifs chase each other until the end of the whirlwind finale. Also in G major, Beethoven's tenth and final violin sonata closes the disc. It was composed almost ten years after the Kreutzer, and is certainly less spectacular. In no way is it a step backwards in artistic terms, however: exchanging drama and heroics with songful intimacy, it is rather one of the works through which Beethoven freed himself from the depression into which he had fallen after renouncing his 'Immortal Beloved'.
All New Items on flyvintageandvinyl.com are Priced Below MSRP
and do not reflect our in-store prices and are not necessarily in stock at our physical store.
In fact, most items won’t be because we’re a small, family run business and don’t have space to stock nearly 500,000 new titles.