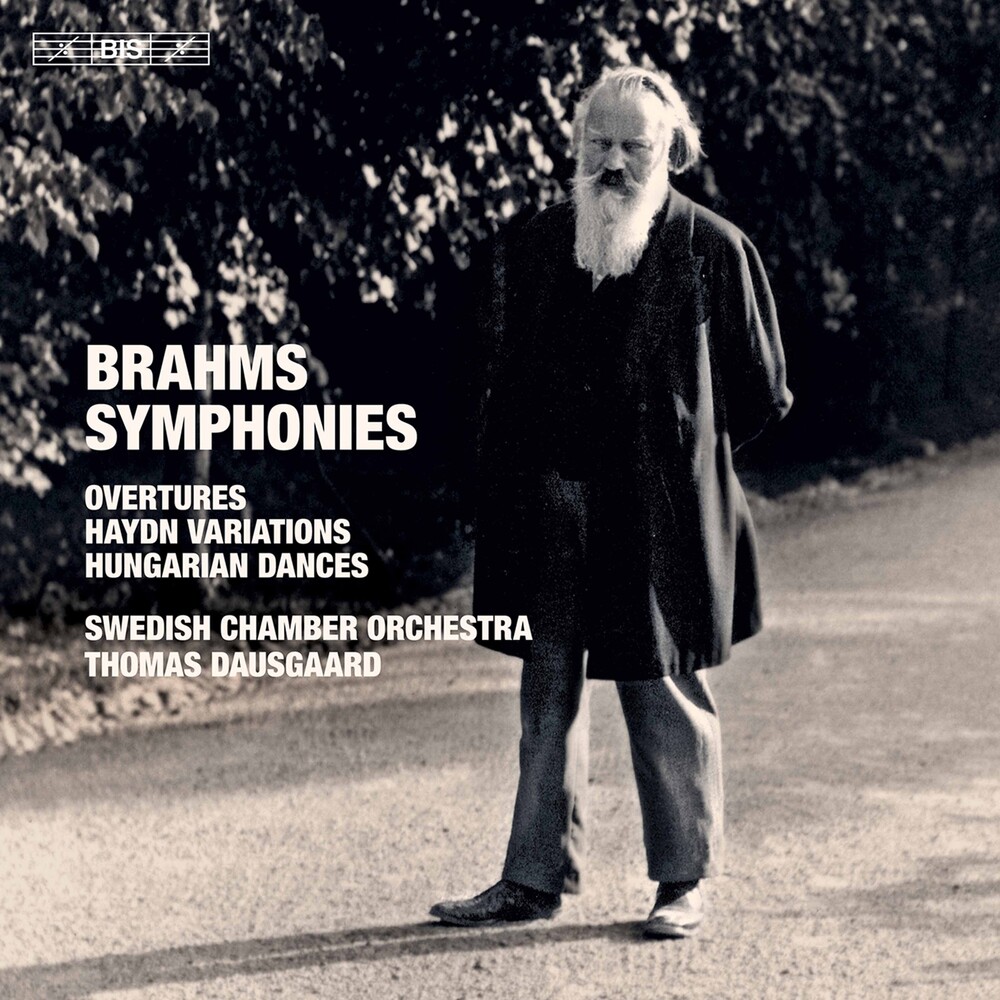 This boxed set brings together Thomas Dausgaard's and the Swedish Chamber Orchestra's cycle of Brahms' symphonies, originally released as four separate discs. Each symphony is coupled with carefully selected works to provide a well-rounded idea of the composer's orchestral output. Favorites such as the two concert overtures are included - the laughing and the weeping one, to paraphrase Brahms himself - as well as the much loved Haydn Variations (on a theme which most likely isn't by Haydn at all...). Another perennial favorite is the Alto Rhapsody, with Anna Larsson singing the solo part, but there are also less often heard works - Brahms's orchestrations of his own Liebeslieder-Walzer as well as of six songs by Schubert. And throughout the set the composer's Hungarian Dances (including some of his most popular music) run like a thread. Brahms own orchestrations of Nos 1, 3 and 10 have pride of place on disc 1, with the remaining 18, in much praised orchestral versions by Thomas Dausgaard, are spread out over the remaining three discs. In reviews of the individual discs, critics have praised their sound, words such as 'freshness', 'transparency' and 'urgency' to describe the performances, with the critic in Fanfare expressing his pleasure at hearing 'Brahms from the edge of one's seat'.
All New Items on flyvintageandvinyl.com are Priced Below MSRP
and do not reflect our in-store prices and are not necessarily in stock at our physical store.
In fact, most items won’t be because we’re a small, family run business and don’t have space to stock nearly 500,000 new titles.