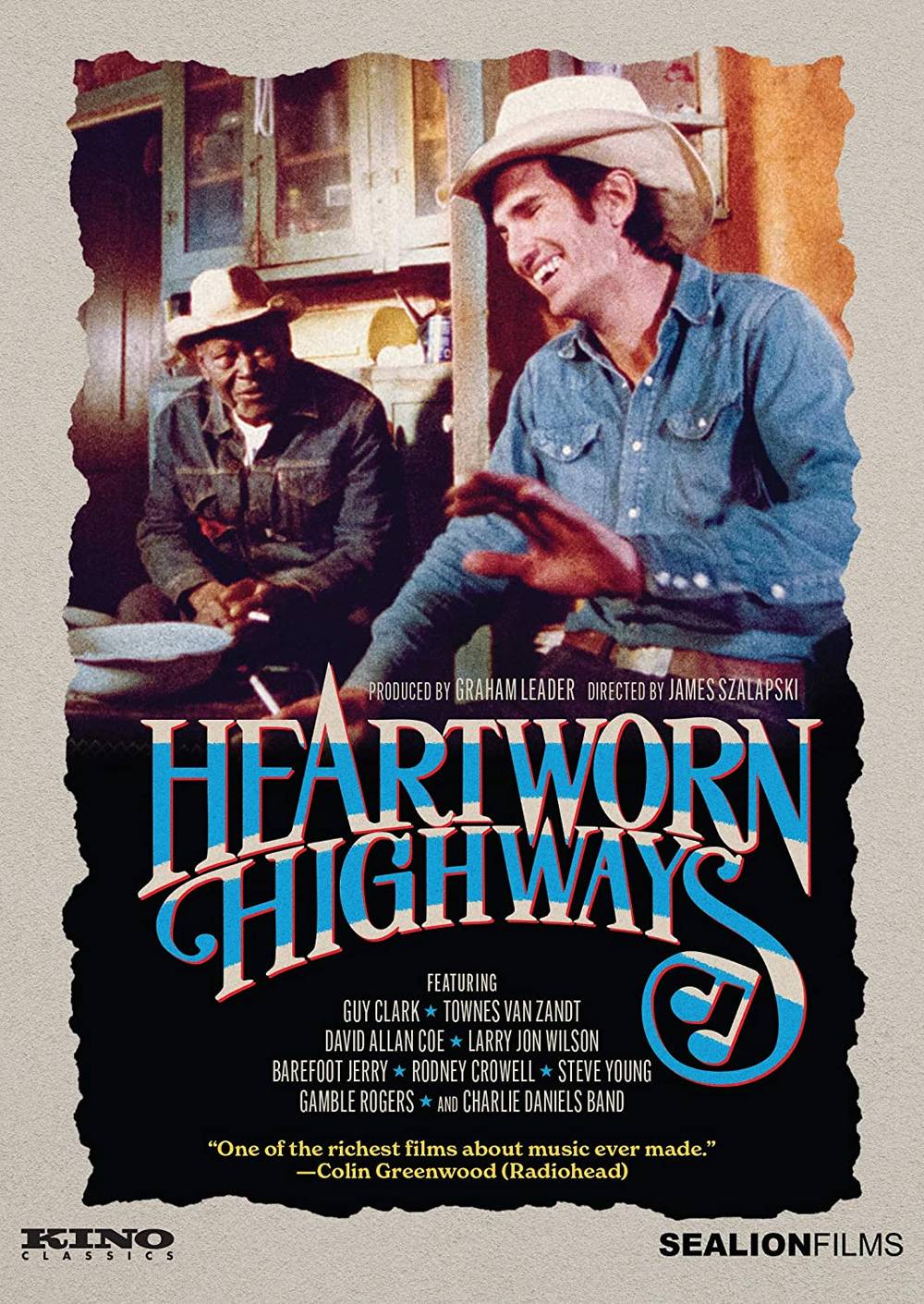 Sometimes, a documentary filmmaker is present at precisely the right moment to capture lightning in a bottle. It happened with Bob Dylan in Don't Look Back, Chet Baker in Let's Get Lost, and it happened with 1976 s Heartworn Highways. This iconic outlaw country documentary saw filmmaker James Szalapski travel to Texas and Tennessee to capture the radical artists reclaiming the genre by rejecting the mainstream Nashville machine. Townes Van Zandt, Guy Clark, Steve Young, David Allan Coe, Steve Earle and many others provide musical highlights including Clark s brilliant 'Desperados Waiting For a Train', Young s stirring 'Alabama Highways' and Van Zandt s emotional 'Waiting Around To Die.' The hard living and hard partying lifestyles of outlaw country s figureheads are played out on screen as we visit Van Zandt s Austin trailer, see Coe play in Tennessee State Prison, join the gang in Nashville s notorious Wig Wam Tavern and witness a liquor-fueled Christmas at Clark s house. No wonder the film s original tagline read: 'The best music and the best whiskey come from the same part of the country'. Outside of a couple festival screenings, the movie remained unreleased for five years after its completion, finally hitting screens in 1981. It has been building a cult audience ever since. - Light in the Attic Records Special Features: -Audio commentary with producer Graham Leader and editor/AD Phillip Schopper -Bonus footage (52 minutes) -Trailers for Heartworn Highways and Heartworn Highways Revisited (2017)
All New Items on flyvintageandvinyl.com are Priced Below MSRP
and do not reflect our in-store prices and are not necessarily in stock at our physical store.
In fact, most items won’t be because we’re a small, family run business and don’t have space to stock nearly 500,000 new titles.