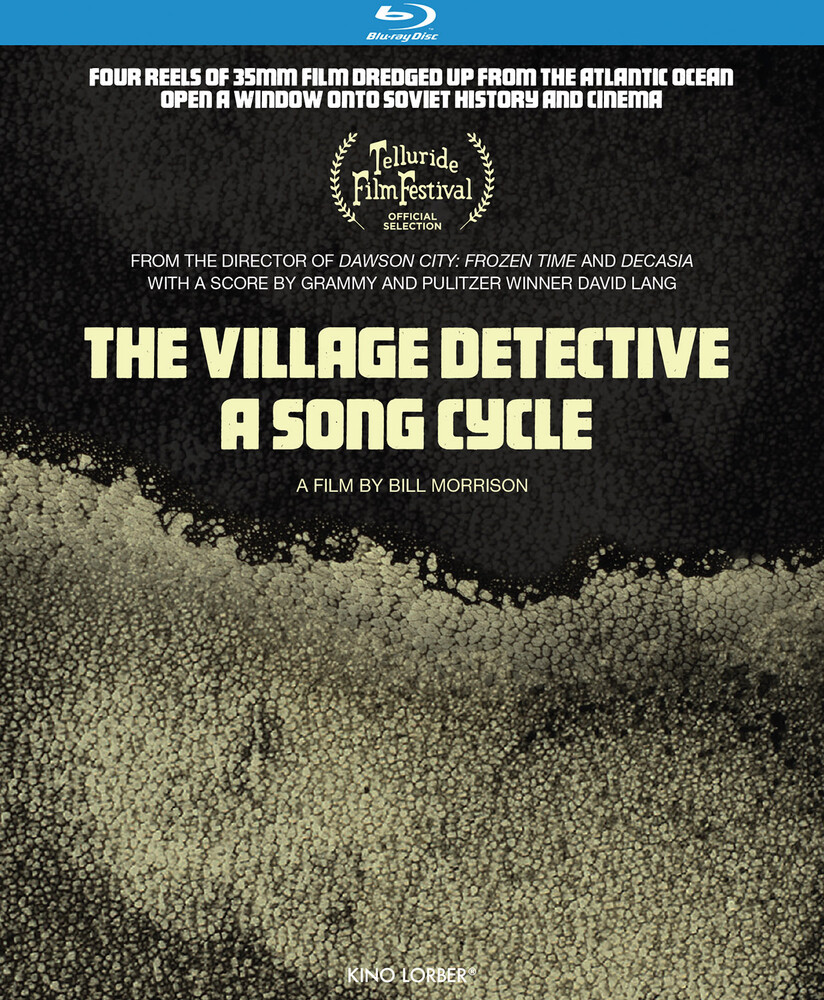 During the summer of 2016, a fishing boat off the shores of Iceland made a most curious catch: four reels of 35mm film, seemingly of Soviet provenance. Unlike the film find explored in Bill Morrison's Dawson City: Frozen Time, it turned out this discovery wasn't a lost work of major importance, but an incomplete print of a popular comedy starring beloved Russian actor Mihail Zarov. Does that mean it has no value? Morrison thought not. To him, the heavily water-damaged print, and the way it surfaced, could be seen as a fitting reflection on the life of Zarov, who loved this role so much that he even co-directed a sequel to it. In The Village Detective: a song cycle Morrison uses the story as a jumping off point for his latest meditation on cinema's past, offering a journey into Soviet history and film accompanied by a gorgeous score by Pulitzer and Grammyr-winning composer David Lang.
All New Items on flyvintageandvinyl.com are Priced Below MSRP
and do not reflect our in-store prices and are not necessarily in stock at our physical store.
In fact, most items won’t be because we’re a small, family run business and don’t have space to stock nearly 500,000 new titles.