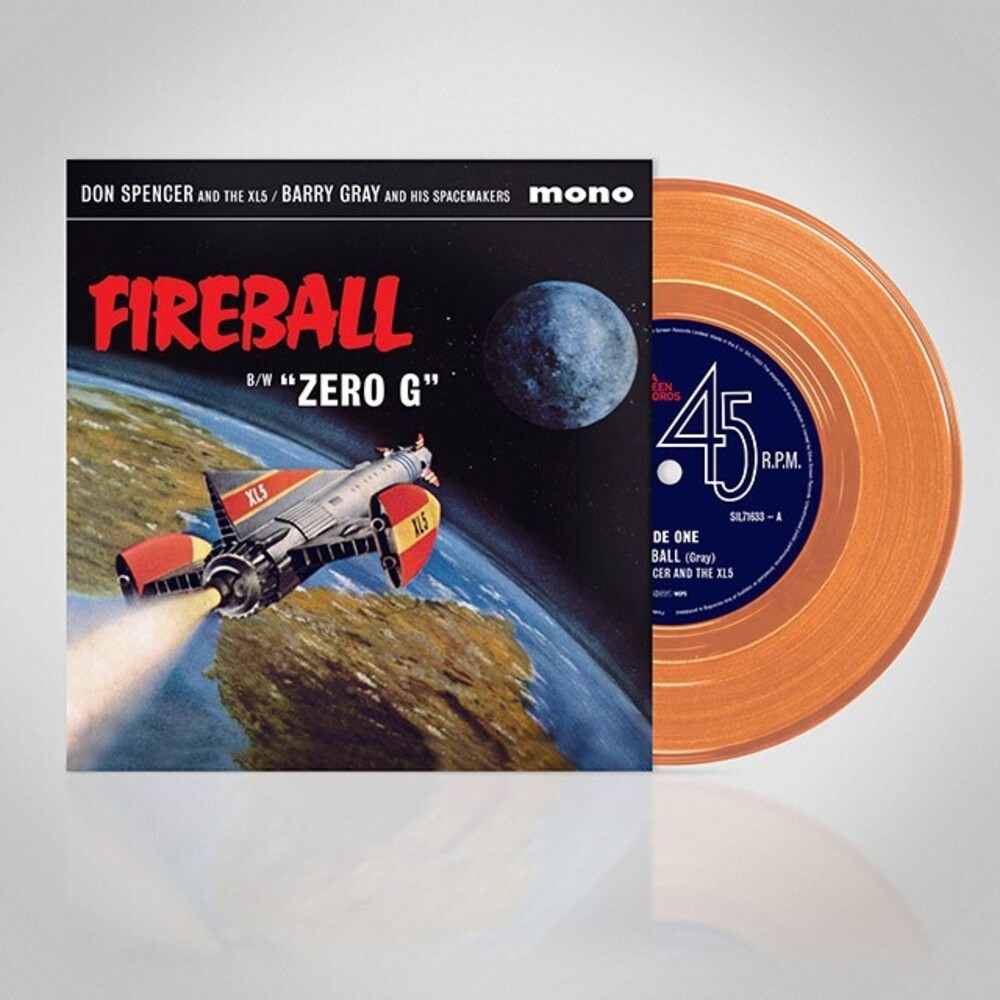 Barry Gray's soundtrack LP to the 1962 series "Fireball XL5" from Gerry and Sylvia Anderson will be released on vinyl early in 2021 on Silva Screen Records, the next in a series of Anderson releases which has so far featured UFO, Supercar and Thunderbirds. This 7" single features two tracks from the upcoming album: Side 1 - Fireball (Don Spencer and the XL5), Side 2 - Zero G (Barry Gray and his Spacemakers)Don Spencer's original 7" single release on His Masters Voice in 1962 reached number 32, remaining in the UK charts for twelve weeks. The original B side was another Don Spencer track, "I'm All Alone Again", replaced on this release with "Zero G".Fireball XL5 was set in 2062 and followed the exploits of the eponymous spaceship commanded by Colonel Steve Zodiac of the World Space Patrol. It was produced, like most other Anderson productions, in Supermarionation, using puppetry techniques that captured the imagination of a generation. Barry Gray collaborated with the Andersons on all the Supermarionation series, his jazzy style supplemented by the use of an electronically augmented keyboard, the Ondes Martenot, creating the other-worldly atmosphere which became synonymous with the sci-fi series
All New Items on flyvintageandvinyl.com are Priced Below MSRP
and do not reflect our in-store prices and are not necessarily in stock at our physical store.
In fact, most items won’t be because we’re a small, family run business and don’t have space to stock nearly 500,000 new titles.