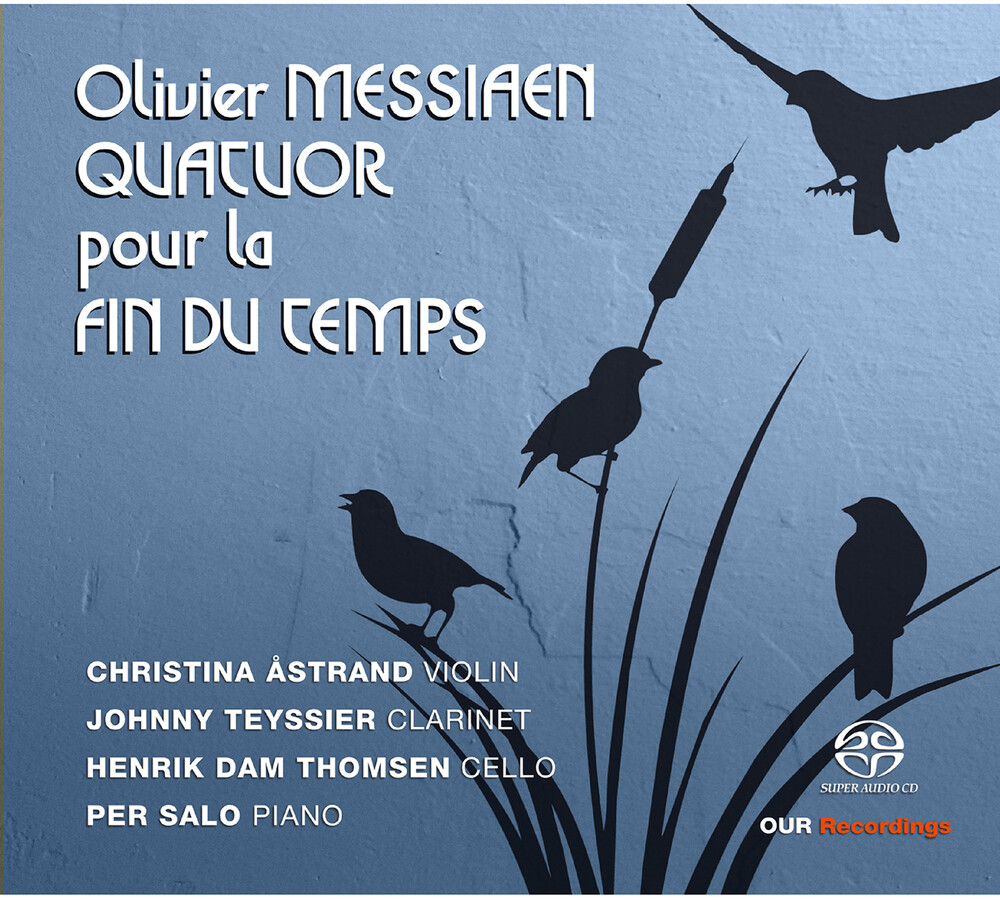 Messiaen's most famous work, Quatuor pour la fin du temps (Quartet for the End of Time), was composed while a captive in a German prisoner of war at Stalag VIII A, located near the town of GĂ¶rlitz-Moys in Silesia, Germany. Messiaen met there three fellow prisoners who were also accomplished musicians: Etienne Pasquier, a world-class cellist who had already secured an international reputation as a member of the Pasquier Trio; Jean Le Boulaire, a violinist who had studied at the Paris Conservatory; and Henri Akoka, a clarinetist who was a member of the Paris-based Orchestre National de la Radio. Together, this unusual ensemble formed the basis for one of the most extraordinary works of the 20th century. Rooted in his deeply Christian faith, the Quatuor is inspired by the 10th chapter of the Book of Revelation. It was also Messiaen's first composition to include bird song, in addition to his developing use of color imagery, and his continuing exploration of many interesting and novel ways of rhythmic organization to create a feeling of timelessness. Two of the most highly esteemed classical musicians in Denmark, violinist Christina Ă…strand and pianist Per Salo (AKA Duo Ă…strand/Salo) are joined by two colleagues from The Danish National Symphony Orchestra, Johnny Teyssier, clarinet, and Henrik Dam Thomsen, cello for a performance as pure as crystal and as immense as space.
All New Items on flyvintageandvinyl.com are Priced Below MSRP
and do not reflect our in-store prices and are not necessarily in stock at our physical store.
In fact, most items won’t be because we’re a small, family run business and don’t have space to stock nearly 500,000 new titles.