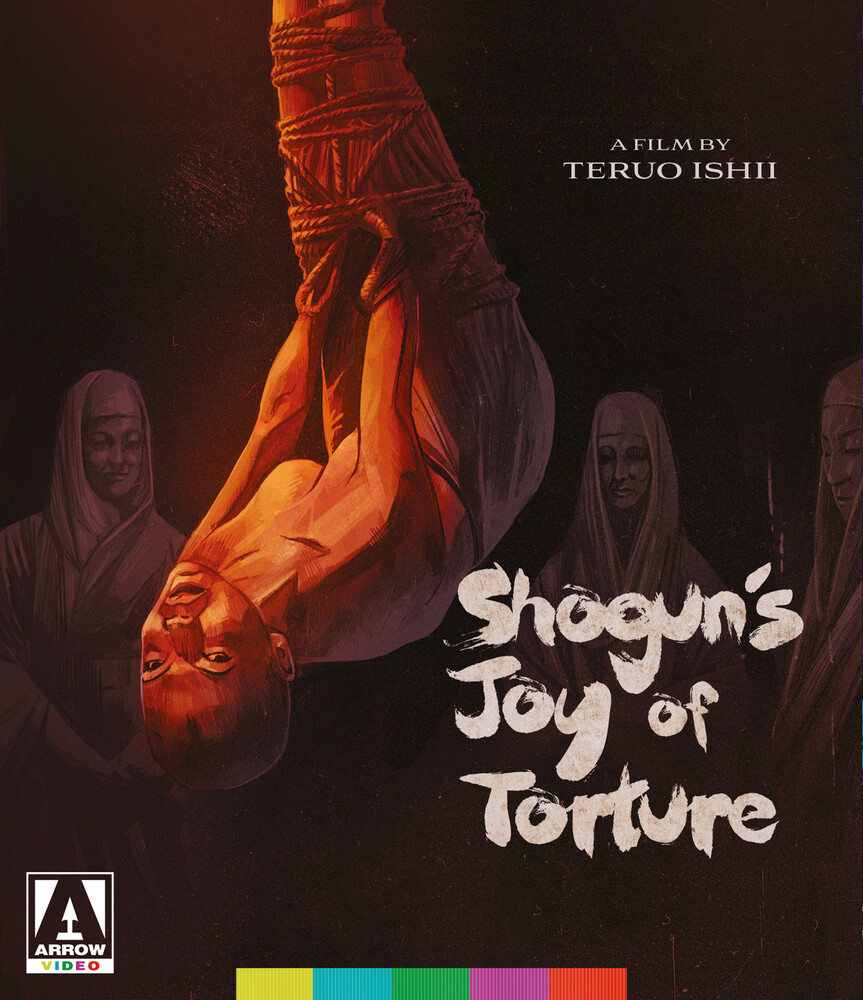 From the outrageous imagination of cult director Teruo Ishii (Orgies of Edo, Horrors of Malformed Men) comes this infamous omnibus of three shocking tales of crime and punishment based on true-life documented cases set during the reign of the Tokugawa shogunate. The first tale sees the beautiful Mitsu (Masumi Tachibana) going to horrifying lengths to tend to her older brother Shinzo (Teruo Yoshida), a carpenter injured in a work accident, but the law catches up on them and metes out a terrifying retribution after they violate the ultimate taboo. In the second, unfettered passions in a Buddhist nunnery are not allowed to go unpunished after abbess Reiho (Yukie Kagawa) and her attendant Rintoku (Naomi Shiraishi) encounter a virile young monk from a neighboring temple. In the closing segment, a sadistic torturer (Fumio Watanabe) attempts to show a tattoo artist (Asao Koike) how to depict convincing expressions of faces of pain in his work by allowing him to sketch a selection of Europeans as they are tortured for entering Japan with the aim of spreading Christianity. Ishii's notorious portmanteau of Edo-era excess signaled a change in direction for a director until then regarded for his crime and yakuza films, setting the ball rolling on the run of grotesque historical anthologies for which he is now best remembered. Vehemently denounced by the critics of the day, Shogun's Joy of Torture set a new benchmark for the depiction of sex, sadism and depravity in Japanese exploitation, with Ishii staging his elaborate torture methods with an unmatched verve and inventiveness.
All New Items on flyvintageandvinyl.com are Priced Below MSRP
and do not reflect our in-store prices and are not necessarily in stock at our physical store.
In fact, most items won’t be because we’re a small, family run business and don’t have space to stock nearly 500,000 new titles.