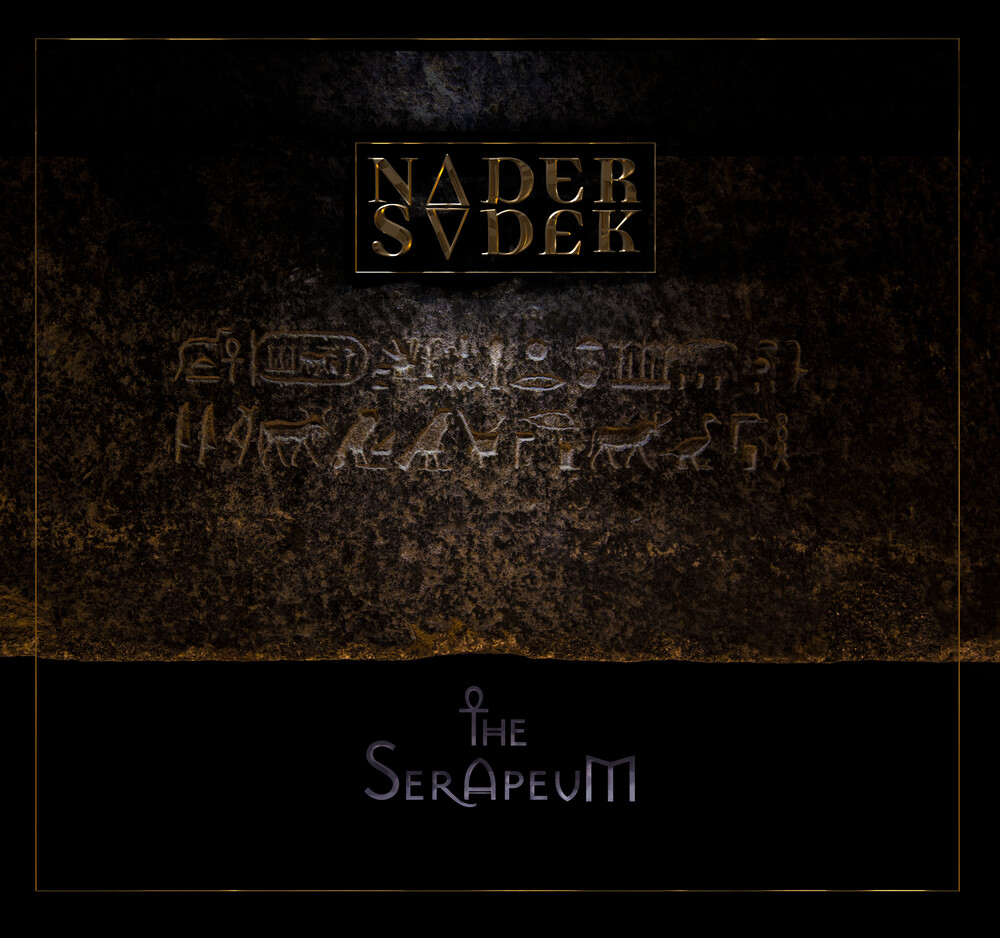 "The Serapeum" is the new single from Nader Sadek, featuring Karl Sanders (Nile) and Derek Roddy (Serpents Rise, formerly Nile) and Mahumud Gecekusu (perversion), who visited Egypt in 2017 at the invitation of Sadek and Cairometal. Net. This marks Sanders' and Roddy's (and several of the additional collaborators) first ever visit to the ancient land. Inspired by this visit, Sadek, Sanders, Roddy, and Gecekusu developed two versions of the song "The Serapeum," named after a unique, ancient Egyptian subterranean burial chamber the group explored. The first version, "The Serapeum: Black Osiris," adapts the style followers of Sadek are used to: savage death metal featuring guitar harmonies and avante-garde melodies often found in black metal. It also contains choral chanting by Florian Magnus Maier/Morean (Dark Fortress, Alkaloid) while Shaun LaCanne (Putrid Pile) backs Sadek up on the chorus. Bass duties are handled by Benoit Clause (Gorod). Gecekusu plays all the rhythm, while Sanders adds a guitar solo. The second version, "The Serapeum: Polluted Waters," features Sanders' signature tone on rhythm guitar yet offers a different angle of experimentation, with the inclusion of eastern harmonies and drones provided by Alex Zubair (Nephelium), and instead of chants, Nancy Mounier, one of Egypt's top musical talents, adds the ever haunting theremin to the mix. Dominic 'Forest' Lapoint plays the low end, and Gecukusu swaps solo spots with Sanders on this version. Both versions feature Roddy's incredible drumming along with Sadeks ferocious vocal delivery and his first ever in-studio vocal recording. To complete this musical encounter with the archaeological wonders of Egypt, Sadek recorded the vocals inside the inner chamber of Giza's "Red Pyramid. " With the exception of the musicians on the last track, every single member involved in the production of this 4-track EP has been to Egypt. Including mixing and mastering engineers Mendel Bij de Leij and Ahdy Khairat
All New Items on flyvintageandvinyl.com are Priced Below MSRP
and do not reflect our in-store prices and are not necessarily in stock at our physical store.
In fact, most items won’t be because we’re a small, family run business and don’t have space to stock nearly 500,000 new titles.