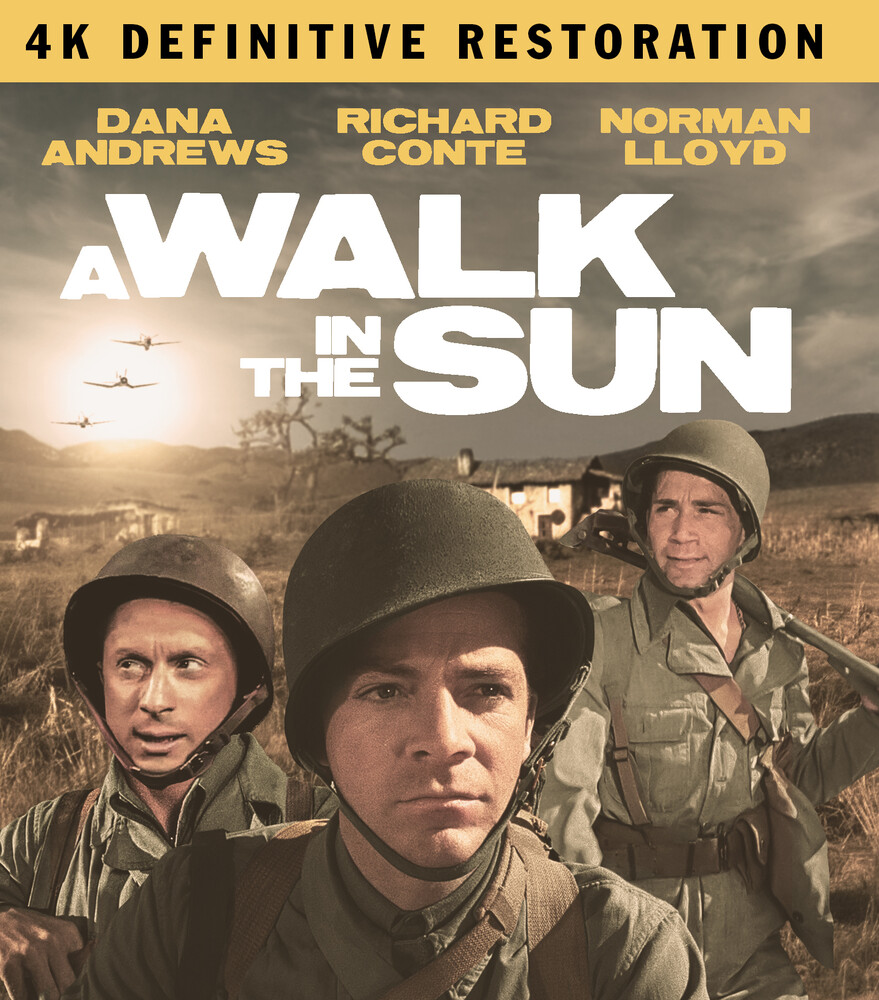 Lewis Milestone, Academy Award r Best Director winner for All Quiet on the Western Front (1930) directs this compelling drama of American soldiers in combat during the Allied invasion of Italy in September 1943. Dana Andrews, Richard Conte, John Ireland, Lloyd Bridges, and Norman Lloyd head a stellar ensemble cast comprising the lead platoon of Texas Division of the U.S. Fifth Army. This eclectic group of citizen-soldiers are thrust into a life-or-death mission to blow up an enemy bridge while attempting to capture a strategic farmhouse heavily garrisoned by German troops. The dilemma of the common soldier trudging to an unknown fate under a blazing Italian sun is captured by the different thoughts and personalities of a disparate group of men under arduous stress. Who will rise to the occasion or crumble under pressure? Robert Rossen's literate script dramatizes the narrative from the perspective of the infantryman whose mundane routine of service-related ennui is interspersed with heart-pulsing action amid the ever-present specter of sudden death. Once seen, it is never to be forgotten. The superb camera work by six-time Academy Award r nominee Russell Harlan is supported by the titular ballad written by Millard Lampell and Earl Robinson and performed by renowned African-American operatic singer Kenneth Spencer. A Walk in the Sun was named as one of the year's top films by the National Board of Review, was nominated for Best Film by the British Academy of Film and Television Arts (BAFTA) and was added to the National Film Registry in 2016 for it's cultural, historical and aesthetic significance. Once seen, it is never to be forgotten.
All New Items on flyvintageandvinyl.com are Priced Below MSRP
and do not reflect our in-store prices and are not necessarily in stock at our physical store.
In fact, most items won’t be because we’re a small, family run business and don’t have space to stock nearly 500,000 new titles.