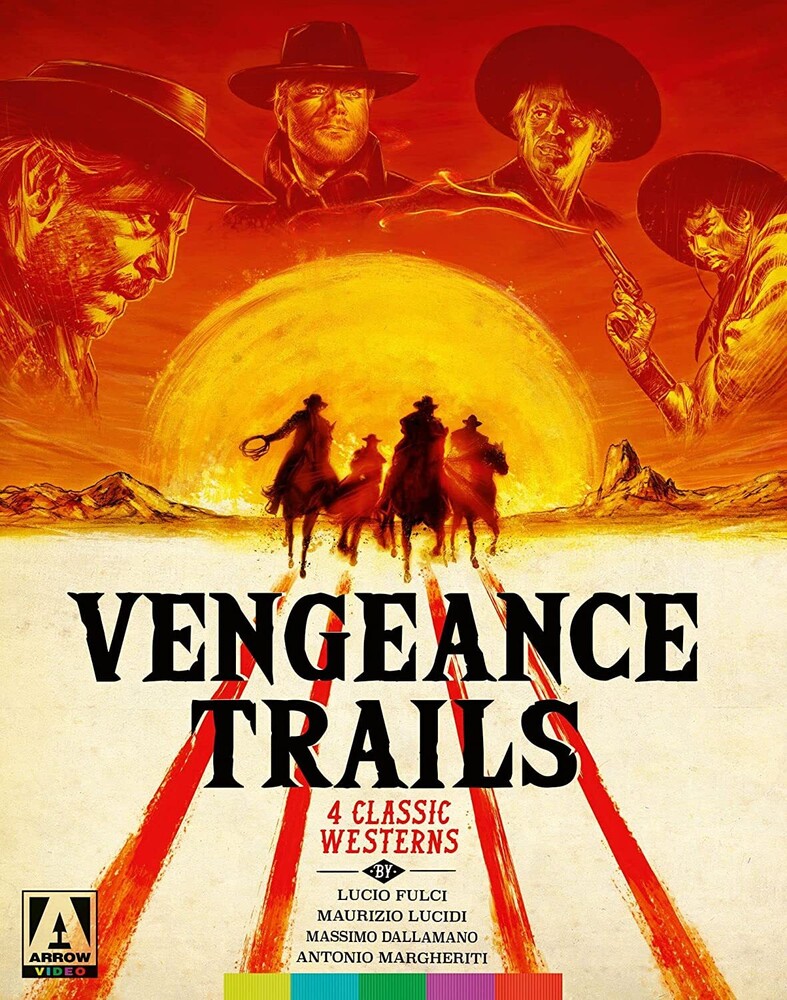 In the mid-1960s, the runaway success of Sergio Leone's "Dollars" trilogy gave rise to an explosion of similar productions as filmmakers by the dozen sought to capitalize on this new, uniquely Italian take on the western, characterized by their deeply cynical outlook, morally compromised antiheroes and unflinching depictions savage violence. This specially curated selection gathers together four outstanding examples of the genre from the height of it's popularity, all centered around a theme of revenge. In Lucio Fulci's Massacre Time (1966), Franco Nero and George Hilton star as estranged brothers forced to band together against the powerful businessman and his sadistic son who've seized control of their hometown. In Maurizio Lucidi's My Name is Pecos (1966), Robert Woods stars as the eponymous Mexican gunslinger, returning to Houston to settle a long-standing score against the racist gang boss who wiped out his entire family. In Massimo Dallamano's Bandidos (1967), Enrico Maria Salerno plays a former top marksman who, years after being maimed by a former protĂ©gĂ©, teams up with a fresh apprentice to get his revenge against the man who betrayed him. Finally, in Antonio Margheriti's And God Said to Cain (1970), the inimitable Klaus Kinski stars as a man who has spent the last decade in a prison work camp for a crime he didn't commit and who, upon his release, immediately sets out to wreak vengeance on the men who framed him. Featuring a wealth of key Euro cult talent both behind and in front of the camera, Arrow Video is proud to present these four classic westerns in sparkling high definition restorations, three of them produced specially for this release, alongside a plethora of brand new bonus materials.
All New Items on flyvintageandvinyl.com are Priced Below MSRP
and do not reflect our in-store prices and are not necessarily in stock at our physical store.
In fact, most items won’t be because we’re a small, family run business and don’t have space to stock nearly 500,000 new titles.