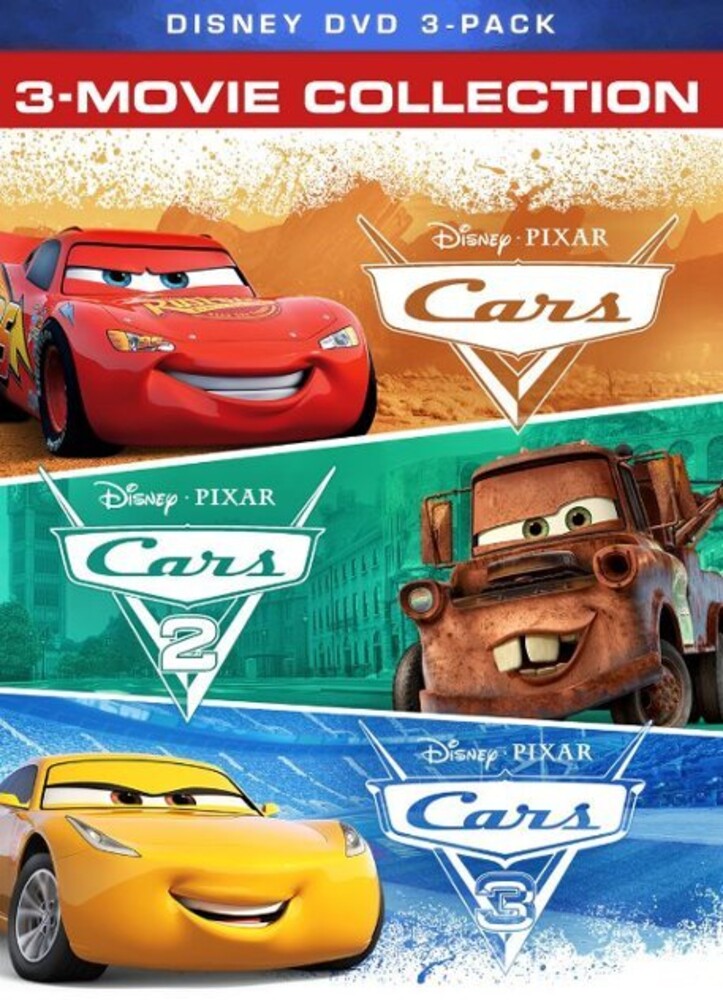 Three-disc set includes: Cars (2006)Stranded in the "hick town" of Radiator Springs while on his way to the Piston Cup Grand Prix, self-absorbed hotshot race car Lightning McQueen (voiced by Owen Wilson) gets his attitude tuned up by a wise old Hudson named Doc (Paul Newman) and a cute blue coupe named Sally (Bonnie Hunt). Can they and the burg's other vehicular residents help steer him towards the road to happiness, in this shiny new adventure fresh off the Pixar lot? Also stars the voices of Larry the Cable Guy, Tony Shaloub, and George Carlin. 116 min. C/Rtg: G Cars 2 (2011)Pixar's silly and sensational sequel has race car superstar Lightning McQueen travelling to Japan in order to participate in the World Grand Prix. At the urging of girlfriend Sally Carrera, he brings bumpkin tow truck Mater along with him. While Lightning deals with trouble on and off the track, Mater gets wrapped up in the world of international espionage-resulting in plenty of laughs and adventure. With the voices of Owen Wilson, Larry the Cable Guy, Michael Caine, Emily Mortimer. Not in 3D. 106 min. C/Rtg: G Cars 3 (2017)Though the competitive fires still burned in his engine, veteran race car Lightning McQueen (voiced by Owen Wilson) knew time was passing him by... as were new-school opponents like the arrogant Jackson Storm (Armie Hammer). After a disastrous crash, a recovering Lightning looks to his past-and retraining-to try and grab one more checkered flag. Thrilling third entry for the Pixar franchise also features the voices of Cristela Alonzo, Bonnie Hunt, Larry the Cable Guy, Nathan Fillion, and Chris Cooper. 102 min. C/Rtg: G
All New Items on flyvintageandvinyl.com are Priced Below MSRP
and do not reflect our in-store prices and are not necessarily in stock at our physical store.
In fact, most items won’t be because we’re a small, family run business and don’t have space to stock nearly 500,000 new titles.