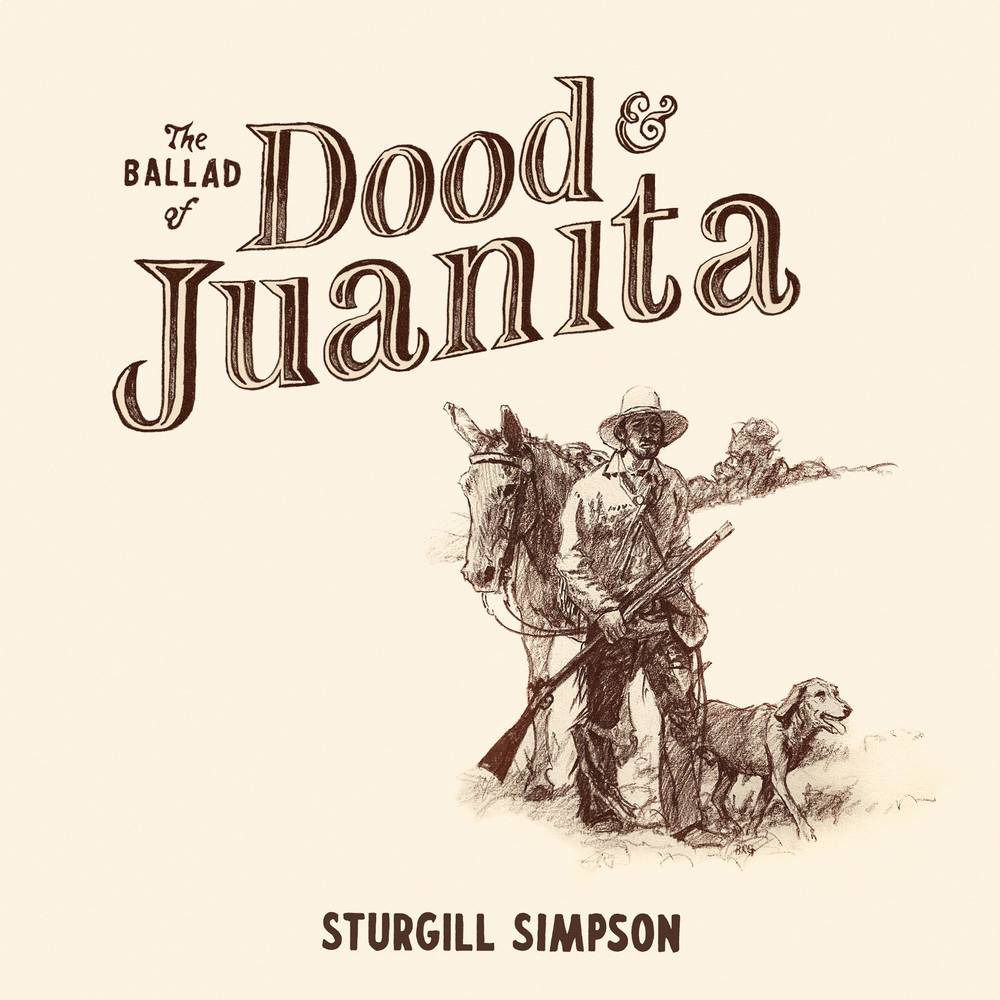 Sturgill Simpson will be releasing his new concept album, The Ballad of Dood and Juanita, on CD on August 20th, vinyl release will be December 3rd.  This is the Grammy-winning singer/songwriter's third album in twelve months and his most ambitious project to date.. Written and recorded in less than a week, and featuring the same ace musicians who played on last year's Cuttin' Grass albums, the record tells a classic American story of a Civil War-era couple torn apart by violence and reunited by love—what Simpson calls "a simple tale of either redemption or revenge."
“I just wanted to write a story—not a collection of songs that tell a story, but an actual story, front to back,” says Simpson. He describes the concept album as a “rollercoaster ride through all the styles of traditional country and bluegrass and mountain music that I love, including gospel and a cappella.”
In a career marked by risk-taking and rule-breaking, Simpson has previously challenged genre conventions with 2016’s soul-inflected A Sailor’s Guide to Earth, which won the Grammy award for Country Album of the Year and was nominated for Album of the Year, and 2019’s Sound & Fury, which was nominated for Rock Album of the Year.
The Ballad of Dood and Juanita is available on an indie record store-exclusive CD that includes a printed illustration from the album artwork. A standard CD is also available. On 12/3/21, the vinyl will be available on indie-exclusive Translucent Natural vinyl, and will include another 11x11 print of the illustration on the front cover. Standard black vinyl is also available. Support your local independent record store.
All New Items on flyvintageandvinyl.com are Priced Below MSRP
and do not reflect our in-store prices and are not necessarily in stock at our physical store.
In fact, most items won’t be because we’re a small, family run business and don’t have space to stock nearly 500,000 new titles.