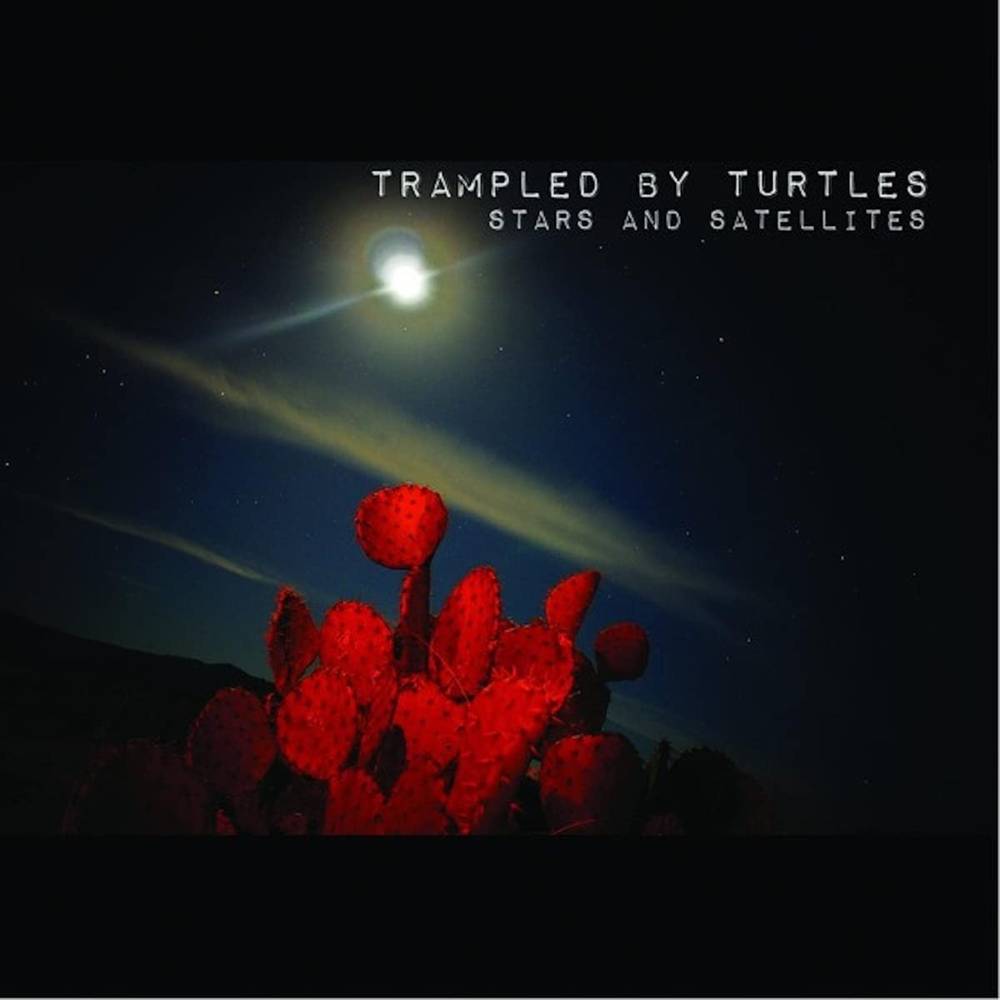 Stars and Satellites is an album by Minnesota-based bluegrass group Trampled by Turtles, released April 10, 2012, on their label BanjoDad Records. According to Dave Simonett, the creation of their sixth studio album started in the fall of 2011. Their studio was a log home outside Duluth, where they moved furniture aside, set up microphones and started to develop the album. The album has been on Billboard's bluegrass charts since April 18, 2012. It was also No. 14 on the Billboard Folk Album Chart, and peaked at No. 32 on the Billboard Top 200 Chart.
The limited run 10th Anniversary Edition features Red Vinyl + bonus orange flexi disc with 2 tracks. “Alone feat. Caamp (Live at Red Rocks)” has never been released in physical form and “Stars and Satellites (demo)” has never been released in any format. The latter will be exclusive to this edition and not available digitally.