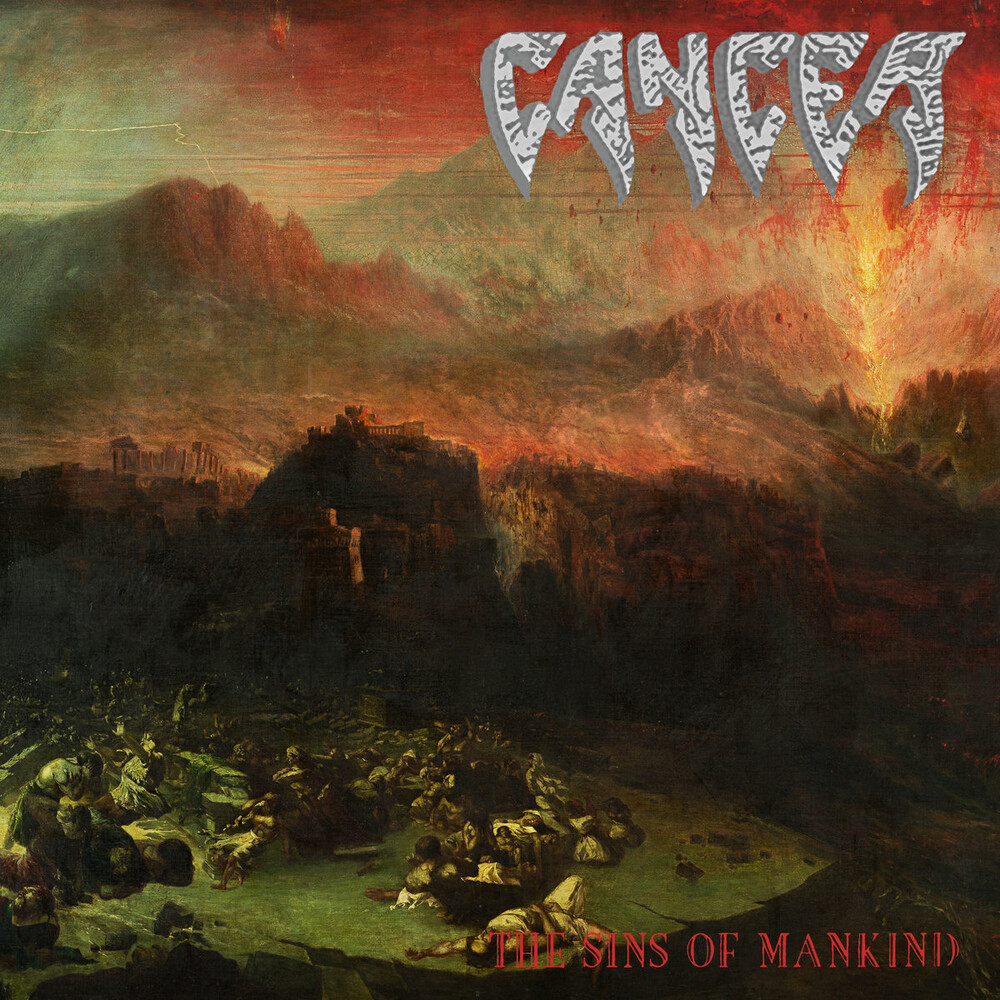 Limited colored vinyl LP pressing. UK death metal gods Cancer burst onto the UK extreme metal scene over three decades ago and amassed a strong global following over the course of six studio albums, including a stint with major label East West under Warner Music. 2018's Shadow Gripped album reunited the core band of John Walker (guitar/vocals), Ian Buchanan (bass) and Carl Stokes (drums) for the first time since 1995 for a new masterclass of twisted brutality. The Sins of Mankind saw Cancer evolving beyond the frontiers of the first two albums and presented an opus somewhat more ambitious, challenging and dynamic, whilst clearly retaining the brutal trademarks & distinguishing style so effectively employed on To the Gory End and Death Shall Rise. There was evidently a well-developed maturity and texture to the song-writing coming to the fore, resulting in a new masterpiece which stood up alongside it's predecessors whilst forging a new chapter for the band. The Sins of Mankind was recorded at The Windings in Wrexham, UK (Napalm Death, Gorguts, Anathema), with mixing handled by Simon Efemey (Paradise Lost, Amorphis). Joining the trio for this album was Barry Savage on lead guitar.
All New Items on flyvintageandvinyl.com are Priced Below MSRP
and do not reflect our in-store prices and are not necessarily in stock at our physical store.
In fact, most items won’t be because we’re a small, family run business and don’t have space to stock nearly 500,000 new titles.