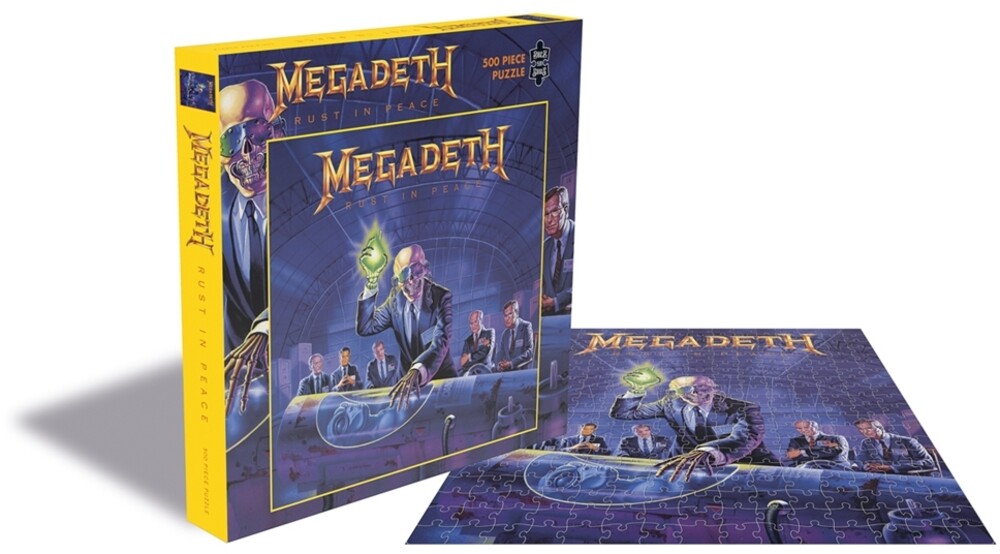 "Rust In Peace" is the fourth studio album by American heavy metal band Megadeth, released on September 24, 1990. It was the first Megadeth album to feature new members, guitarist Marty Friedman and drummer Nick Men-za. It received universal acclaim from fans and critics, and was responsible for bringing Megadeth to the attention of a mainstream metal audience. It has been cited as one of the best thrash metal records of all time by publi-cations such as Decibel and Kerrang!, and listed as one of the 1001 Albums You Must Hear Before You Die. The album was nominated for a Grammy Award for Best Metal Performance at the 33rd Grammy Awards. Two singles were released from the album: "Hangar 18" and "Holy Wars... The Punishment Due", which, along with "Tornado Of Souls", have become staples of the band's live performances. It also features complex musical structures and lyri-cal themes such as nuclear war and UFOs. The album's cover art, created again by Ed Repka, references "Hangar 18". Another addition to the Rock Saws jigsaw catalogue. 500 pieces on high quality board as standard. 500 pieces, Weight: 490g, Jigsaw size: 41 cm x 41 cm, Box size: 30.9cm x 30.9cm x 2.8cm
All New Items on flyvintageandvinyl.com are Priced Below MSRP
and do not reflect our in-store prices and are not necessarily in stock at our physical store.
In fact, most items won’t be because we’re a small, family run business and don’t have space to stock nearly 500,000 new titles.