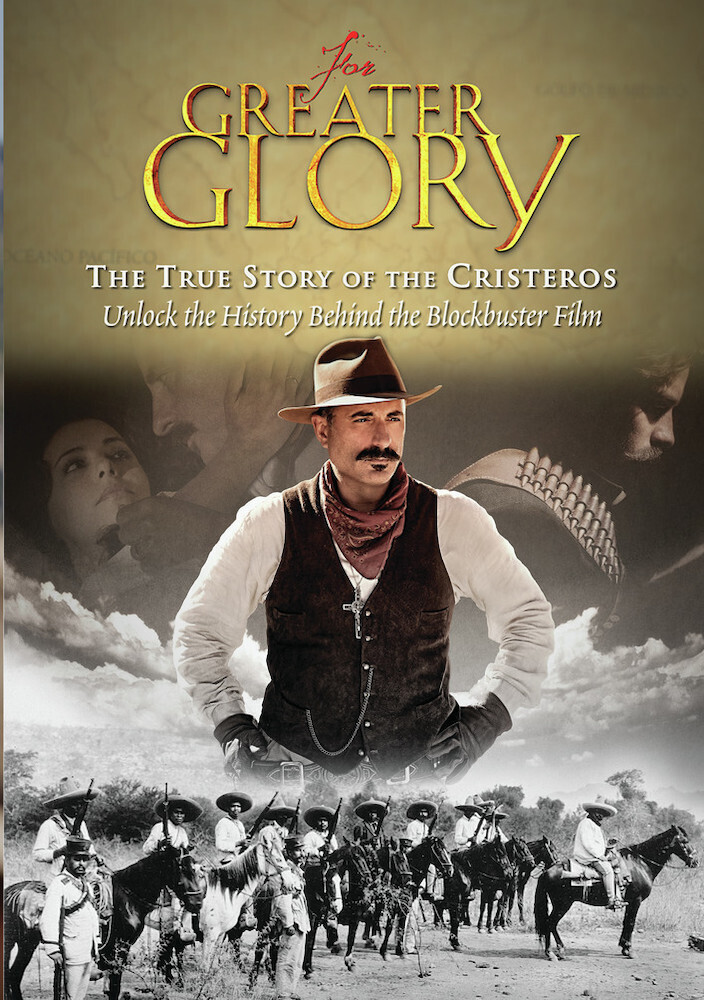 In 1926 the Mexican Government declared war on the Catholic Church. Priests were killed and exiled, Churches were pillaged and Mexican Catholics were forced to live in abject terror. But in their darkest hour, the faith of the nation's Catholics proved unshakeable. Emboldened by the bitter persecution, the Mexican faithful known as Cristeros refused to cower to intimidation, and took up arms in a three-year civil war that pitted freedom-loving citizens against the brutal regime of President Plutarco Elias Calles. For Greater Glory: The True Story of the Cristeros is a 30 minute documentary produced in collaboration with the major motion picture starring Andy Garcia, Eva Longoria and Peter O'Toole. Weaving together interviews with leading historians, theologians and descendants of the Cristeros along with behind the scenes footage of the making of the feature film For Greater Glory this documentary captures the unforgettable characters and the courageous faith that allowed freedom to triumph over tyranny.
All New Items on flyvintageandvinyl.com are Priced Below MSRP
and do not reflect our in-store prices and are not necessarily in stock at our physical store.
In fact, most items won’t be because we’re a small, family run business and don’t have space to stock nearly 500,000 new titles.