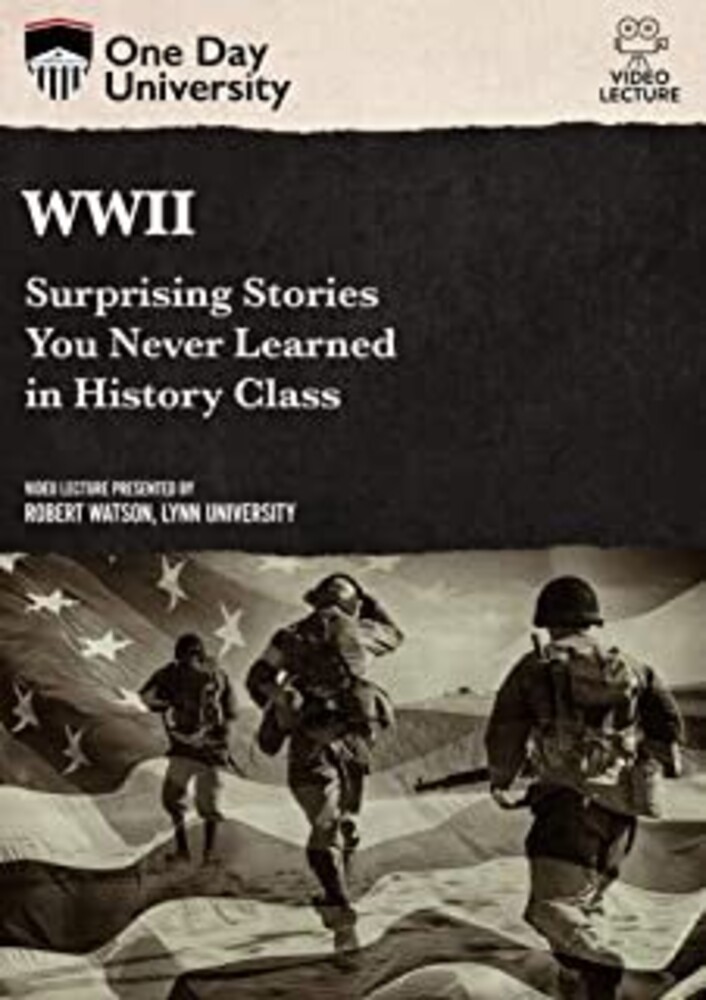 One Day University presents a series of video lectures recorded in real-time from some of the top minds in the United States. Given by award-winning professors and experts in their field, these recorded lectures dive deep into the worlds of religion, government, literature, and social justice. World War II is arguably the most tragic episode in human history. The six-year war began in Europe but soon spread to all corners of the globe with countless men, women, and children affected by the struggle. Millions were killed on the battlefield, in the air, and on the sea. And as everyone knows, an estimated 6 million Jews were killed by the Nazi's in accordance with Hitler's master plan to exterminate their entire race. The chronology is well known, but during a war this complex and lengthy, there are many surprising and sometimes shocking incidents that occurred that are less well known-especially during the final chaotic days of the conflict. This lecture will explore the desperate and bizarre actions of the Nazis at the end of the war and the challenges confronting the allies in rescuing Holocaust prisoners, as well as the difficulties historians face in uncovering and making sense of such stories and the role of government in declassifying war documents.
All New Items on flyvintageandvinyl.com are Priced Below MSRP
and do not reflect our in-store prices and are not necessarily in stock at our physical store.
In fact, most items won’t be because we’re a small, family run business and don’t have space to stock nearly 500,000 new titles.