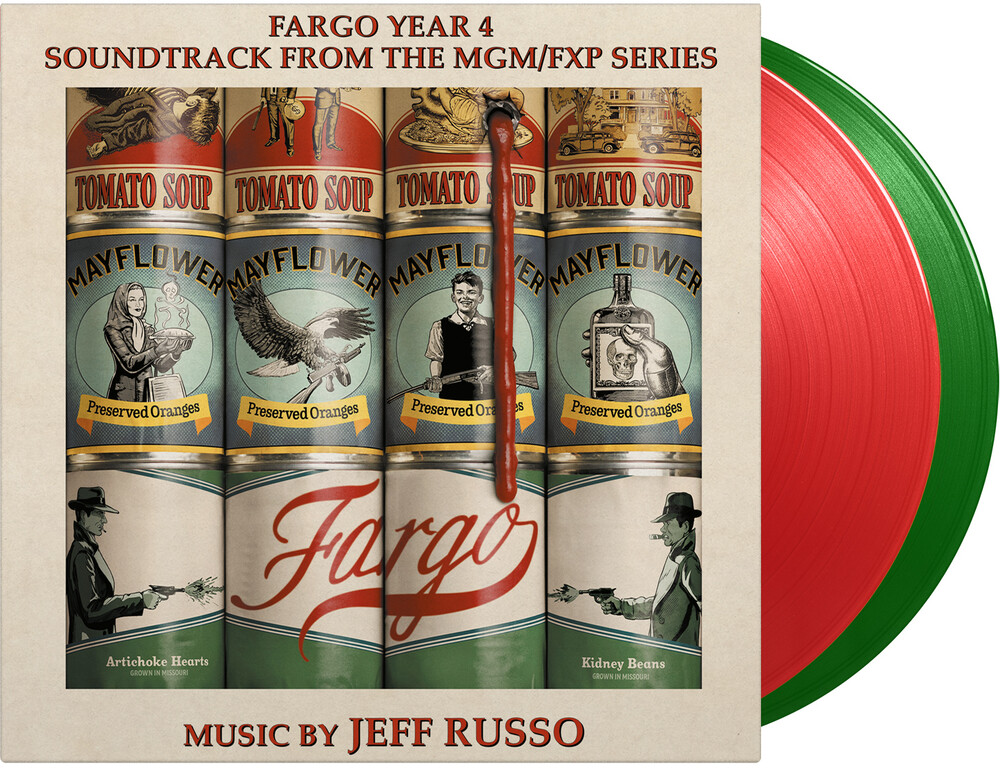 Season 4 of the popular dark comedy-crime drama anthology series Fargo (inspired by Joel & Ethan Coen's 1996 movie of the same name) was released in 2020. Again, produced by the Coen brothers, this season stars Chris Rock, Jessie Buckley, Jason Schwartzman, Ben Whishaw and Jack Huston and is set in Kansas City, Missouri in November 1950. The story revolves around the head of a crime syndicate made up of black migrants who are fleeing the Jim Crow South and have a contentious relationship with the Kansas City mafia. The season was well received, with Chris Rock and Glynn Turman receiving Critics' Choice Television Award nominations for Best Actor and Best Supporting Actor in a Limited Series. Jeff Russo served as the composer for the soundtrack. While the previous Fargo soundtracks leaned heavily on rock, this one has a jazzier vibe, which is very fitting to the era and place in which the season is set. Available as a limited edition of 1000 individually numbered copies on translucent red (LP 1) and translucent green (LP 2) vinyl. Two printed innersleeves, a 4-page insert, and an exclusive Loy Cannon (Chris Rock) fridge magnet are included.
All New Items on flyvintageandvinyl.com are Priced Below MSRP
and do not reflect our in-store prices and are not necessarily in stock at our physical store.
In fact, most items won’t be because we’re a small, family run business and don’t have space to stock nearly 500,000 new titles.